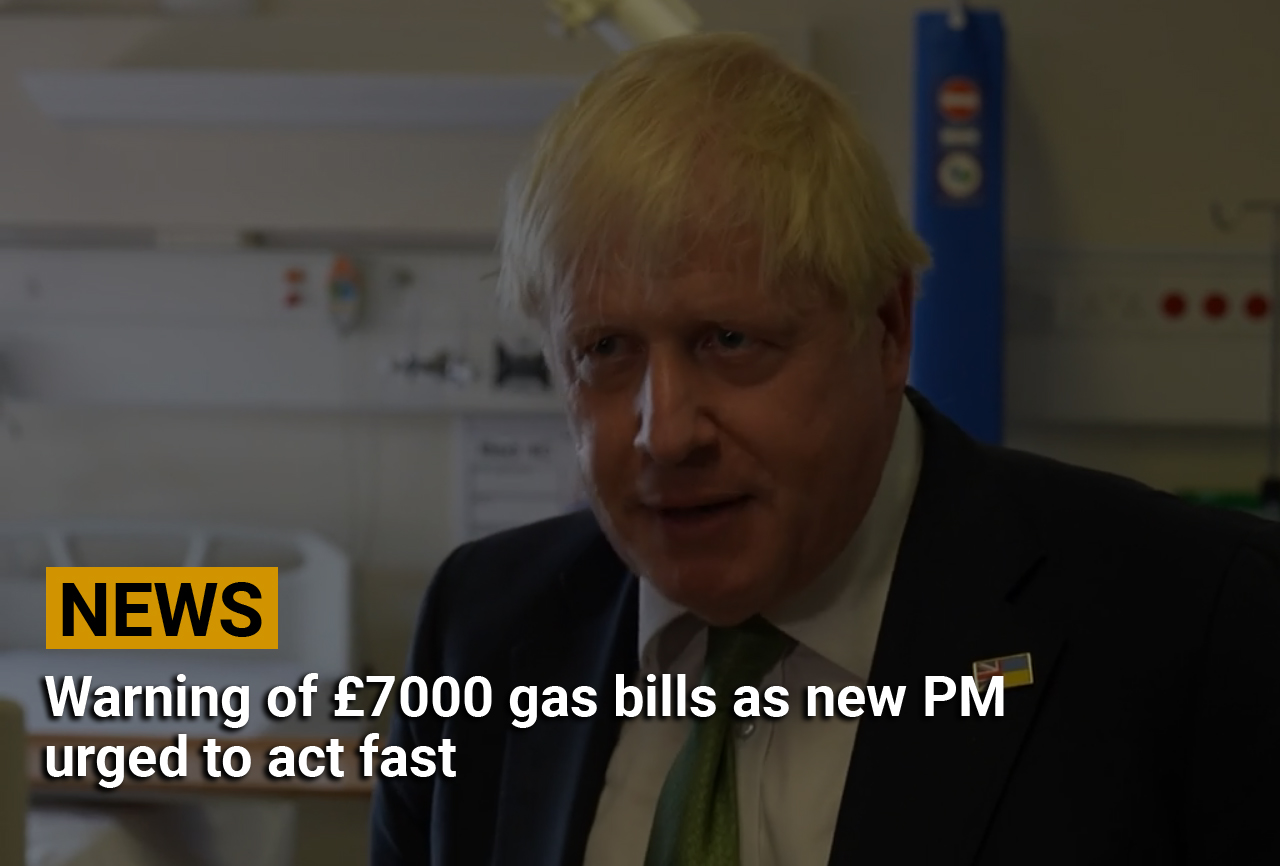 Britain’s next Prime Minister will have to act “decisively and urgently” to protect millions of households from astronomical gas and electricity bills after a record jump in the price cap to £3,549, the energy regulator warned on Friday.

Ofgem issued the plea after announcing that the energy cap, currently at £1,971, would jump by a staggering 80 per cent in October and braced the nation for it to spiral even higher. Independent forecasts say it could sky-rocket to nearly £5,400 in January or higher, and longer term predictions suggest it could even hit up to £7,200 in April.

Consumer champion Martin Lewis said the situation was a “genuine social and financial catastrophe that is putting lives at risk”, predicting another 51 per cent rise in January. He added that some high usage households could end up paying £10,000 a year.

The cap, which affects some 24 million households, means the average yearly bill will go up to £3,549 in the autumn. The 4.5 million pre-payment meter customers, who are often the most vulnerable and already in fuel poverty, will see their average annual bill rise to £3,608

The regulator laid the blame for the recent hikes firmly on Vladimir Putin’s “aggressive economic act” with his “slow and deliberate” cut in the flow of gas to Europe as he tries to weaken the West’s support for Kyiv.

Emphasising that the gas price this winter was 15 times more than the cost two years ago, he added: “Now if that were happening in petrol, it would cost us £400 to £500 just to fill up our car.”

Chancellor Nadhim Zahawi said the increase in the energy price cap would cause “stress and anxiety” for people, but that the Government was working “flat out” to develop more options to support households.

“This will mean the incoming Prime Minister can hit the ground running and deliver support to those who need it most, as soon as possible,” he added.

Foreign Secretary Liz Truss, who is believed to be ahead of ex-chancellor Rishi Sunak to be the next PM, pledged to “ensure people get the support needed to get through these tough times”.

However, so far her plans have been tax cuts and more targeted help for the less well-off, with Mr Sunak also offering the latter and proposing to temporarily axe VAT from fuel bills.

Shadow chancellor Rachel Reeves said people were “worried sick” about the bill hikes that were “striking fear in the hearts of families right across the country”.

She accused the Government of a “dereliction of duty” as no minister was on the media round to speak about the energy situation and urged it to adopt Labour’s policy of freezing the cap at a cost of £30 billion for six months.

Dame Clare Moriarty, chief executive of Citizens Advice, pleaded with the Government to throw many households a “lifeline” to get through the winter.

“We are facing a crisis already that is greater than what we saw in the pandemic. People are absolutely terrified…People are coming to us are facing impossible choices about heating and eating.”

Fuel poverty charity National Energy Action said the number of households in fuel poverty would double to 8.9 million in October, compared with a year ago. Its chief executive, Adam Scorer, said: “We will have a million more homes that will not be heated this winter. It’s a pretty simple equation —that leads to more ill-health, it leads to more death.”

Pensioners and other less well-off individuals have told of their fears over not being able to afford heating, with some saying they would simply not pay their bills.

Consultancy Cornwall Insights forecasts the cap could rise to £5,386 in January and £6,616 in April, with

Auxilione predicting that it could even hit £7,263 then. ScottishPower chief executive Keith Anderson, said: “The size and scale of this issue is truly catastrophic for UK households and that’s why only a big solution can tackle it once and for all to shelter people from the worst this winter.”

The industry is proposing a £100 billion scheme which would see the cap frozen for three years and the debt paid back through bills above the price of energy for the rest of a decade.

Yogi case: UP denied sanction to prosecute 2 months after he took over as CM