Home NEWS Yogi case: UP denied sanction to prosecute 2 months after he took over as CM 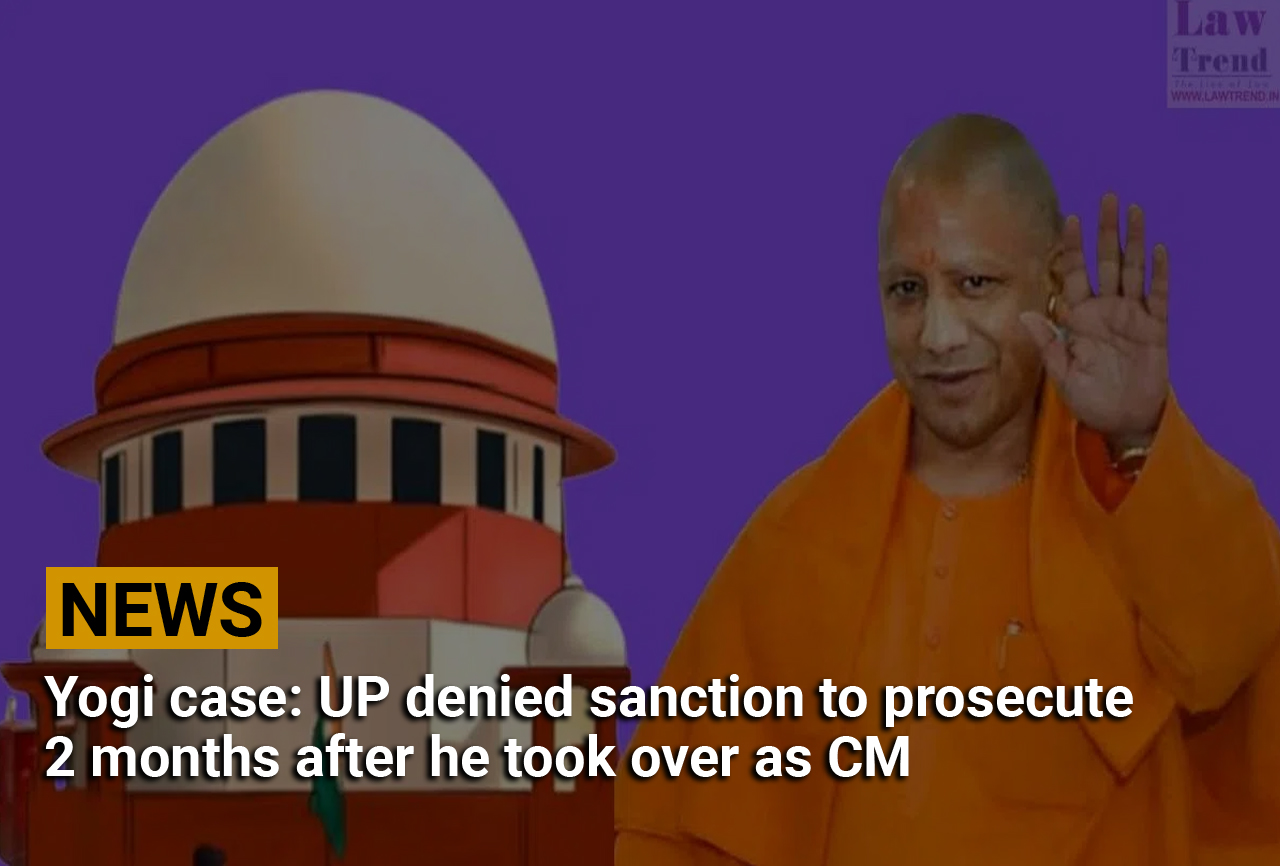 The Supreme Court Friday dismissed an appeal challenging the Allahabad High Court judgment that had upheld the Uttar Pradesh government’s refusal to allow sanction to prosecute Chief Minister Yogi Adityanath in a 2007 inflammatory speech case. The Court, however, left open the legal question arising out of the denial of sanction to be decided in the appropriate case.

It was two months after Adityanath became CM for the first time in 2017 that the UP government informed the High Court that it had refused sanction for prosecuting him and others booked in the case.

The High Court bench was hearing a petition filed by Parvez Parvaz and Asad Hayat, challenging the government’s refusal of sanction and seeking that the probe be handed over to an independent agency like the CBI. They said that the state police’s CB-CID was “deliberately delaying and impeding the investigation”.

Parvaz, who is lodged in jail, is a complainant in one of the FIRs lodged after the 2007 incident that happened in Gorakhpur. At the time, Adityanath was the Gorakhpur MP.

In its affidavit filed in May 2017, the government said that the sanction for prosecution under IPC Sections such as 153 (A) — promoting enmity between different groups — was refused because the CD, which was presented as the main evidence, had been “tampered” with. The government said this had been determined by the Central Forensic Science Laboratory.

Parvez Parvaz then moved the Supreme Court, contending whether, as CM, Adityanath could have participated in the process of granting of sanction.

The incident of January 27, 2007, dealt with fatal injuries to Raj Kumar Agrahari in a clash between two groups during a Muharram procession. Parvaz, a former Gorakhpur-based journalist and activist, had filed a case on September 26, 2008. Parvaz claimed that Adityanath had delivered speeches seeking “revenge” for the death of the Hindu youth, and that he had videos of the same.

In its affidavit filed in court, the government said the forensic report had found that the submitted videos of the speeches were not original and had been “edited and tampered (with)”, and that voice samples were not directly taken from Adityanath but from some other speech of his.

In July 2020, the District and Sessions Court of Gorakhpur sentenced Parvaz to life imprisonment in a 2018 gangrape case, after a 40-year-old woman accused him and one other person of assaulting her on June 3, 2018.