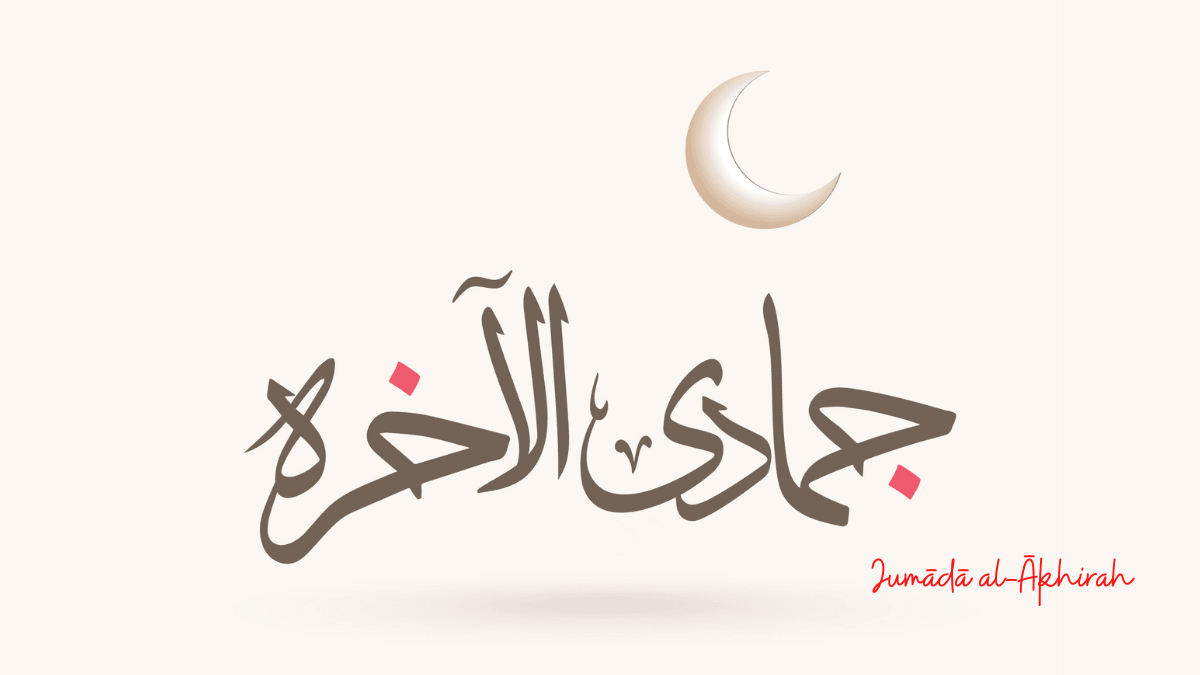 In Arabic, جماد‎ means ‘dry, arid, and parched land devoid of rain’, and ٱلْآخِر means ‘the final.’ It denotes the final or last month of dry weather. Jumādā al-Ākhirah is also written as Jumādā II.

Chronological order in the Hijri calendar

Jumādā al-Ākhirah is the sixth month of the Islamic calendar. This month comes after Jumādā al-Awwal and before Rajab.

Allah (SWT) says in the Quran:

“It is He who made the sun a shining light and the moon a derived light and determined for it phases – that you may know the number of years and account [of time]. Allah has not created this except in truth. He details the signs for a people who know.” (Surah Yunus, 10:5)

The minor battle of Dhat As-Salaasil took place in the month of Jumādā al-Ākhirah during the 8th year of Hijrah. Muslims camped north of Madinah at the well of Salsal; hence the battle was termed ‘Dhat As Salaasil’. The Prophet (ﷺ) deputed Amr bin Al-As (رضي الله عنه) as the leader of the army. Three hundred men accompanied him against the tribe of Qadaa’a.

The army traveled only at night. As the Muslims approached the enemy, Amr bin Al-As (رضي الله عنه) was informed of a large number of the enemy. He then sent Raafi’ Bin Makeeth Al Juhanee to the messenger of Allah (ﷺ) to seek reinforcements. The Prophet (ﷺ) sent ‘Ubayda Bin Al-Jarrah (رضي الله عنه) and two hundred men under his banner including Abu Bakr and Umar (رضي الله عنهما) with strict instructions from Allah’s Messenger (ﷺ) to cooperate.

When the Muslim army of 500 men reached the land of Qadaa’a, the enemy fled, and the Muslims were victorious.

Lionel Messi in numbers: After 793 goals and seven Ballon d’Ors – his World Cup win cements his spot as one of the world’s greatest footballers

The Benefits and Virtues of Rajab, the Month of Allah