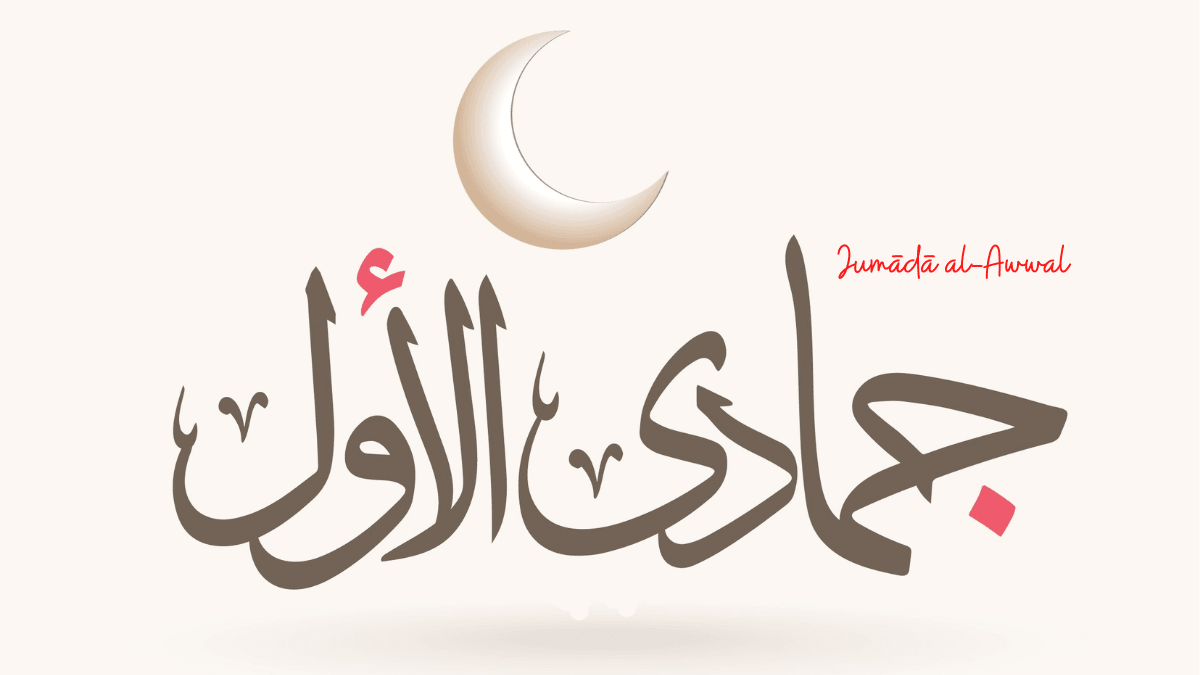 What is Jumada al-Awwal?

Jumada al-Awwal is the fifth month of the Islamic (hijri) calendar. It is also referred to as Jumada al-Ula.

When is Jumada al-Awwal?

The month will begin on 26th of November 2022, following on from the month of Rabi al-Thani.

It was common practice for the people of pre-Islamic Arabia to name the months according to the season that they occurred in, or the common practices of the time. The word Jumada derives from a word meaning dry parched land, or a land devoid of rain. It could also mean to freeze. This could be related to the weather conditions at the time when the months were first named historically. However, as the Islamic year operates on the lunar calendar and therefore moves forward 11-12 days each year. This means that the name of the month may no longer correspond to the weather conditions it was named after, or the practices originally associated with it.

What is the importance of Jumada al-Awwal?

Jumada al-Awwal is not a special month of worship. However, Allah (SWT) and His messenger the Prophet (SAW) recommend voluntary acts. For instance, giving sadaqah jaariyah, reciting the Qur’an, istighfar and performing voluntary prayers all year round.

It is important to use your time wisely. For the Believer, every moment, every day is a precious opportunity for reward and to wipe sins away with good deeds.

The Prophet (SAW) advised to:

Jumada al-Awwal, also known as Jumada al-Ula, or Jumada I, is the fifth month of the 12 lunar months in the Islamic calendar. The month spans 29 or 30 days. The origin of the name is theorized by some as from the word jamād meaning “arid, dry, or cold” – denoting the dry and parched land, hence the dry months.

The Islamic calendar 2022 is based on the moon. Also known as the Hijri Calendar 1443, it started after the Hijrah of the Prophet (PBUH) to Madina. The beginning of each month is contingent on the visibility of the moon at the end of the previous month. Once the moon is sighted, the new month commences. Each month starts with a new lunar cycle. Hence, the Muslim Calendar gives only a tentative overview of the upcoming Islamic dates as the start of each month is subject to the sighting of the moon.
The Islamic calendar consists of 12 months similar to the Gregorian calendar. However, it consists of 354-355 days unlike the 365-366 days in the regular calendar. The Islamic New Year starts off with Muharram followed by Safar, Rabi al-awwal, Rabi al-Thani, Jumada al-awwal, Jumada al-Thani, Rajab, Shaban, Ramadan, Shawwal, Dhul Qadah and Dhul Hijjah.

Waging war during four of these months is forbidden as they are considered sacred.
“The year is of twelve months, out of which four months are sacred: Three are in succession Dhul-Qa’ da, Dhul-Hijjah and Muharram, and (the fourth is) Rajab…” (Bukhari 3197)

Islamic holidays 2022 and events like Eid ul Fitr, Hajj and Eid ul Adha among many others are held according to the dates of the Islamic calendar 2022.

In the month of Jumada-al-Awwal, the Moota battle took place. Prophet Muhammad (PBUH) didn’t take part in it. As the leader of the Islamic Army, Hazrat Zaid (RA) was preferred for the battle.

The history behind the Battle’s name is the city Moota, located in Syria where the battle happened. Many other events appeared in Jumada-al-Awwal. Holy Prophet (PBUH) married Hazrat Khadija (RA) this month. The martyrdom of Hazrat Zaid (RA) occurred in it. It is also linked with the event of Hazrat Jafar’s (RA) martyrdom. Lastly, Hazrat Abdullah’s (RA) martyrdom also happened in it. Prophet Muhammad (PBUH) lost His Grandfather, Abdul Muttalib (RA) in Jumada-al-Awwal.

Umar-ibn Al-Khattab (RA), the second caliphate and the closest companion of the Holy Prophet (PBUH), was the one to initiate the Islamic calendar. Approximately in 638AD, while leading the Muslim community He met His advisers to gather over a discussion centered on the dating systems of that time. After the discussion, they all agreed on Hijrah, as the most reliable reference indicator for the Islamic Calendar. As that point was an essential turnover for the Muslim community.

The Benefits and Virtues of Rajab, the Month of Allah