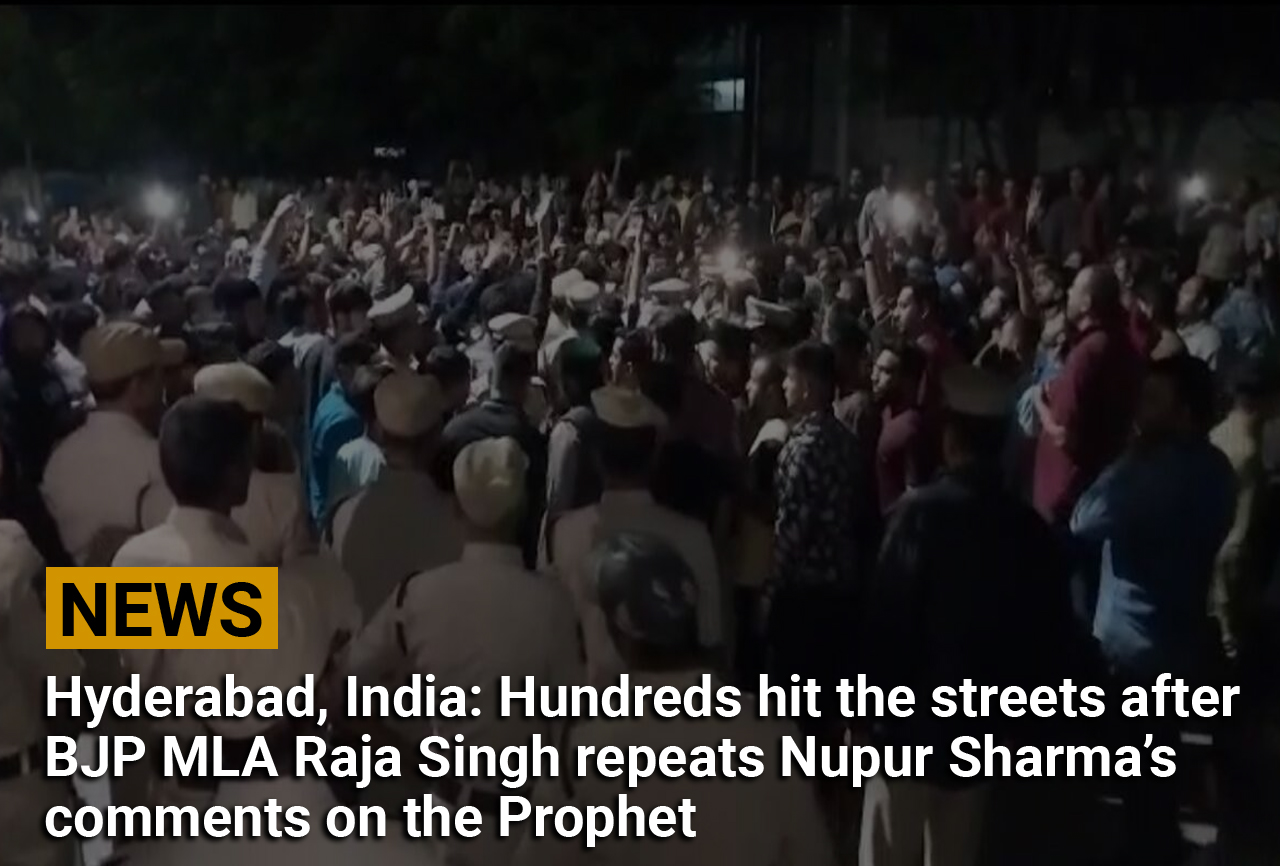 In a video shared on YouTube on Monday night, Goshamahal MLA Raja Singh spoke on stand-up comedian Munawar Faruqui and, without taking names, repeated the comments made by suspended BJP spokesperson Nupur Sharma. The video sparked protests across the old city of Hyderabad, India.

A large number of people gathered simultaneously outside multiple police stations in the old city of Hyderabad late Monday night, registering a protest, demanding the arrest of BJP MLA T Raja Singh for his alleged derogatory remarks against Prophet Mohammad in a video shared on YouTube. Protesters blocked the road outside the city police commissioner’s office in Basheerbagh and stormed into the office of the deputy commissioner of police (south zone).

The BJP MLA was arrested on Tuesday morning.

The video was released around 10 pm Monday, sparking protests from around midnight, with complaints being lodged against the two-time BJP MLA across the city. An FIR was registered at Dabeerpura police station on Tuesday even as protests continued.

“We have received several complaints. MLA Raja Singh has been apprehended. We will update you about the arrest as well as the sections soon,” Joel Davis, DCP (West Zone) told indianexpress.com

Speaking to the media, DCP (South) P Sai Chaithanya sought the support of the protesters and urged them to keep their faith in the law. “We have received complaints in all police stations against the hurtful comments made against Prophet Mohammad…I want to assure you that FIR will be registered and compulsory action would be taken. Thank you all for having faith in us and we will keep up the good work,” the DCP said, even as several protesters repeated that they do not want to take the law into their own hands.

Stand-up comedian Faruqui’s show in Hyderabad was held recently amidst police protection despite objections and protests from Hindu groups led by Raja Singh, who was taken into preventive custody ahead of the show on August 20.

“This is the first video where I have spoken like this. What is the reason? Because one person hurled abuses at my Lord Ram and Sita Mata. He did comedy on my gods and today, without any other option left, I am doing comedy on your mother. This is my anguish,” Singh said in the video.

Taking on the state government, police department and minister K T Rama Rao for supporting Faruqui’s show in Hyderabad, Singh said they should have let him be and could have seen what would have happened. Stating that he is not scared of “dying or killing”, Singh concluded the video by saying he did not like what he said and asked his followers to reflect on the happenings.