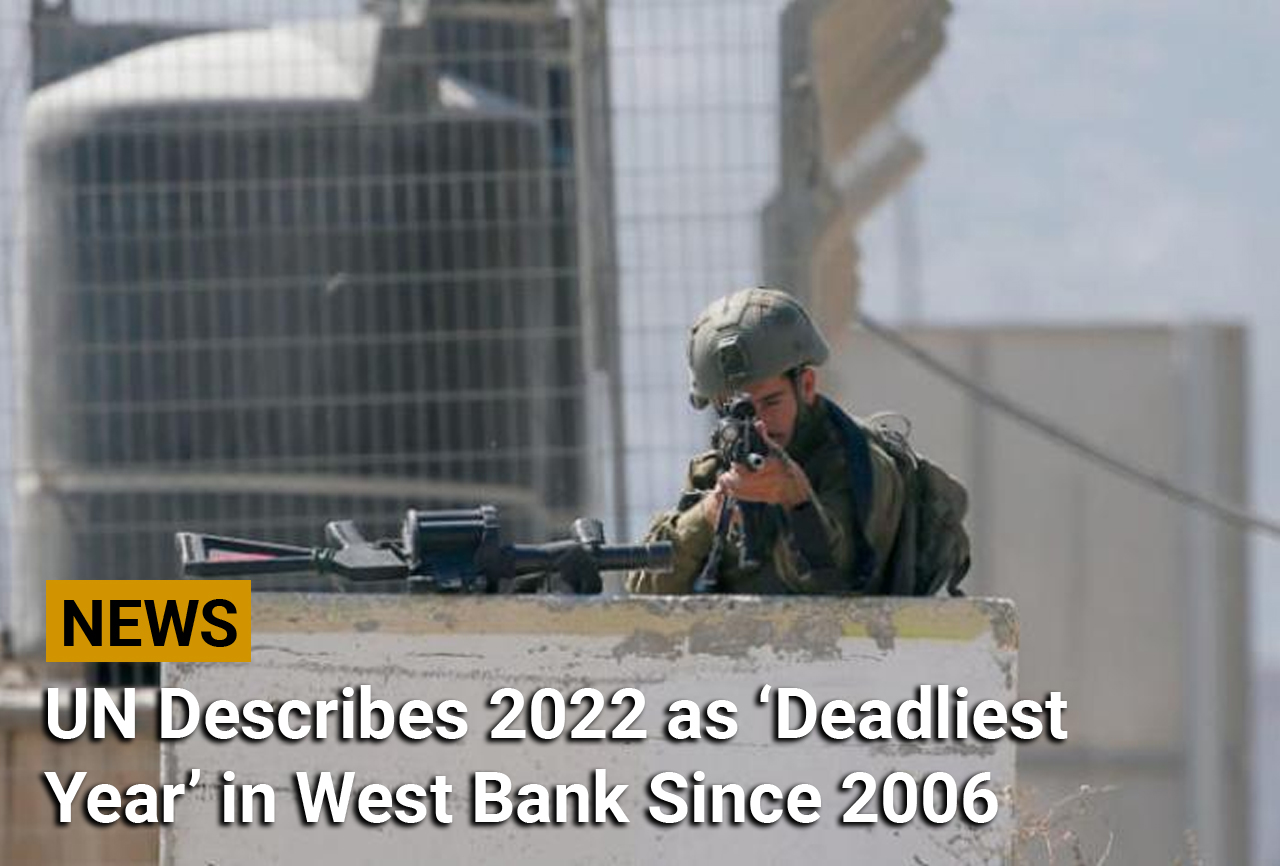 The UN described 2022 as the “deadliest year since 2006” in the West Bank due to the continuous increase in violence.

The UN Acting Humanitarian Coordinator for the occupied Palestinian territory, Lucia Elmi, said that with the killing of at least 105 Palestinians, including 26 children, by the Israeli forces, 2022 has been the deadliest year since 2006, on a monthly average, for Palestinians residing in the occupied West Bank, including East Jerusalem.

The UN statement documented a 57 percent increase in the monthly average of Palestinian fatalities compared to last year.

The coordinator said that since October, 15 Palestinians, including six children, have been killed by the occupation forces in search-and-arrest operations, exchange of fire, or in confrontations in the West Bank, including East Jerusalem, often following settler attacks or incursions into Palestinian villages.

The UN official ruled out that the victims posed a concrete or imminent threat to justify lethal force, raising concerns about the excessive use of force.

Elmi emphasized that the United Nations is concerned about increasing movement restrictions. Earlier this month, after two Israeli soldiers were shot and killed at checkpoints in Nablus and East Jerusalem, Israeli forces imposed extensive movement restrictions, limiting access of many to health care, education, and livelihoods.

“In Shu’fat refugee camp, these restrictions have largely been lifted, but they remain in place in Nablus. Huwwara, one of Nablus city’s only access points, has also seen an increase in the severity and frequency of settler violence.”

On Wednesday, the Israeli forces continued its blockade on Nablus for the ninth day, aiming to deter a new armed group in the city known as the “Aren al-Usud” group, which Israel accuses of being responsible for shootings around the city in the past few weeks.

Israel imposed a tight siege on Nablus, and the Israeli army tightened its grip on the main Hawara checkpoint while continuing to close other checkpoints, such as Deir Sharaf.

Israel targets Nablus and Jenin, in the northern West Bank, as a center of activity for Palestinians who carry out operations in Israel. It carries out frequent incursions into the cities, killing the most significant number of Palestinians there this year.

Israel killed 172 in all Palestinian territories this year, including 121 in the West Bank and 51 in the Gaza Strip, and injured over 800, including severe injuries to the head and chest.