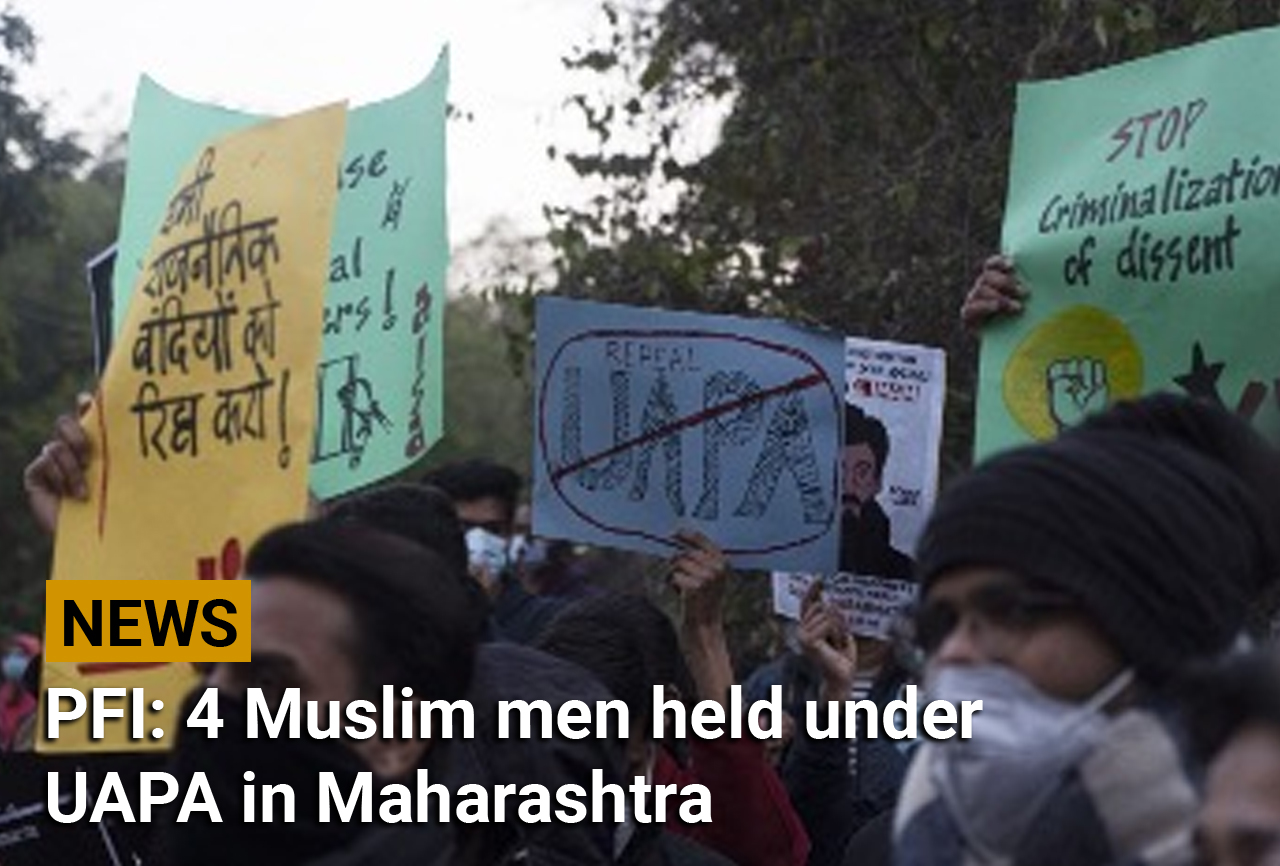 “Those arrested include a local member of the banned outfit’s state expansion committee, a local unit secretary and two other workers,” Times of India quoted an ATS official as saying.

All the four were arrested in a case registered at the Kalachowki unit of the ATS in Mumbai under section 10 of the draconian UAPA.

The ATS claimed that they had specific information about a meeting of two functionaries of the PFI and few workers in Panvel, even as the organisation has been banned by the Government of India.

“Accordingly, an ATS team conducted a search in Panvel, located about 50 km from Mumbai, and apprehended the four PFI activists,” said the official.

More than 250 Muslim men including tall leaders and intellectuals allegedly linked with the banned Muslim group PFI were detained or arrested in raids across multiple states last month. They were charged under the draconian UAPA.

Several human rights defenders and Muslim groups have objected to the five-year ban on the Muslim outfit, imposed by the Narendra Modi government.

Liz Truss resigns as PM, with new leader by next Friday