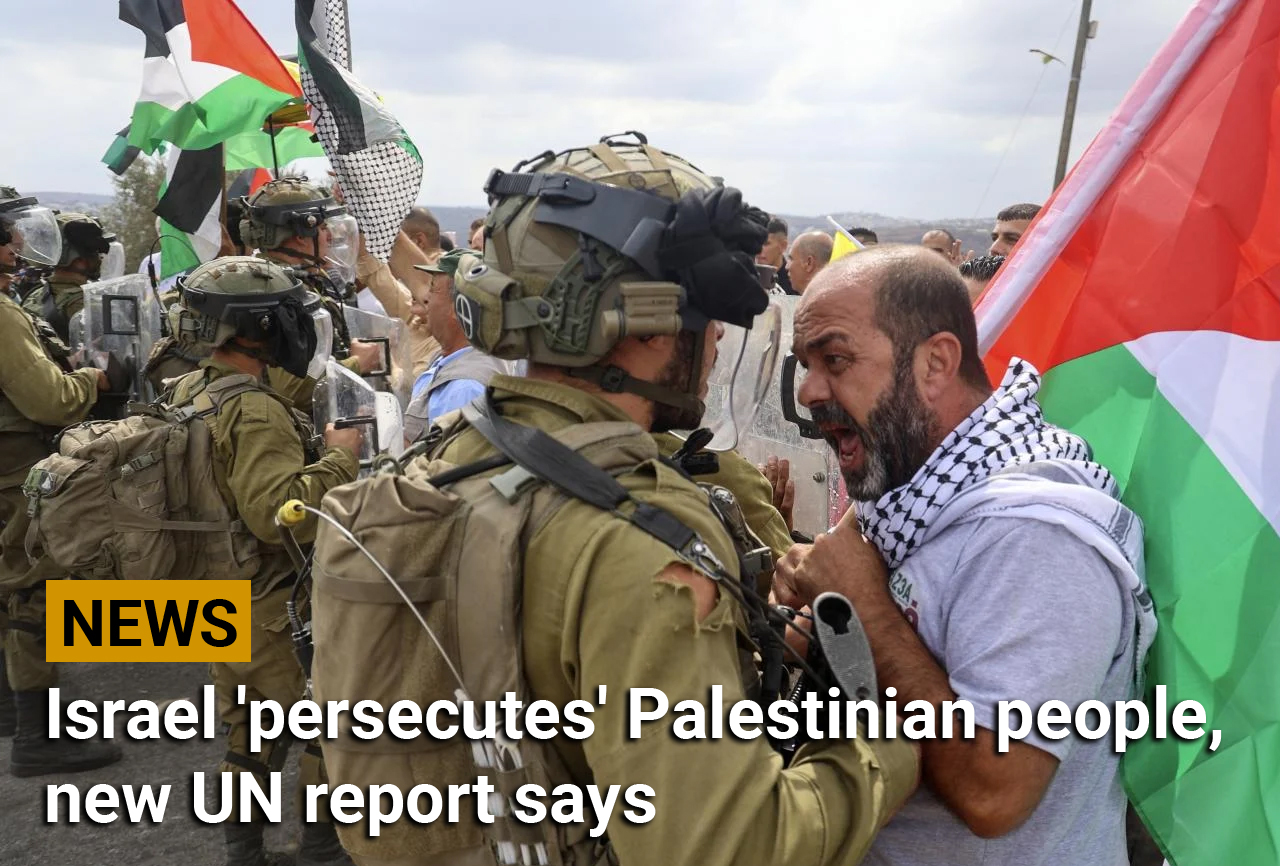 Israel’s actions against Palestinians in the occupied West Bank amount to “persecution”, the United Nations special rapporteur on human rights in the Occupied Palestinian Territories said in a report released to the public on Tuesday.

“Realizing the inalienable right of the Palestinian people to self-determination requires dismantling once and for all the Israeli settler-colonial occupation and its apartheid practices,” UN special rapporteur Francesca Albanesewrote.

The report, dated 21 September 2022, details Israeli efforts to stamp out the Palestinian collective identity and sovereignty, noting the 13 May 2022 attack by Israeli forces on Palestinian pallbearers carrying their national flag during the funeral of journalist Shireen Abu Akleh.

Albanese also documents the use of lethal force against journalists and humanitarian workers critical of Israel, along with the detention of Palestinian political leaders. The report discusses the recent case of Salah Hammouri, a French-Palestinian lawyer from Jerusalem who was detained without charges or trial since 7 March 2022 on allegations of terrorism.

According to the report, almost 4,500 Palestinians are currently detained, 730 without any charge and largely based on secret evidence, while children as young as the age of 12 have been victims of arbitrary arrest and detention – 500 to 700 minors are held every year by the Israeli government.

In August, Israeli forces closed the offices of seven Palestinian civil society rights groups in the occupied West Bank. The report called the move an abuse of counter-terrorism legislation.

“This appears to be an attempt to further shrink, if not outright ban, space for human rights monitoring and legal opposition to the Israeli occupation in the Palestinian territory.”

Albanese said it was time for a “paradigm shift” in Israel’s relations with the international community.

She critiqued efforts by regional states to normalise ties with Israel, calling the peacemaking attempts “ineffective” because “they have not focused their approaches on human rights, particularly the right to self-determination, and have overlooked the settler-colonial underpinnings of the Israeli occupation”.

The report called on states to demand an immediate end to Israel’s illegal occupation of the West Bank and a return of all land and resources from which the Palestinian people have been displaced and dispossessed, independent of negotiations between Israel and Palestine, to settle the conflict.