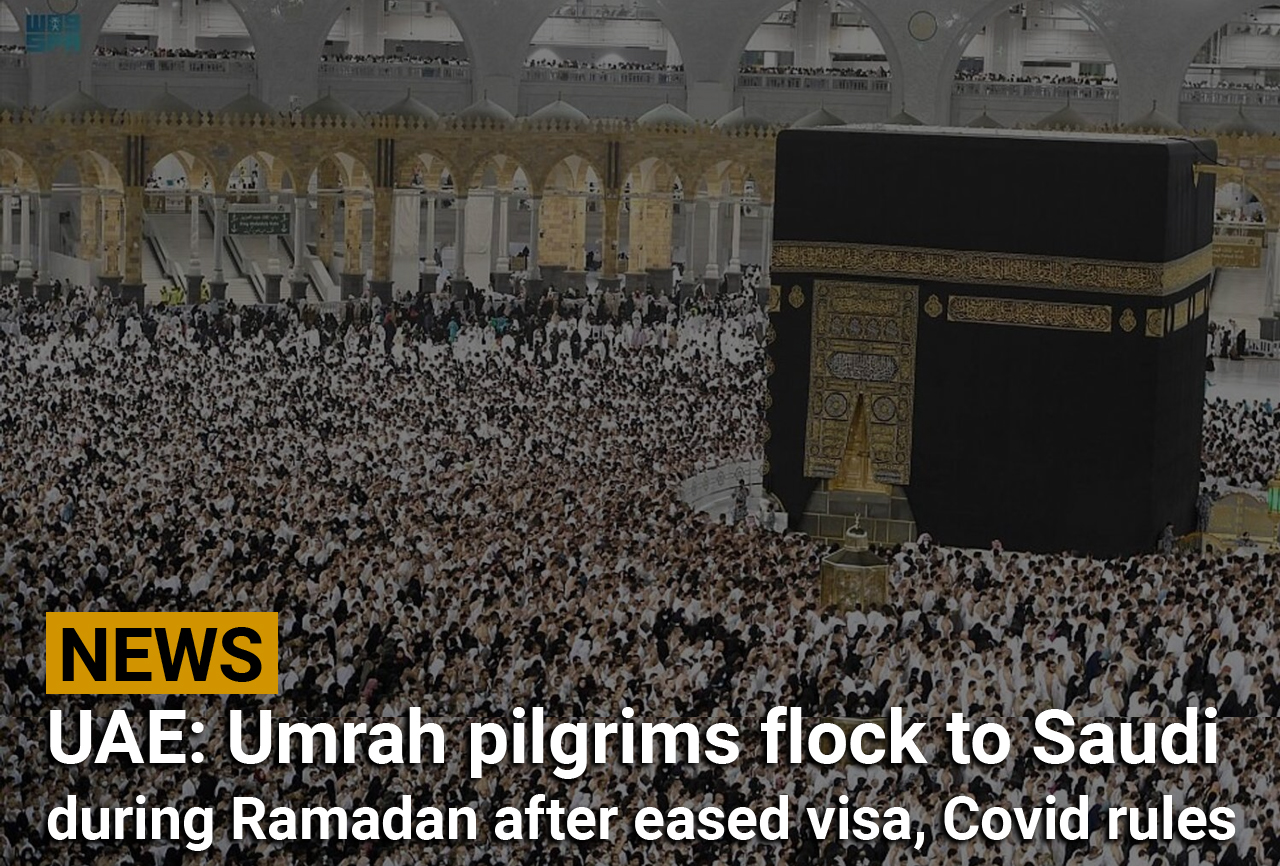 The number of people visiting Saudi Arabia to perform Umrah pilgrimage during Ramadan skyrocketed due to relaxed Covid-19 restrictions and visa rule changes this year, an operator has said.

“The number of visitors is almost 80 per cent of what the numbers were during pre-pandemic times,” said Mohammed Bin Mahfouz – CEO and co-founder of Umrahme. “And the occupancy rate at the Haram during the last ten days of Ramadan was at 95 per cent. It is a welcome change after two years of this unprecedented pandemic. The season got off to a slow start. However, as restrictions eased and visa rules were changed, the pace really picked up.”

Mahfouz was talking to Khaleej Times on the sidelines of the ongoing Arabian Travel Market in Dubai.

Over six million Umrah permits were issued by the Kingdom in Ramadan alone. In March this year, Saudi Arabia suspended social distancing measures for the two holy mosques – Grand Mosque and the Prophet’s (PBUH) mosque – among other mosques as well as in all open and closed places. Masks, though not required outdoors, must be worn inside mosques and other indoor facilities.

“Usually, Umrah has always been B2B,” Mohammed Bin Mahfouz said. “Earlier, customers who wanted to perform Umrah could only book through local travel agents and had to submit their passports for visa issuance. However, with online providers like Umrahme, people can book the full package, including getting their visas issued in just 4 hours online without submitting their passport.”

Saudi Arabia’s recent decision to drop the rule that women below 45 need a male mahram (blood-relative) to accompany them for Umrah and Haj is also expected to make an impact on the number of visitors.

“We have usually seen a lot of demand from women below 45 who want to perform the pilgrimage,” he said.

“The new rules have come towards the end of the season so we are not yet able to gauge the response. However, we are certain the impact will be huge in the coming season,” Mahfouz added.

Commending the Saudi government’s handling of the pandemic, the Umrahme CEO said: “The precautionary measures that the government has put in place has boosted the confidence of visitors.”

“Everything has been organised smoothly and pilgrims have been able to perform their rituals without any worries.”

The Umrah season ends later in May with the last visas for foreign travelers to be issued on May 15. This year, Saudi Arabia is all set to welcome one million visitors for Haj in July. This will be the first time in two years that international visitors will be able to perform the pilgrimage.