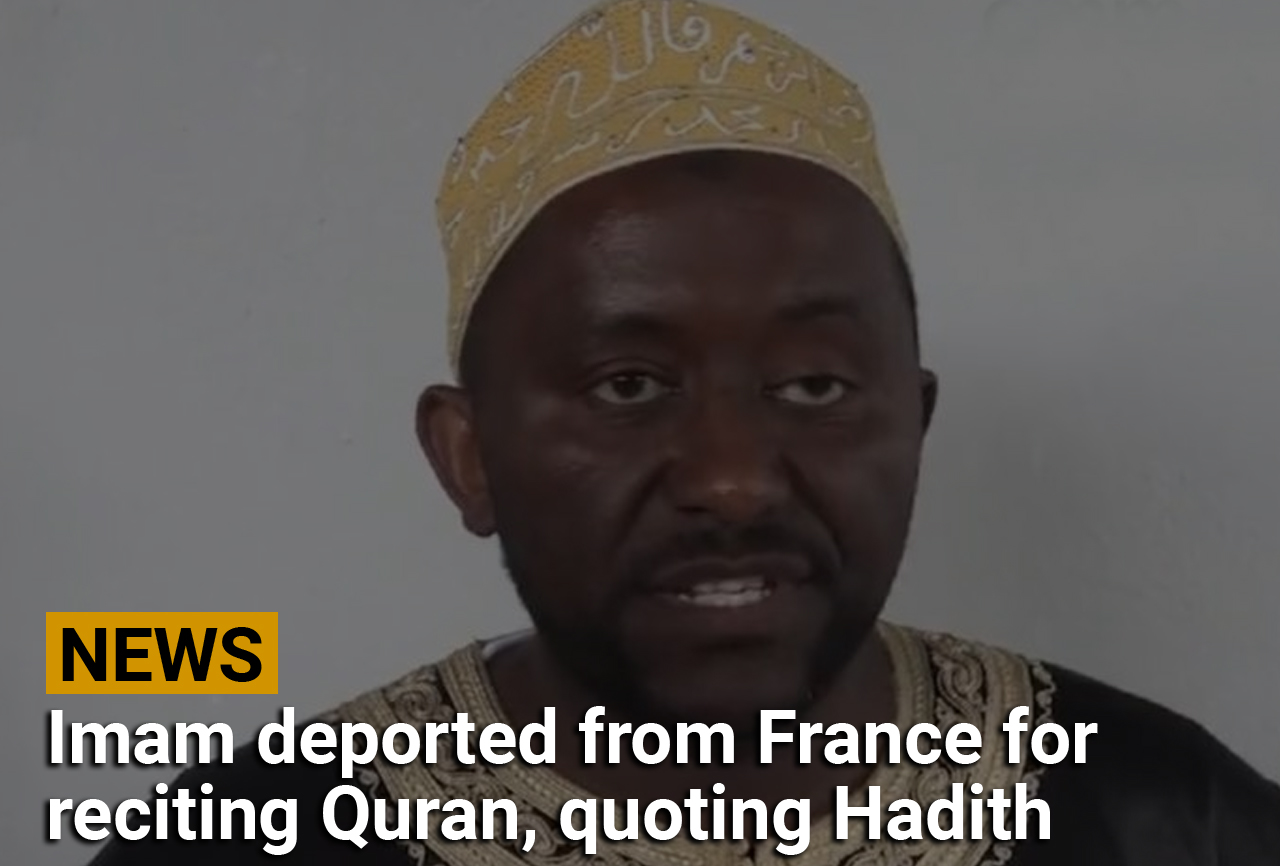 An imam and his family have been deported from France after he recited a verse from the Quran and quoted a Hadith which encouraged women to be chaste, stay at home and obey their husbands.

Ahamada Mmadi, 35, was the imam of Saint-Chamond mosque, but has now been expelled from France to his native Comoros for having made “comments incompatible with the principles and laws of the Republic.”

Mmadi was condemned for quoting Surah al Ahzab when Allah SWT, addressing women, says: “Settle in your homes, and do not display yourselves as women did in the days of pre-Islamic ignorance.”

He also told worshippers at the mosque about an authentic Hadith in which Abu Huraira (ra) reported: “The Messenger of Allah, peace and blessings be upon him, said: ‘If a woman prays her five prayers, fasts her month of Ramadan, guards her chastity, and obeys her husband, she will enter Paradise from any gate she wishes.’”

However, the French authorities in the Loire region deemed his sermon, which was made at Eid prayers last year, “discriminatory.”

Last July he was suspended from his religious functions by the mosque at the request of the local authorities for a sermon which had content which was “discriminatory and contrary to equality between women and men.”

Since October Mmadi, who was in France on a residence permit, has been under a deportation order. He has also been under house arrest, along with his wife, at their home in Saint-Chamond since March 29.

Reacting to the expulsion on his arrival in the Comoros, Mmadi told the local CMM Comores channel: “I don’t regret anything. These are not my words, they are the words of the Prophet and of God. All I did was repeat what was in the holy books.”