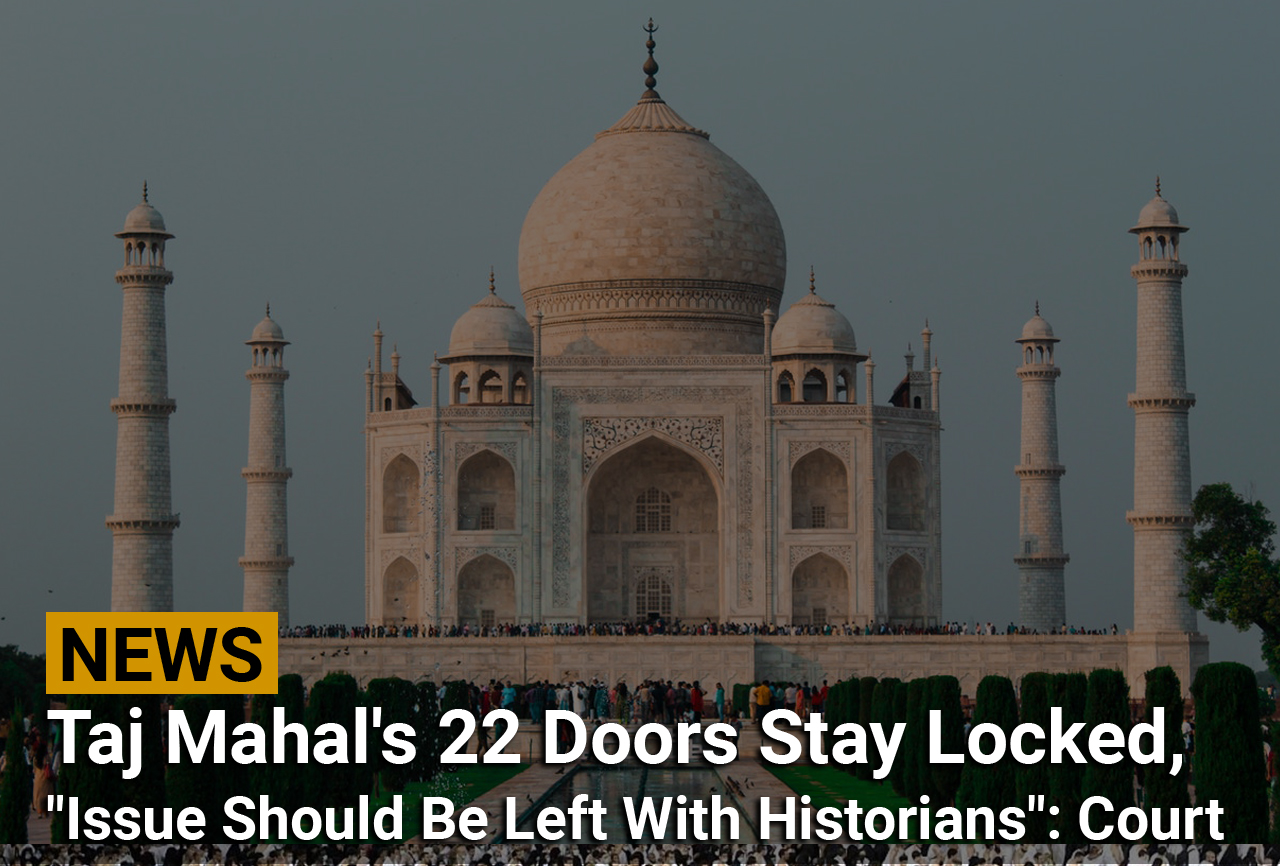 Taj Mahal. a mughal-era monument, is protected by the Archaeological Survey of India.

The Allahabad High Court today rejected the petition seeking an inquiry into the “history” of Taj Mahal. The court dismissed the petition which asked for opening of the doors of its 22 rooms to see “the truth, whatever it is.”

The plea was filed by Rajneesh Singh, a BJP youth media in-charge, before the Lucknow Bench of Allahabad High Court that sought the directions to the Archaeological Survey of India to probe the 22 closed doors in the Taj Mahal to ascertain the presence of the idols of Hindu deities.

The petitioner had said that false history about the Taj Mahal was being taught, and hence the doors should be opened to ascertain the truth.

The court said that such debates are meant for the drawing room and not the court of law.

The Mughal-era monument is protected by the Archaeological Survey of India.

The Taj Mahal was built by the Mughal emperor Shah Jahan as the tomb of his wife Mumtaz. The constriction of the marble monument began in 1632 and took 22 years to finally be completed in 1653.

The architectural magnum opus was named a UNESCO World Heritage Site in 1982.