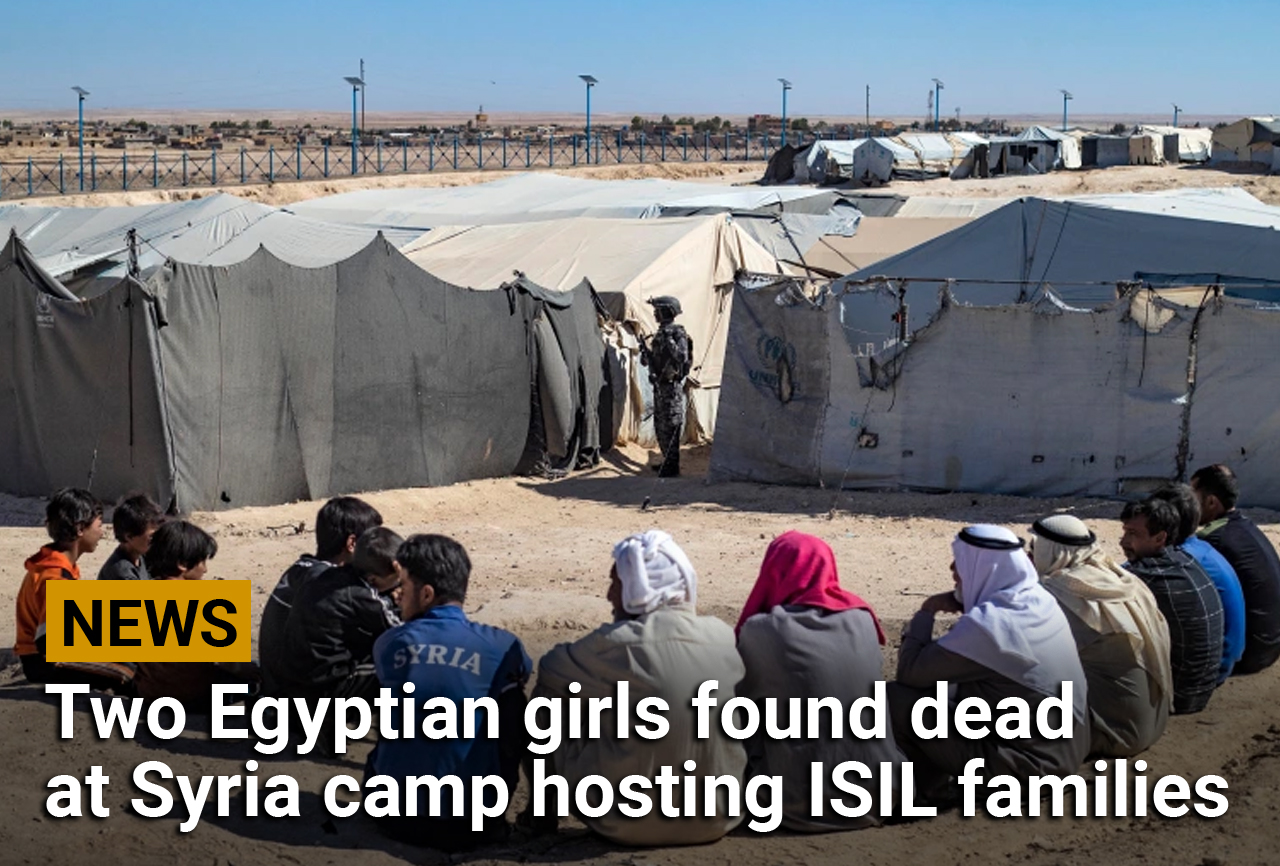 The bodies of the beheaded girls were found in sewage waters at al-Hol detention camp in northeastern Syria, officials say.

The bodies of two Egyptian girls have been discovered at the al-Hol detention camp hosting people linked to ISIS (ISIL) in northeastern Syria, according to local Kurdish security forces that administer the facility.

“The bodies of two Egyptian girls were found in the sewage waters” at the camp, a Kurdish security source told the AFP news agency on Tuesday, November 15, requesting anonymity.

Another camp official, who also requested anonymity for fear of reprisals, said the beheaded girls were aged 11 and 13, the Associated Press news agency reported.

The overcrowded camp in northeast Syria is home to more than 50,000 people, including relatives of suspected ISIL fighters, as well as displaced Syrians, and Iraqi refugees.

The killings are the first since US-backed Syrian fighters concluded a 24-day sweep at al-Hol in mid-September during which dozens of people were detained and weapons were confiscated in the operation. The operation came after ISIL sleeper cells committed crimes inside the camp.

Following the rise of ISIL in 2014 and its declaration of a so-called Islamic caliphate in parts of Syria and Iraq, thousands of men and women came from around the world to join the extremist group.

ISIL lost the last sliver of land it once controlled in east Syria in March 2019, but since then its sleeper cells have been blamed for deadly attacks in Syria and Iraq.

The International Rescue Committee (IRC) said it was “horrified” at the girls’ killing.

“This latest incident involving the deaths of children in the camp highlights the urgent need for longer-term solutions for children in al-Hol,” said Tanya Evans, IRC’s country director in Syria.

Earlier this month, Doctors Without Borders (Medecins Sans Frontieres, or MSF) compared the fate of the thousands of children living in al-Hol to being in “a giant open air prison”.

Children make up 64 percent of the camp’s residents and half are younger than 12, according to MSF.

Kurdish authorities have repeatedly called on foreign countries to repatriate their citizens from Syria’s crowded camps.

However, most have done so only sporadically, fearing security threats and a domestic political backlash.

Labour pledges to ‘bring House of Lords into the 21st Century’