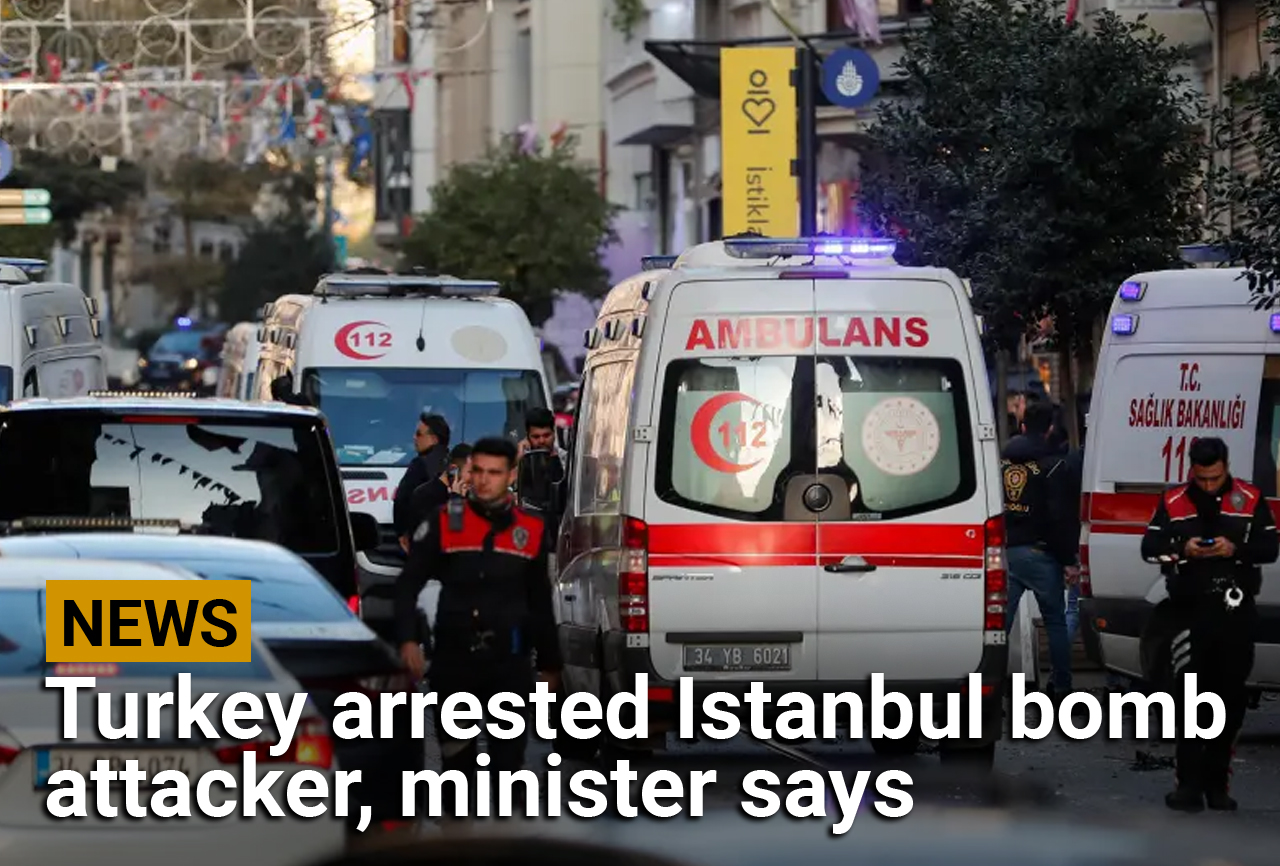 Six people were killed and 81 others wounded on Sunday when an explosion rocked a busy pedestrian street in Istiklal Avenue in central Istanbul.

Six people were killed and 81 others wounded when an explosion ripped through the busy Istiklal Avenue pedestrian street in central Istanbul in what Turkish President Tayyip Erdogan called a bomb attack that “smells like terrorism.” Turkey’s Interior Minister Suleyman Soylu blamed Kurdish militants for the blast. It was announced that 46 people have been arrested, including the bomber, who was identified as a Syrian national.

Soylu said the order for the attack on Istanbul’s Istiklal Avenue was given in Kobani, a city in northern Syria, where Turkish forces have carried out operations against the Syrian Kurdish YPG militia in recent years.

“We have evaluated that the instruction for the attack came from Kobani,” Soylu said, adding that bomber had passed through Afrin, another region in northern Syria.An undated handout picture released by Turkish police shows an unidentified blast suspect arrested in Istanbul, Turkey.

Istanbul has been targeted in the past by Kurdish, Islamist and leftist militants. An offshoot of the Kurdistan Workers Party (PKK) claimed twin bombings outside an Istanbul soccer stadium in December 2016 that killed 38 people and wounded 155.

The PKK has led an insurgency against the Turkish state since 1984 and more than 40,000 people have been killed in clashes. The PKK is considered a terrorist organization by Turkey, the European Union and the United States.

However, the PKK released a statement Monday denying any involvement in the Istanbul explosion.

Turkish Vice President Fuat Oktay stated on Sunday evening that 12 of the injured were in serious condition, adding that the incident was being treated as a terrorist attack and that it was believed that a female suspect detonated the explosive.

Israel was initially checking whether any Israelis were injured in the blast, a possibility ruled out by Monday morning. Istanbul is a popular tourist spot for Israelis.

“Efforts to take over Turkey and the Turkish nation through terrorism will not yield results,” said Erdogan at a press conference.

UN tells Taliban: No recognition without respect for human rights