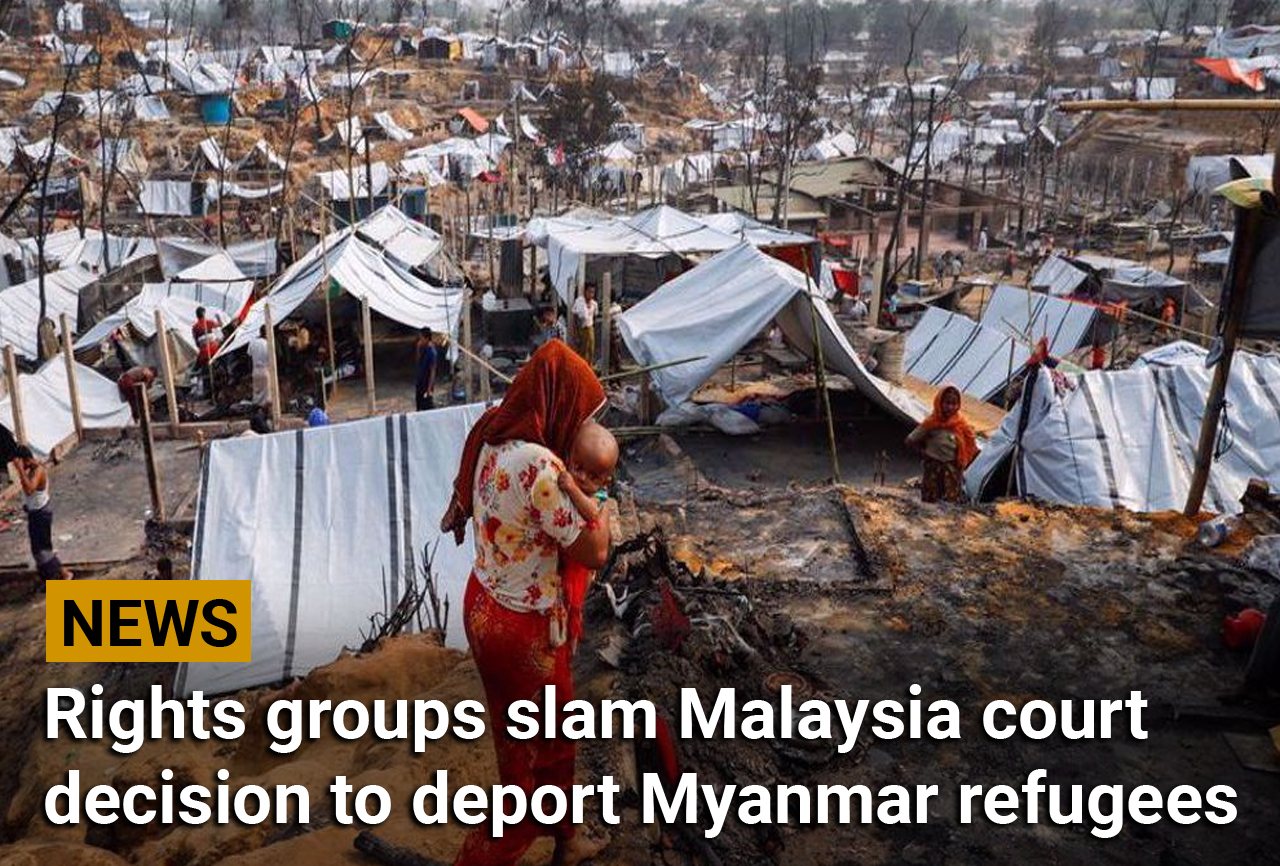 Rights groups have slammed a decision by a court in Malaysia to deport refugees who have fled violence in Myanmar back to that country.

The Kuala Lumpur High Court on Tuesday gave Malaysian authorities a green light for 114 Myanmar nationals to be deported from the country despite rights groups slamming the decision and “strongly” urging authorities to reconsider.

The decision to overturn the stay on deportation of the 114 people to Myanmar risks their safety, according to the reports published in media by advocates of refugees’ rights. The human rights groups defending refugees added that to return the people to the “violent situation” in Myanmar that they fled violated Malaysia’s human rights commitments.

“We strongly urge the government to reconsider its plan and halt any decision to send people back to a violent and dangerous situation,” they said.

In February 2021, human rights groups defending the refugees filed a judicial review to challenge the deportation of 1,200 people from Myanmar back to the country. Despite a court order and stay of deportation, 1086 of them were deported to Myanmar; at least 114 were not deported because they tested positive for COVID-19.

The Kuala Lumpur High Court granted 114 people a stay of deportation pending the judicial review’s outcome. In May this year, the government filed an application to lift the stay.

In October, there was an international outcry against the forced return of refugees back to Myanmar and placing their lives at risk, including from the UN High Commissioner for Human Rights and UN High Commission for Refugees.

The UN Refugee Agency said such deportations of refugees and asylum-seekers amounted to refoulement.