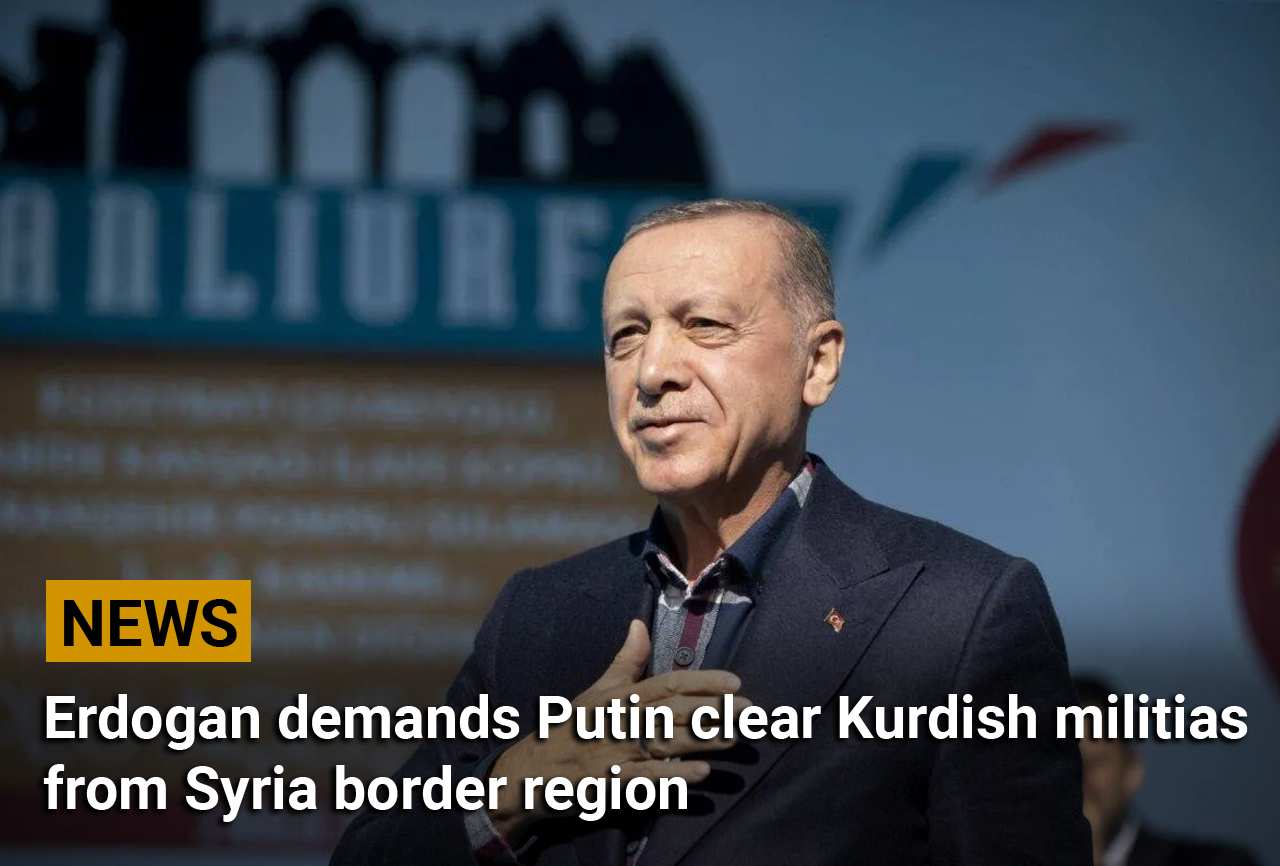 Turkish President, Recep Tayyip Erdogan, has demanded that his Russian counterpart, Vladimir Putin, clear Kurdish militias from the Syrian border region, three years after Moscow guaranteed Ankara it would do so.

In a phone call yesterday, Erdogan told Putin that it is “important to clear the [Kurdish fighters] from the border to a depth of at least 30 kilometres” and also “stated this was a priority”, according to the Turkish presidential office.

The clearing of Kurdish militias from the border region of northern Syria was one of the major conditions of the deal signed between Turkiye and Russia in 2019, in return for Turkish military’s ceasing of its ground operation that year.

Under that deal, a buffer zone – or “safe zone” – was meant to be established for 30 kilometres into Syrian territory from the Turkish border, which would be free from armed Kurdish groups such as the People’s Protection Units (YPG) and Syrian Democratic Forces (SDF) and would, instead, be controlled by the Russian and Syrian militaries.

While that was carried out to some extent, and Turkish forces and organisations have used that territory to build infrastructure for displaced Syrians and refugees, it was not completely fulfilled and the Kurdish militias continue to launch cross-border attacks.

Over the past month, Turkiye has been conducting airstrikes in northern and north-east Syria in a campaign to target the militia sites, following the explosion in Istanbul last month which killed six people and injured over 80. Ankara accuses the Syrian Kurdish militias and the Kurdistan Workers’ Party (PKK) – a designated terrorist group which is linked to those in Syria – of planning and carrying out the attack, warning in recent weeks of a renewed military operation in north-east Syria.

While Turkish military reinforcements have mounted at the Syrian border, Russia has attempted to prevent the looming intervention by mediating between Turkiye and the militias. Erdogan’s reminder to Putin to clear the groups from the border region are the latest development in that ongoing mediation