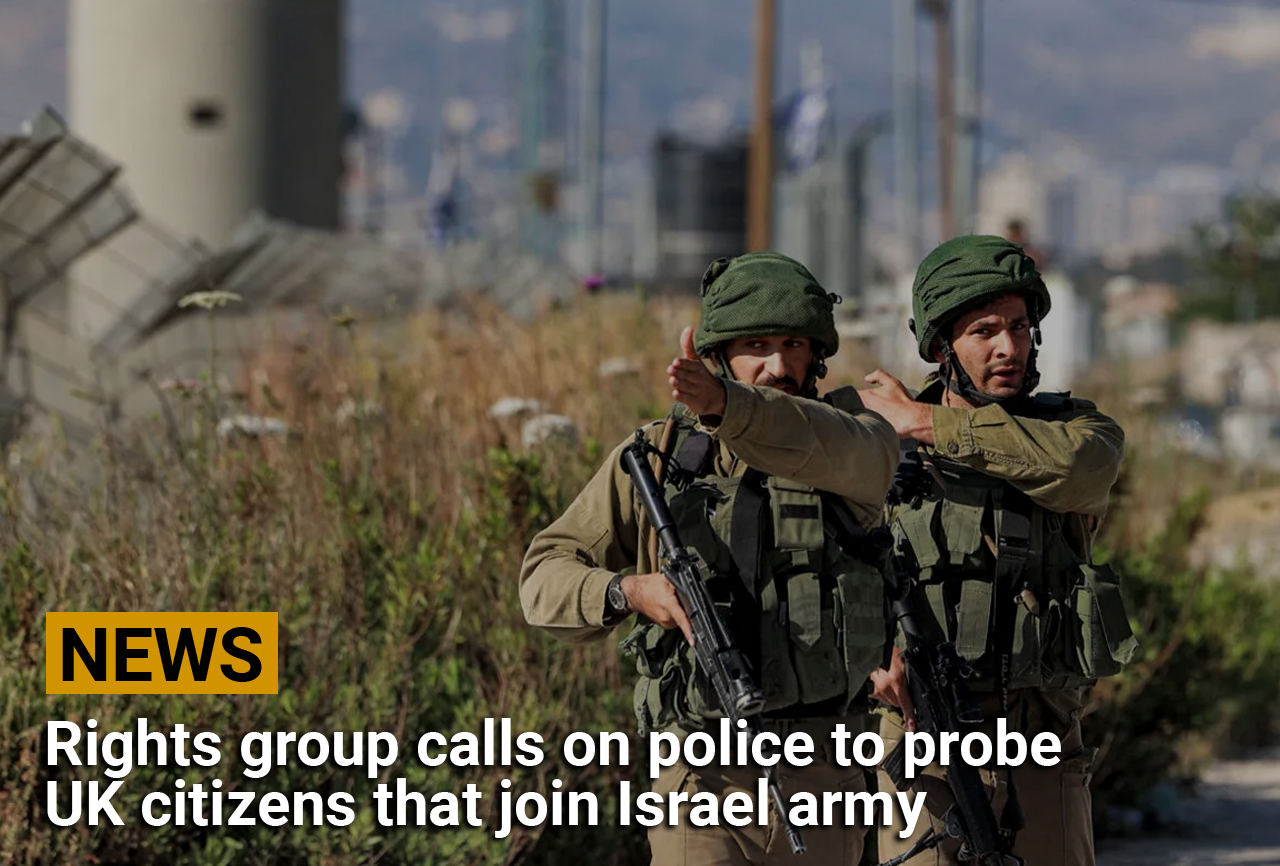 The International Centre of Justice for Palestinians has asked the Metropolitan Police to investigate British citizens who have joined the Israeli Defence Forces (IDF) following concerns that they have taken part in criminal acts and crimes against Palestinians.

In a statement issued today, the ICJP said it submitted the request on 1 June, when it “raised concerns about British citizens recruited to the IDF to take part in Israeli military operations in full combat roles through the Mahal volunteer programme. Given the range of grave criminal acts and international crimes that are committed in Israel/Palestine by the IDF, it is highly likely that these Britons could be actively involved in war crimes as part of their recruitment duties.

“Scotland Yard’s S015 War Crimes Unit has acknowledged receipt of the request, the statement said, and it is currently under review.

Highlighting that the Met Police have investigated citizens who have fought in other countries, the ICJP said the dossier submitted to Scotland Yard “contains details of war crimes and crimes against humanity, including but not limited to, breaches of the Fourth Geneva Convention allegedly committed at times when Britons were serving in the IDF. These include torture and other cruel, inhuman or degrading treatment, the use of ‘human shields’ and unlawful killings, collective punishment, blocking of humanitarian relief and medical assistance, and the destruction of property without military necessity.”

“The ICJP contends that it is an indisputable fact that members of the IDF have committed or been involved in war crimes or acts that fall foul of national counter terrorism legislation. The evidence points to it being highly likely that British citizens joining those forces for extended periods may have themselves committed crimes which are contrary to UK law and the British Government’s internationalRuss obligations.

“UK authorities have so far not investigated if British nationals taking part in Israeli military action have commited crimes or terrorism, or investigated citizens who have returned to the UK after having joined in the IDF, the ICJP said. This is contrary to the actions the Met Police has taken with respect to British citizens who have travelled to Syria and to some degree to Ukraine, it added.Rhys Davies, a British international criminal law barrister said: “Scotland Yard is currently concerned by British citizens travelling to fight in Ukraine. Prior to this, focus has been on individuals travelling abroad to fight in Syria. It is important that these issues also demand attention. British citizens training and fighting in Israel and Palestine should also be the subject of investigation, in order to ensure this country’s obligations under international law are met.”