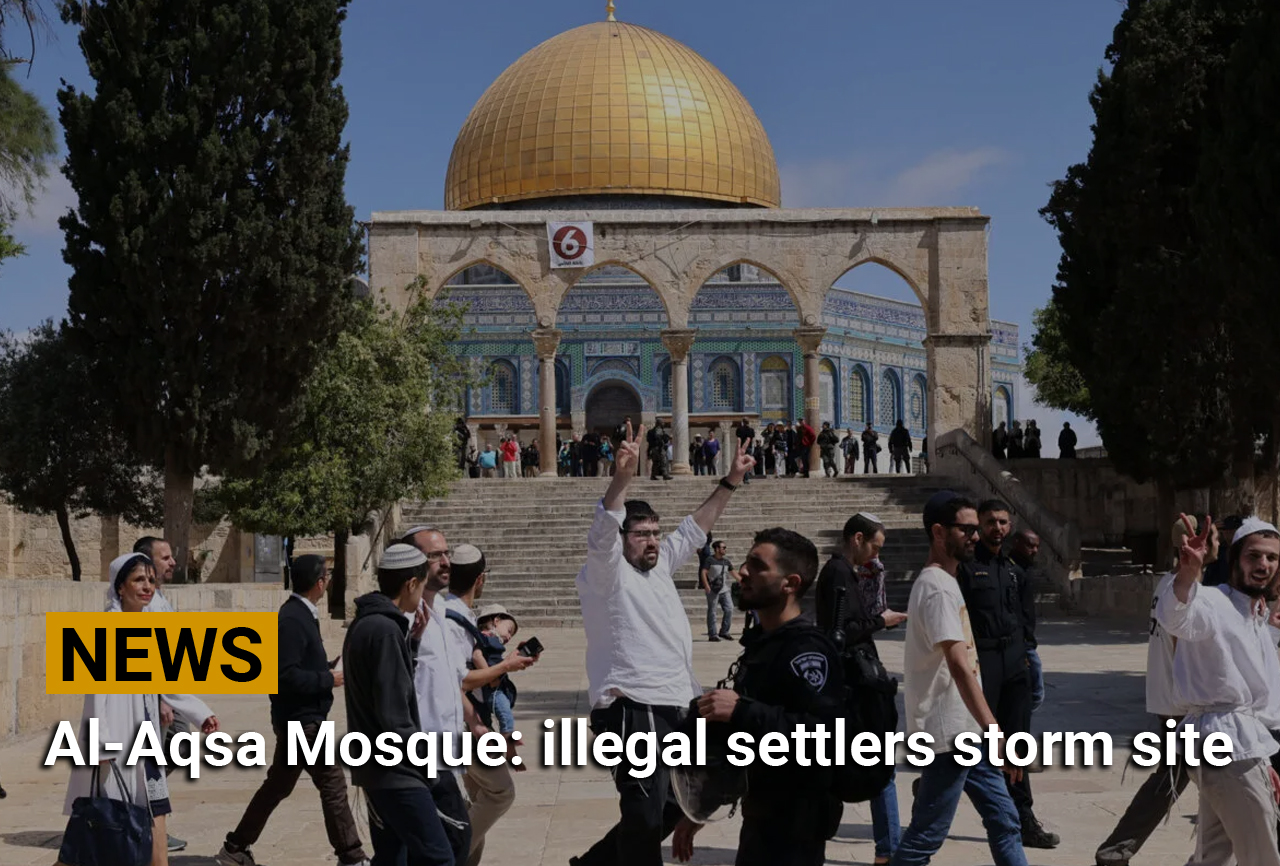 According to administrators of the Noble Sanctuary, “Dozens of Jewish extremists stormed Al-Aqsa Mosque from the Mughrabi Gate at exactly seven o’clock.” They pointed out that such groups make provocative tours around the courtyards of Al-Aqsa and then leave through Al-Silsilah Gate. “Many of the settlers,” they confirmed to Arabi 21, “perform Talmudic ritual prayers inside the mosque.”

The occupation forces do not allow the mosque guards to approach the intruders, said the Palestinian officials. They added that the number of settlers increases during Jewish holidays. On Sunday, for example, around 340 extremist settlers entered the mosque.