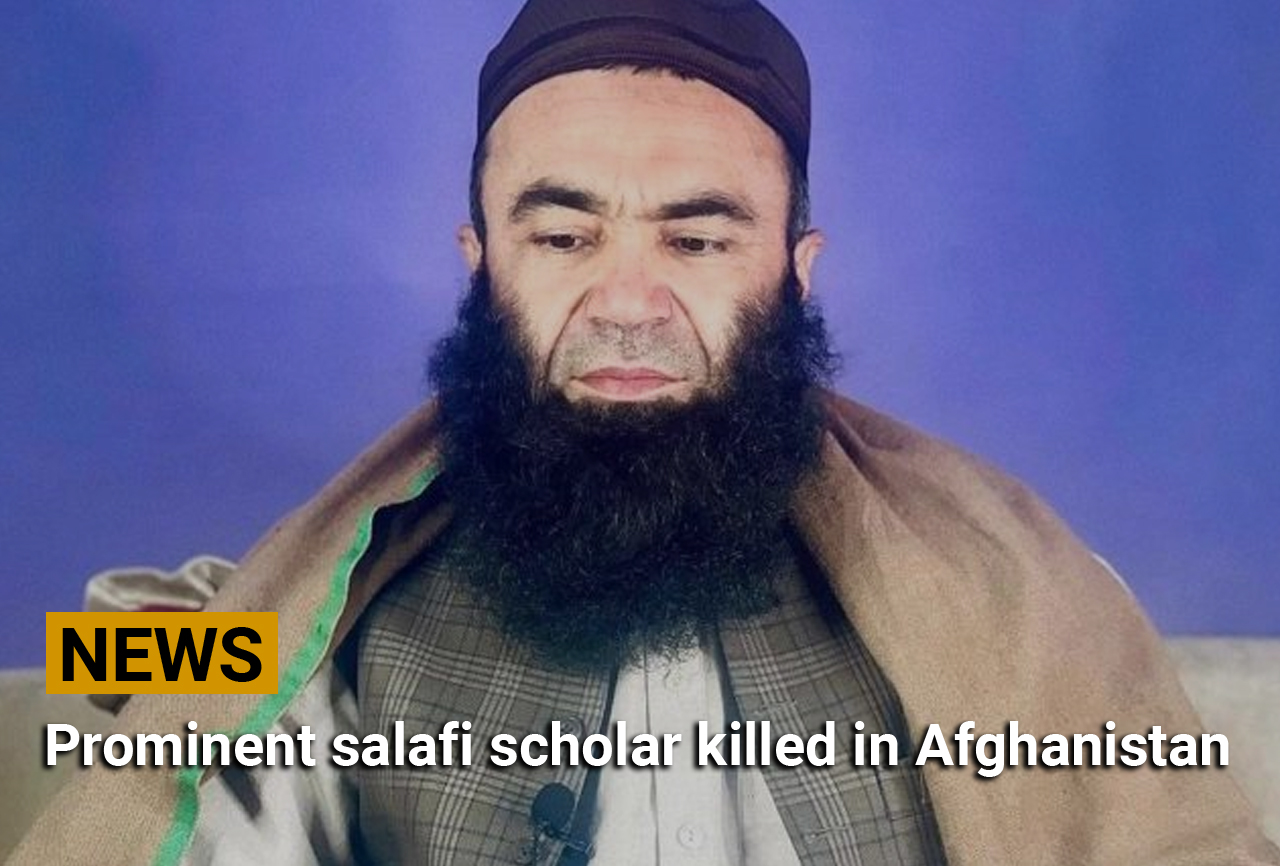 The scholar, who was the head of the Nereng Bagh Madrassa in Jalalabad, was killed by an unidentified man or men in Kabul.

The imam was around 40 years old, was a scholar of the Quran and hadith, and taught thousands of students.

People in eastern Afghanistan are very angry about his death, and Afghan opposition have (without evidence) accused the Islamic Emirate of assassinating him as part of an alleged crackdown on salafis.

But other analysts have said the Taliban would have no motive as Sheikh Sardar pledged allegiance to the Islamic Emirate, was not involved in politics and was not a controversial figure.

The IEA are calling for calm. Spokesman Zabiullah Mujahid tweeted: “To God we belong and to Him we shall return – the martyrdom of Sheikh Sardar Wali Saqib in a stabbing attack inside his house by one of his guests yesterday. The security forces are looking for his killer and they will be arrested God Willing and the sharia’h ruling will be implemented on them.

“Killing scholars is the work of corrupt elements that seek to sow discord and suspicion among Muslims. No Afghan Muslim should fall victim to this grand conspiracy. Rather, they should stand united behind the system, find the corrupt elements and punish them for their crimes.”

The organisation said since the Taliban took power in August 2021, residents of Nangahar and Kunar provinces have discovered the bodies of more than 100 men dumped in canals and other locations.

The Islamic Emirate denies the allegations.

Over a number of years ISIS-K has carried out bombings particularly targeting Hazara, Shia, and other religious minority communities, as well as against Taliban and former government forces.

Qureshi warns of the rise of ‘hatred and nationalism’