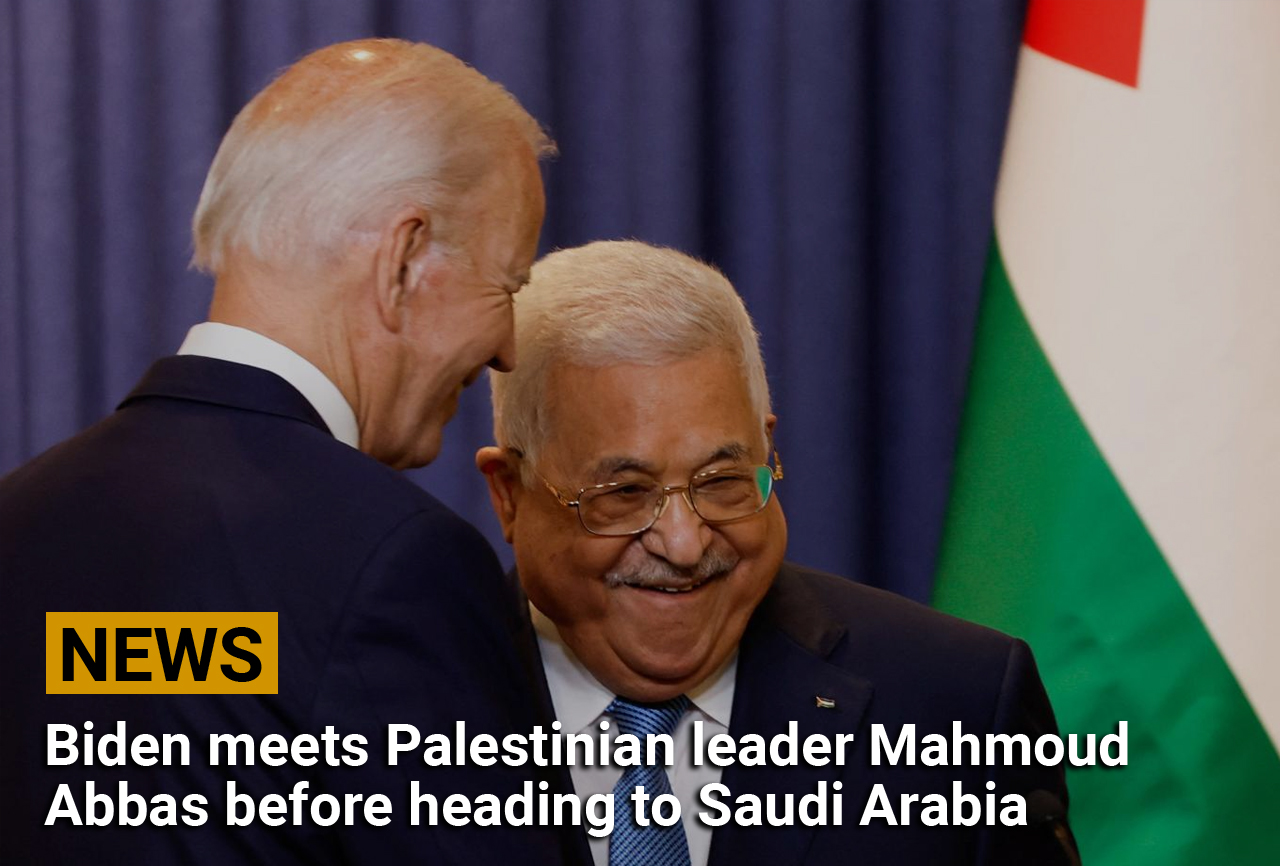 US President Joe Biden met Palestinian President Mahmoud Abbas in Bethlehem on Friday amid protests in the Israeli-occupied West Bank against his visit, which followed a two-day trip to Israel.

Biden’s meeting with Abbas is the most senior-level meeting between the US and Palestinian officials since the murder of Al-Jazeera journalist Shireen Abu Akleh who was also an American citizen.

Speaking at a press conference, Abbas called for an end to Israeli settlements and for accountability for the killers of Abu Akleh.

“Is it not time for this occupation to end?” Abbas said, reiterating demands that the US open a consulate in East Jerusalem, which Palestinians want as the capital of a future independent state, remove the Palestine Liberation Organisation from a list of terrorist groups and allow it to re-open an office in Washington.

Biden meanwhile said the US “will not give up” on a just solution to the Palestine-Israel conflict.

“Even if the ground is not right at this moment to restart negotiations, the United States and my administration will not give up on trying to bring the Palestinians, Israelis and both sides closer together.”

Biden earlier on Friday visited a hospital in East Jerusalem and pledged a multi-year $100 million package of financial and technical help.

Biden is later due to fly out to Saudi Arabia to meet Saudi Crown Prince Mohammed bin Salman.

On Thursday, Biden reaffirmed Washington’s support for the two-state solution before meeting Abbas.

Palestinians have met Biden’s visit with scepticism and say their concerns for self-determination and settlement building were ignored in favour of Israel’s regional stability with its Arab neighbours.

Ramallah has also criticised Biden for not reopening its consulate for Palestinians in Jerusalem, closed by former US President Donald Trump in 2019.

Earlier this week, the Israeli human rights group B’tselem put up a series of billboards and digital screens in Bethlehem and Ramallah to welcome Biden with the sign “Mr President, This is Apartheid”.

Last month, the United Nations concluded that Israeli forces had killed Akleh while she was reporting on unrest in the West Bank city of Jenin.

Before Biden’s visit, US investigators said the bullet that killed Akleh had originated from an Israeli soldier but that the killing “was not intentional”.

However, Israel quickly tried to suggest Palestinian gunmen were responsible, with both Israel’s military and its US embassy tweeting a video of Palestinian shooters in Jenin firing down an alley.