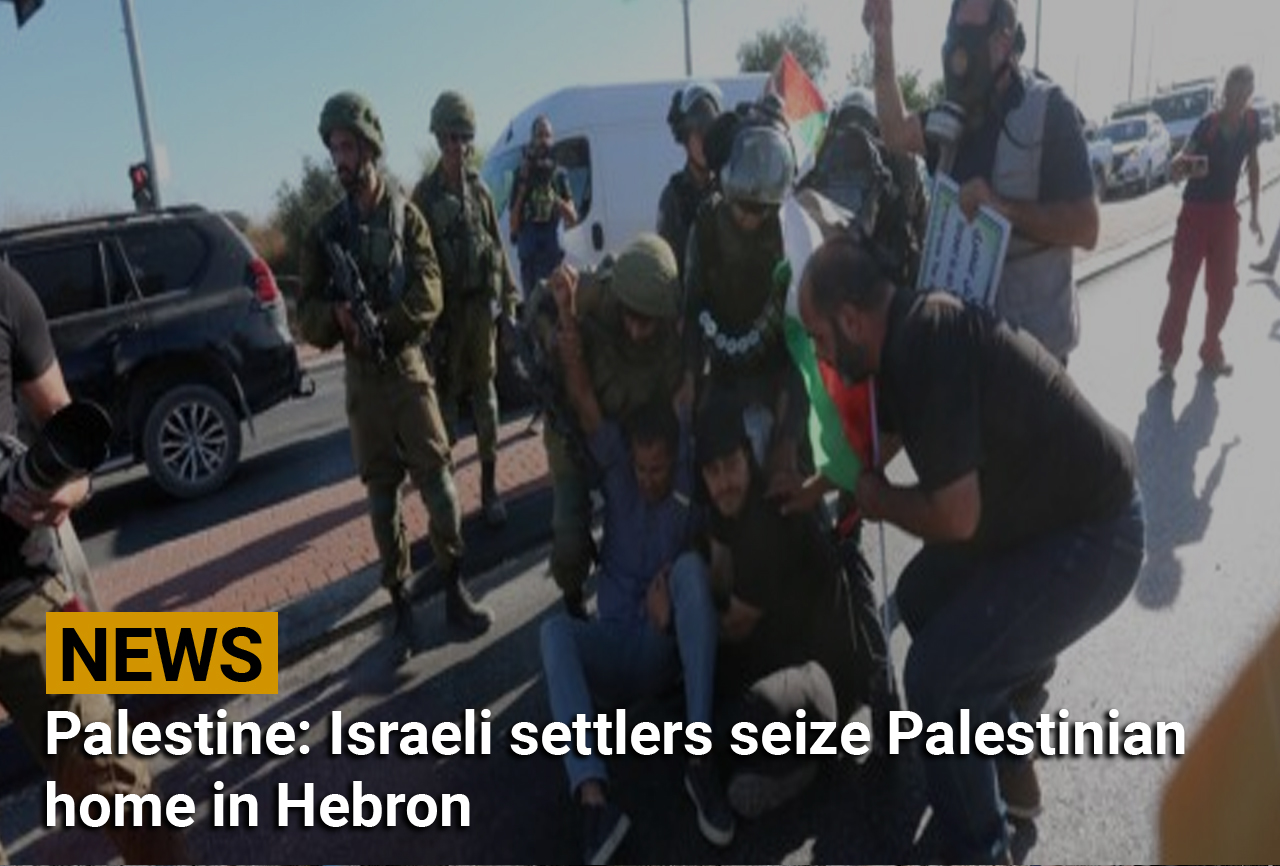 HEBRON, Palestine (AA): Israeli settlers on Thursday seized a Palestinian-owned home in Hebron in the occupied West Bank, according to a local Palestinian official.

The home of Jraiwi family south of the Ibrahimi Mosque in Hebron’s Old City was taken by settlers, Emad Hamdan, the head of Hebron Reconstruction Committee, said in a statement.

“This home will be turned into an outpost in an area that was empty of settlers,” Hamdan said.

“Israel is tightening its grip on the population in Hebron,” he added.

Hebron is home to roughly 160,000 Palestinian Muslims and about 800 Jewish settlers. The latter live in a series of Jewish-only enclaves heavily guarded by Israeli troops.

The Hebron Protocol, which Israel and the Palestine Liberation Organization (PLO) signed in 1997, divided the city into two areas: H1, which constitutes about 80% of the city’s residential area in which the Palestinian Authority assumes its responsibilities, and H2 in which Israel retains all powers and responsibilities, including over the Ibrahimi Mosque and the Old City.

The owner of the orchard, a local farmer Nihad Yousef Da’as, said he planted the olive saplings six months ago in his 75-Dunam orchard.

The Israeli army claimed that lands have been annexed “by the state” and informed the Palestinian that he is not allowed to enter the area.

In related news, Israel decided to build 1446 units for illegal colonialist settlers on Palestinian lands in Sur Baher town, south of the occupied capital, Jerusalem, in the West Bank.