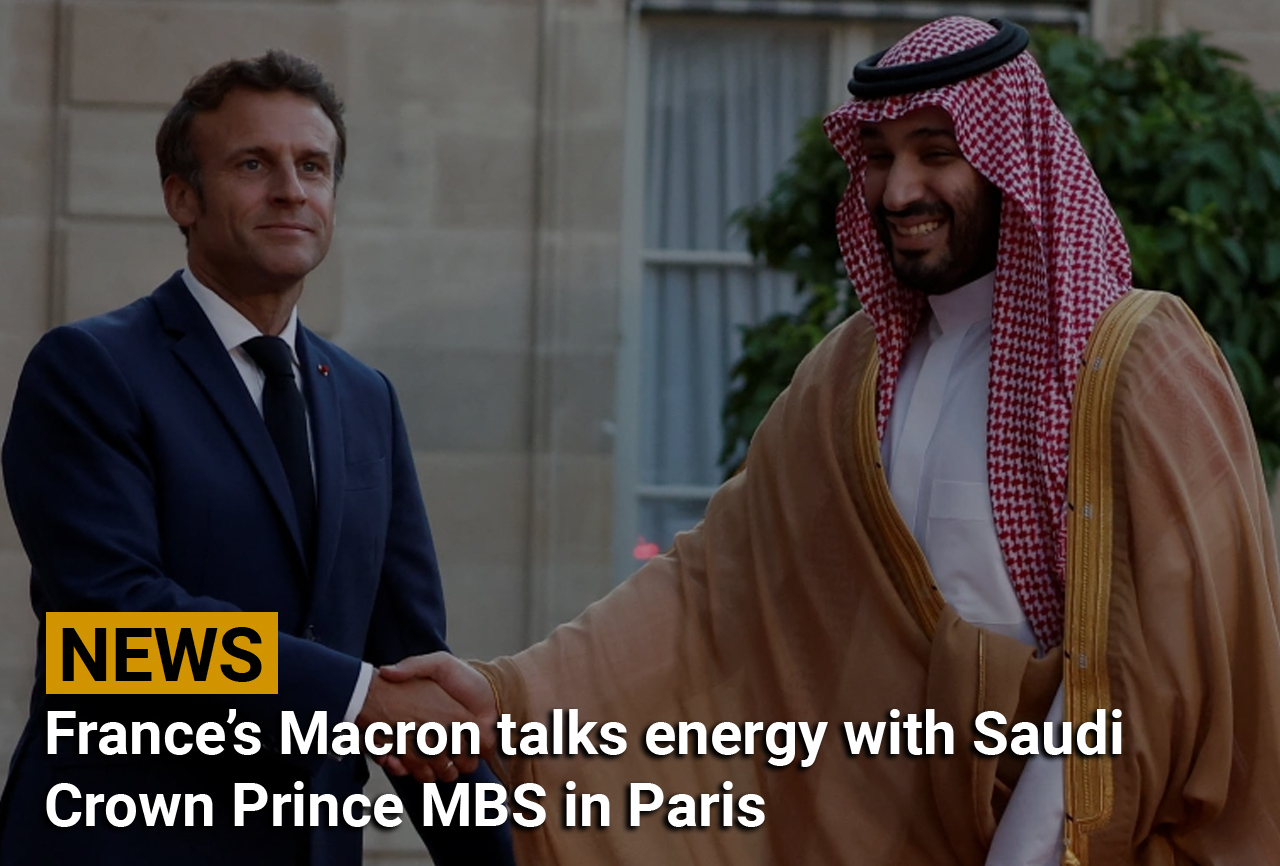 MBS’s visit to France has been controversial, with President Macron criticised by some in his country.

Energy was the main topic on the agenda between French President Emmanuel Macron and Saudi Crown Prince Mohammed bin Salman, during talks in Paris seen as a diplomatic rehabilitation of the de facto leader of the Saudi kingdom.

Aides to the French president had indicated ahead of the talks on Thursday that Macron would urge Saudi Arabia to increase its oil production to help bring down crude prices, reiterating a request made by United States President Joe Biden during a visit to Riyadh earlier this month.

A statement by the presidential office on Friday made no explicit reference to oil or gas, but said Macron had “underlined the importance of continuing the ongoing coordination with Saudi Arabia with regards to the diversification of energy supplies for European countries”.

With Russian oil and gas supplies either unavailable to European Union nations due to sanctions or being withheld by Moscow, European countries are desperately seeking alternative sources of fossil fuels.

Saudi Arabia is one of few countries worldwide with the capacity to increase its output.

The French statement said that Macron and MBS also discussed food security amid fears of famines caused by the loss of Ukrainian grain, and agreed to work “to ease the effects” of the war in Ukraine.

“The President and the Crown Prince of Saudi Arabia underlined the need to bring an end to this conflict and intensify their cooperation to ease the effects in Europe, the Middle East and the wider world,” Macron’s office said.

The two leaders also discussed the war in Yemen. The French president commended what he said were efforts by Saudi Arabia to “find a political, global and inclusive solution under the aegis of the United Nations and expressed his hope that the truce continues”, the statement said.

“As I leave your friendly country, it gives me great pleasure to express to your Excellency my deepest gratitude and appreciation for the warm reception and hospitality accorded to me and the accompanying delegation,” bin Salman wrote in a message posted by the Saudi foreign ministry.

The de facto leader of the oil-rich nation is being courted again after being shunned by Western leaders following the killing of Washington Post journalist Jamal Khashoggi by Saudi agents inside Saudi Arabia’s consulate in Istanbul in 2018.

Macron and Biden both attracted criticism from rights groups for their rapprochement with the kingdom.

Biden fist-bumped MBS in a gesture that was seized on by critics, while Macron shook hands on the steps of the Elysee Palace as he welcomed the prince.

The killing of Khashoggi was described by a United Nations probe as an “extrajudicial killing for which Saudi Arabia is responsible”. US intelligence agencies determined that MBS had “approved” the operation that led to Khashoggi’s death.

Hatice Cengiz, who was about to wed the journalist when he was killed, said on Thursday that she was “scandalised and outraged that Emmanuel Macron is receiving with all the honours the executioner of my fiancé”.

Allies of the French president defended the meeting as a demonstration of “realpolitik” – putting practical needs above principles in foreign policy.

Public services minister Stanislas Guerini, a close ally of the president, told Europe 1 radio on Friday that the role of the president was “to protect the French people” and that he believed that service had been carried out.