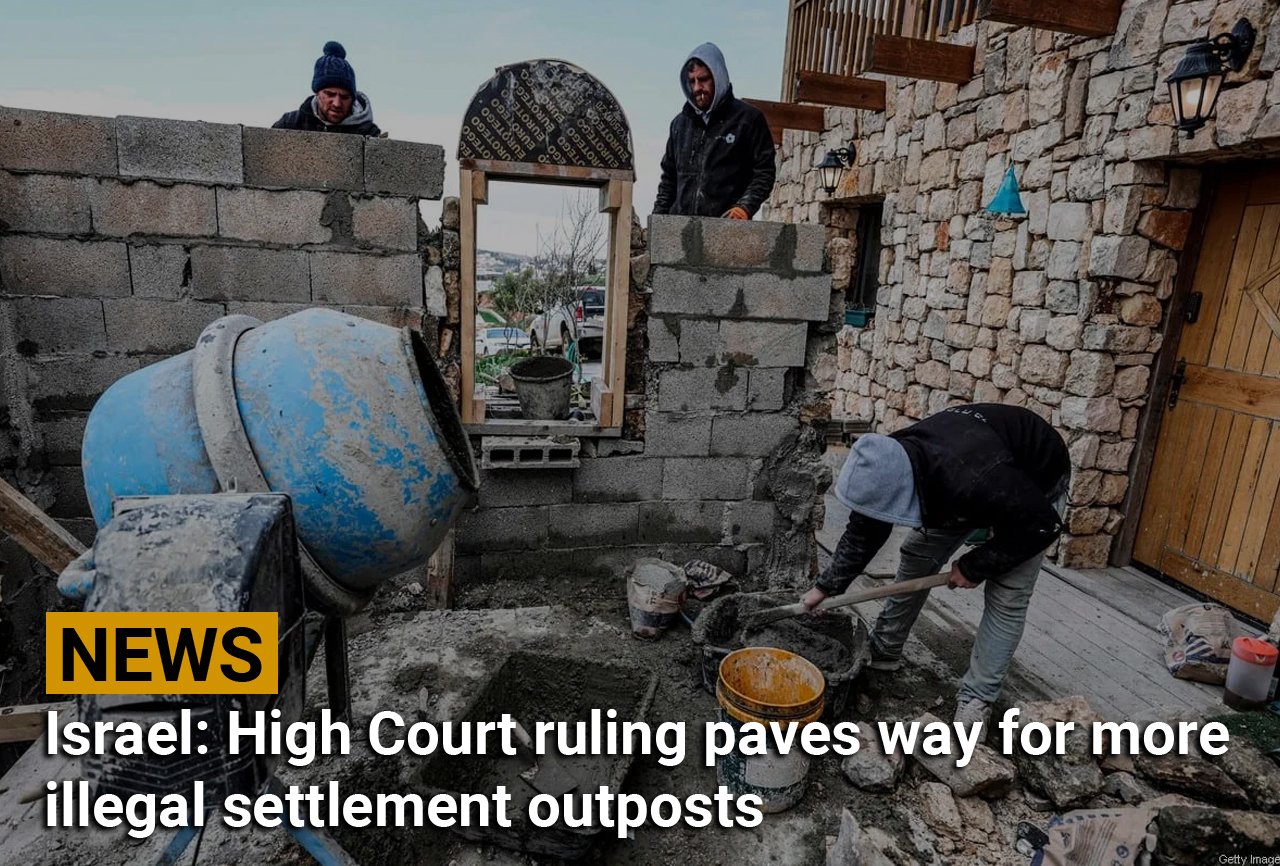 In a precedent-setting ruling that will lift legal obstacles for Jewish settlers to grab more Palestinian land, Israel’s High Court has granted permission for the Mitzpe Kramim outpost near Ramallah to remain in place.

The decision overturns a ruling from two years ago which ordered the state to remove settlers living on the hilltop owned by Palestinians. However, the Israeli court has ruled that because land was allocated to the settlers by the government in “good faith” they can remain on Palestinian land.

It’s believed that the precedent set by the ruling could pave the way for the theft of much more Palestinian land to accommodate hundreds of illegal settler outposts facing legal challenges.

Israeli politicians and settler organisations have welcomed the ruling. Many see it as an open door to build Jew-only illegal outposts across the occupied West Bank. Former Prime Minister Benjamin Netanyahu praised the ruling as well as the settlers of Mitzpe Kramim.

Following the judgment, Netanyahu, who remains Israel’s longest serving prime minister, said that if he gets back in office he will work towards the legalisation and success of “settlement outposts and settlements all over the country.” The ultra-nationalist Likud leader is an advocate of Greater Israel and views every inch of historic Palestine as Israeli territory.

An advocacy group which campaigns for a two-state solution, Peace Now, decried the ruling. “This tramples on the little protection that remained for Palestinian property [in the West Bank],” it said, adding that it allows for the retroactive legalisation of “settler land seizures.”