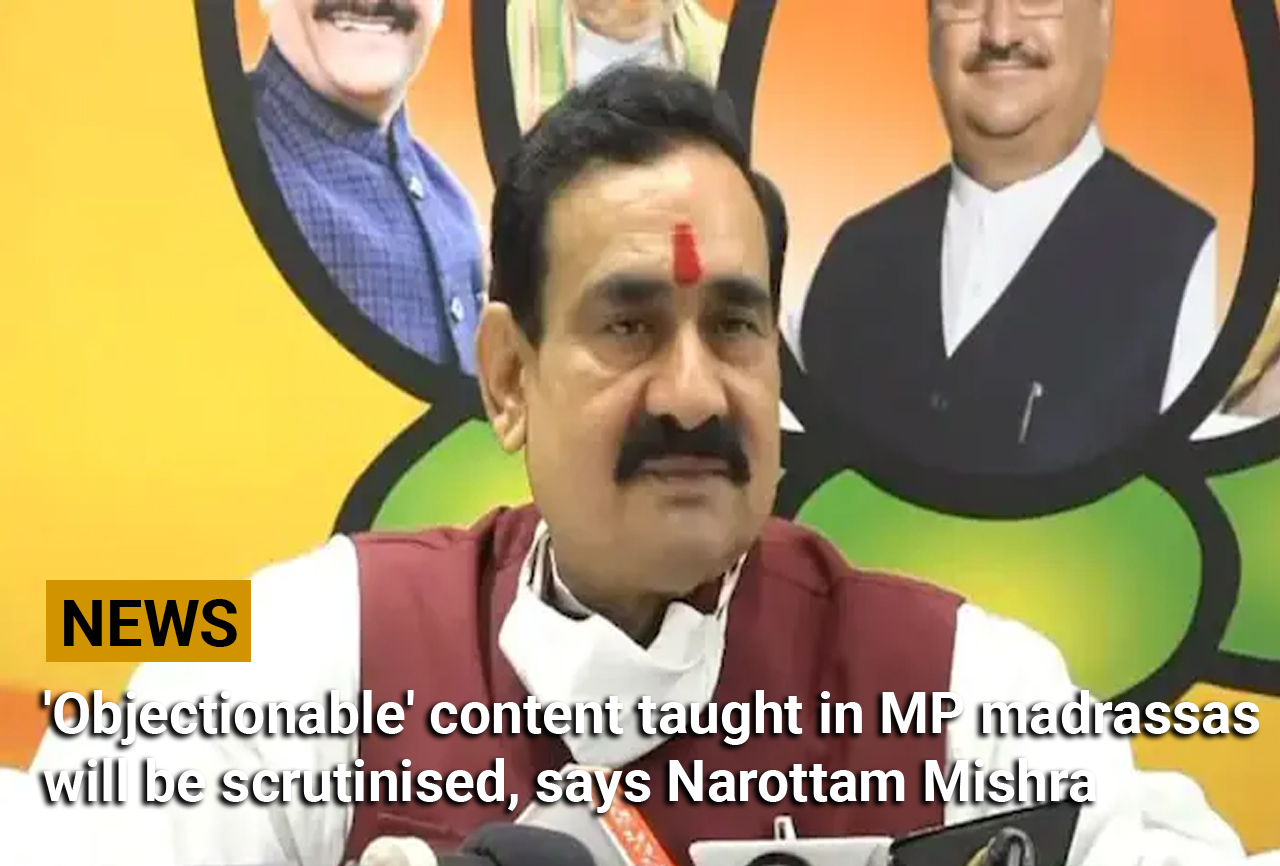 The Home Minister of Madhya Pradesh, Narottam Mishra, said he would get the objectionable academic content taught in the state’s madrasas scrutinised by district collectors.

The Home Minister of Madhya Pradesh, Narottam Mishra, on Sunday said that the academic content of Madrasas in the state will now be scrutinised by the district collectors as – according to the minister – he has received complaints about some objectionable teaching happening in madrasas.

“Some objectionable issues being taught in the state’s madrasas have come under notice. To avoid such unfavourable practice, we would get the academic content of madrasas scrutinised by collectors through the relevant department,” said the BJP leader.

“This would also assist in ascertaining how much more improvement needs to be made in the academia of madrasas,” the minister added.

The minister’s comment came after a surprise visit by the state’s child protection members, who purportedly found some contentious content being taught in the madrasas.