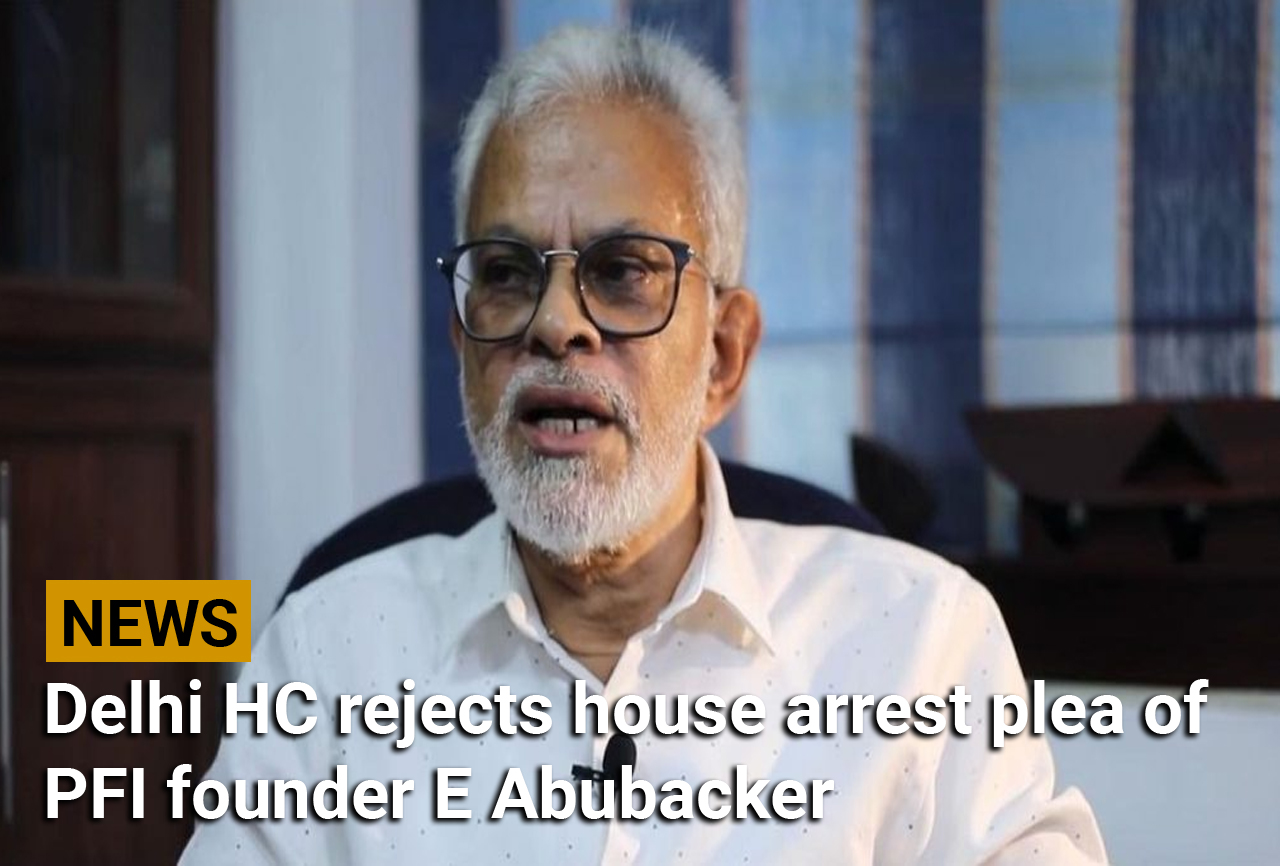 In his petition, former PFI leader had said that he is suffering from serious medical ailments, including a rare form of cancer – gastroesophageal junction adenocarcinoma – and Parkinson’s disease.

A division bench of Justice Siddharth Mridul and Justice Talwant Singh perused the medical status report filed by the central agency stating that Abubacker’s appointment has been scheduled for December 22 at AIIMS, Live Law reported.

“Accordingly, the hearing of the appeal is adjourned. The medical superintendent shall file the advice and treatment prescribed by the Onco Surgery department of AIIMS on the next date of hearing,” the court said. Court listed the matter for hearing on January 6.

The court also permitted Abubacker’s son to remain present at the time when he will be provided the consultation and treatment, legal website reported.

Advocate Adit Pujari, representing Abubacker, submitted before the court that there is a need for house arrest.

Justice Mridul said: “We can’t grant you house arrest. If your medical condition requires hospitalization, then we will direct. We may consider permitting an attendant….. But the question is that you don’t require hospitalization.”

Abubacker has been in judicial custody since October 6. Hundreds of Muslim activists associated with PFI including top functionaries of the outfit were arrested under draconian UAPA and have been languishing in jail across India.

Abubacker has been either the founding chairman or patron for all of these outfits. The organisations are declared “unlawful associations” for a period of five years.

While speaking to Maktoob, Abubacker’s family refutes terror funding claims against his father and maintains that he was committed to developing the backward classes of Indian society.

The Popular Front of India has been accused by Union government of being involved in terror funding, organising training camps and radicalising persons to join proscribed organisations while Human rights activists and Muslim groups called the ban “arbitrary.”

Lionel Messi in numbers: After 793 goals and seven Ballon d’Ors – his World Cup win cements his spot as one of the world’s greatest footballers