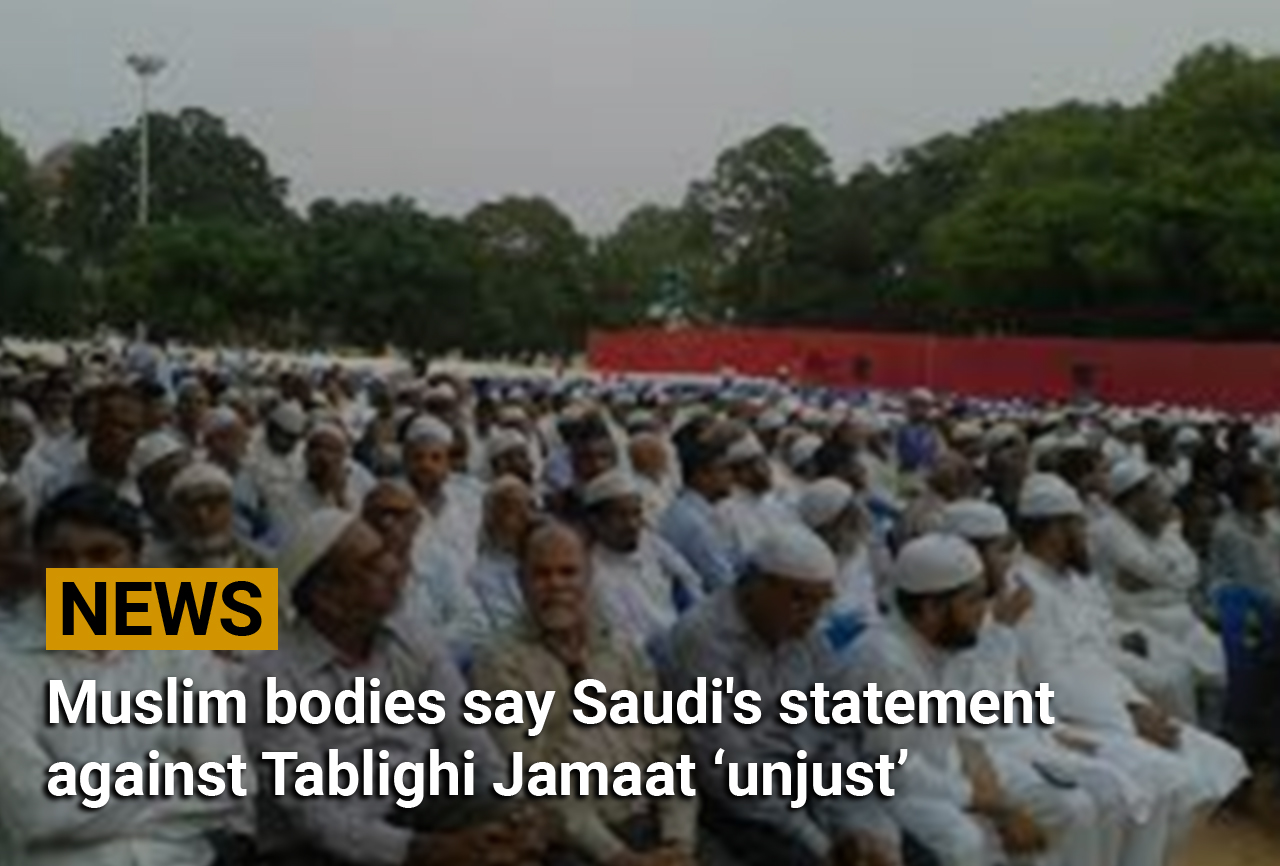 Muslim organisations have termed Saudi Arabia’s decision to reiterate its ban on India-based Islamic movement Tablighi Jamaat as “unjust” and violative of the principles of Islam.

The crackdown on Tablighi Jamaat comes just a week after the last batch of foreigners belonging to the theological organisation left India after spending 21 months in the country amid police cases after some of its members were blamed for flouting Covid-19 social distancing norms.

Nine Thai nationals, who were part of the over 600 foreign Jamaat members who were stuck in India owing to police cases, left Hapur last Friday after serving prison terms.

Saudi Arabia’s Ministry of Islamic Affairs has called upon preachers at its mosques to allocate the next Friday sermon to warn against the group’s “misguidance, deviation and danger”. Many muslims groups however also said Saudi Arabia’s tweet was directed at North African religious group Al Ahbab, also mentioned in the tweet that also does Tablighi and Dawah activities.

An orthodox Islamic movement, Tablighi Jamaat was founded in India in 1926 and urges Muslims to be religiously observant, especially with respect to dressing, personal behaviour and rituals.

The organisation is estimated to have around 400 million members across the world and is mainly centred around activities in the mosque and members undertaking chillas (tours) to spread the Islamic way of life. In India, it is based in Delhi’s Alami Markaz Banglewali Masjid in Nizamuddin.

The organization has been banned in West Asia, particularly Saudi Arabia for over thirty years, but the statement linking it with terrorist activities is a first and is likely to have an impact of the organisation’s activities, which have yet to pick up speed due to Covid-19, Tablighi Jamaat members told ET.

Oman and Qatar are among the few countries in West Asia that allow the Tablighi Jamaat to operate.

A Tablighi Jamaat member said the Saudi ban has been around for almost 40 years, but Saudi citizens participate widely in its events, called Ijtemas.

“However, there are very few Saudi Jamaats, only in an individual capacity. In European countries such as France, Germany and Belgium, it continues to grow significantly. Bangladesh, India, Pakistan, and Malaysia also have been showing a rise in numbers,” the person said.

India’s most influential Islamic seminary, Darul Uloom Deoband, issued a statement on Sunday condemning Saudi Arabia’s decision, saying that linking the organisation with bidat (religious invention) and terrorism is baseless, and asked the country to review the ban.

“Despite small differences, the Jamaat is working on its mission and is popular across the globe. Allegations of polytheism, heresy and terrorism against the Tablighi Jamaat in general and groups or individuals associated with it are absolutely meaningless,” he said.

Syed Sadatullah Husaini, president of Jamaat-e-Islami Hind, said Saudi Arabia’s decision goes against the principles of Islam that the country claims to follow.

“It is unjust … They have done this earlier too. They have banned the literature of reform movements. It only speaks about them,” he said.

Zafarul-Islam Khan, former chairman of Delhi Minority Commission, said ever since the seizure of the Grand Mosque in 1979 when extremist insurgents calling for the overthrow of the House of Saud took over Masjid al-Haram in Mecca, the holiest mosque in Islam, the Saudi government has been deeply suspicious of any group that does not originate within its borders or is not registered with them.

“Besides, their differences with Tablighi Jamaat have been because the latter’s traditions and way of working are at odds with the Salafi school of thought that is puritan and refuses “Bid’at” (innovations in religious matters). Tablighi Jamaat has its own modern-day literature which they insist that members read instead of the Quran and Hadees. Members undertake tours as a religious activity. This is not well received by those who go by the strictest interpretation of Quran and Hadees,” he said.

Arshad Madani, president of the Jamiat Ulema-e-Hind (JUH), had earlier said it was wrong to connect Tablighi Jamaat with proselytizing as the group works “only among Musalmans to make them better Musalmaans.”