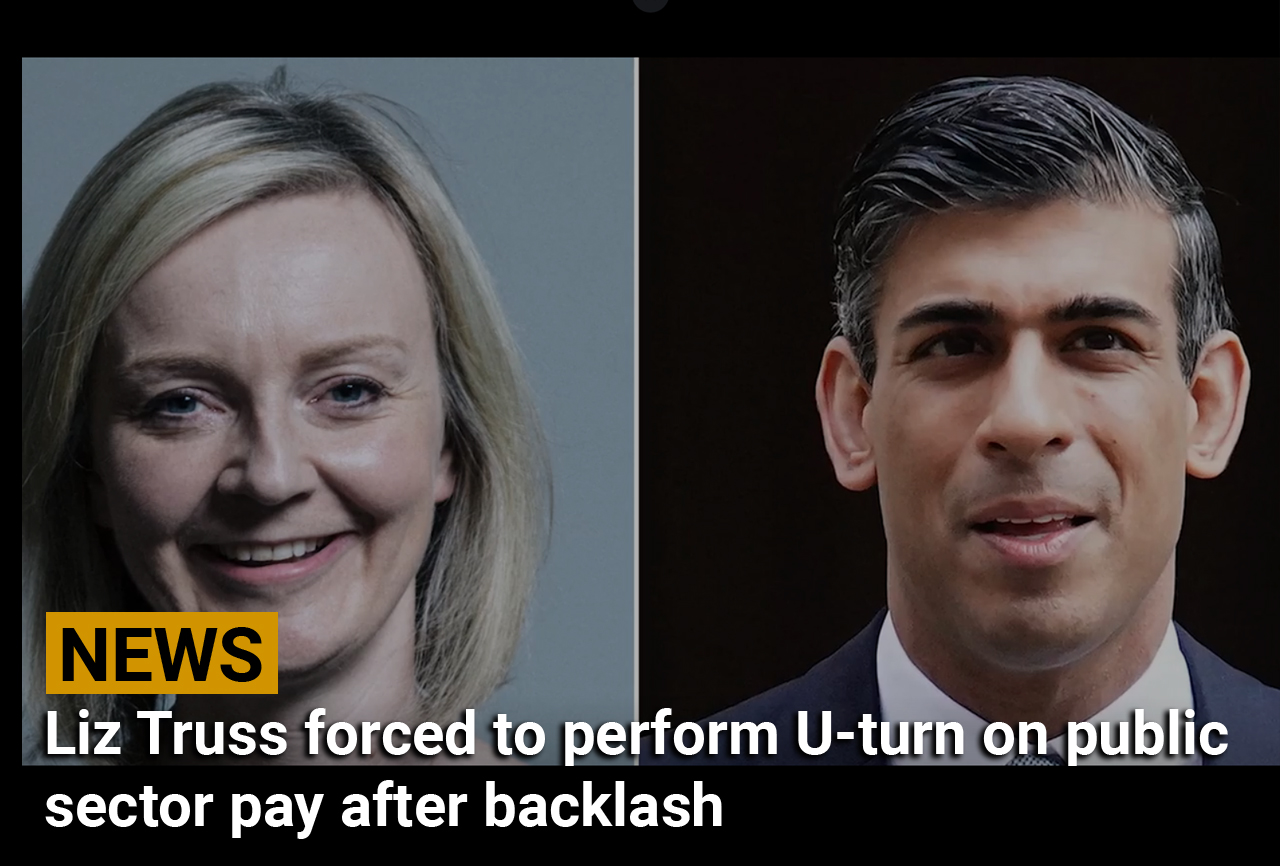 Tory leadership frontrunner Liz Truss was forced to perform a U-turn on Tuesday as she abandoned plans to save taxpayers’ money by ending national pay deals for public sector workers outside London.

The Foreign Secretary announced a “war on Whitehall waste” on Monday, detailing plans to save £8.8billion a year by linking civil servants’ salaries to living standards where they work, meaning similar jobs could be paid different salaries depending on location.

But she was hit with a major backlash as the Conservative Mayor for Tees Valley Ben Houchen joined forces with Labour and the unions to criticise the proposal, saying the only way to save such a large amount of money would be to cut wages for all public sector workers – meaning wage cuts for nurses, teachers and police officers.

Amid growing pressure, a spokesperson for Ms Truss issued a statement just before lunchtime saying the idea of introducing regional boards to set civil servant pay in line with the actual areas where civil servants work had been scrapped.

A spokesperson for Ms Truss said: “Over the last few hours there has been a wilful misrepresentation of our campaign. Current levels of public sector pay will absolutely be maintained. Anything to suggest otherwise is simply wrong.

“Our hard-working frontline staff are the bed rock of society and there will be no proposal taken forward on regional pay boards for civil servants or public sector workers.”

Liberal Democrat Leader Ed Davey MP said in repsonse that “U-turning on a multi-billion-pound policy five weeks before even taking office must be a new record”.

“We can’t let Liz Truss run the country with the same incompetence she’s running her leadership campaign. The British people must have their say in a General Election.”

Before the change in policy, Mr Houchen, who is backing the former chancellor in the leadership contest, said “There is simply no way you can do this without a massive pay cut for 5.5m people including nurses, police officers and our armed forces outside London.

“Liz Truss’s campaign is explicit that their savings target is only possible ‘if the system were to be adopted for all public sector workers’.”

“This is a ticking time bomb set by team Truss that will explode ahead of the next general election.”

Mr Sunak’s campaign team said that to save £8.8bn civil service salaries would have to be more than halved for the whole public sector workforce, including nurses, police and the armed forces.

Labour meanwhile said they would lead to an “eye-watering £7.1 billion hit to local economies across Yorkshire, the North and the Midlands”.

Deputy leader Angela Rayner said: “Liz Truss is utterly out of touch with the British public. Her fantasy plan would hammer the north and slash the pay of nurses, teachers, and police officers facing the biggest cost of living crisis in a generation.

“Liz Truss is a liability who has lingered in this Tory Cabinet for nearly a decade in which the Tories have fuelled a cost of living crisis. The next Labour Government will deliver for the places that built our country after 12 years of Conservative neglect.