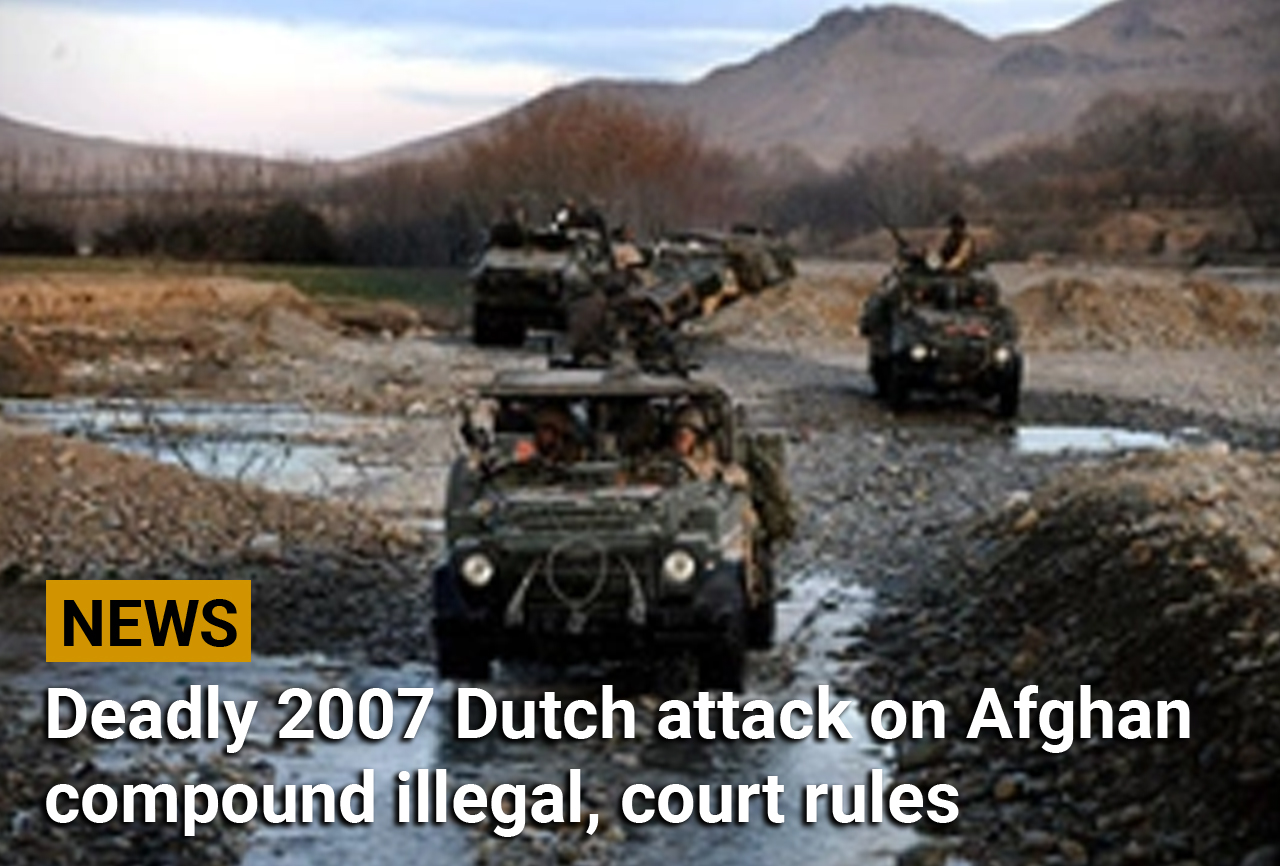 A court in the Netherlands orders the country to compensate families of the 20 victims killed in the air strike.

A court in the Netherlands has ruled that a 2007 bombing of a residential compound in Afghanistan by Dutch forces was unlawful, and it ordered the country to pay compensation to the victims’ families.

The District Court of The Hague on Wednesday found that the nighttime attack that killed about 20 civilians violated international humanitarian law.

On June 17, 2007, Dutch F-16 fighter jets dropped 28 guided bombs in the central Afghan province of Uruzgan. Eighteen of them landed on walled compounds near the strategic town of Chora.

Dutch forces were part of the United States-led coalition that intervened in Afghanistan in the wake of 2001’s deadly 9/11 suicide hijackings of passenger planes. Afghanistan’s Taliban rulers were accused of harbouring al-Qaeda, which was blamed for the attacks in the US.

The Dutch Ministry of Defence had asked prosecutors almost two years ago to look into the Uruzgan bombing after a report by a war veteran questioned its legitimacy.

The ministry had argued the buildings were being used by Taliban fighters when the military hit the compound. The court on Wednesday found otherwise.

“The Netherlands was responsible for the shelling of the houses,” it said in a statement. “It was known these houses were inhabited by civilians. The State invoked the fact the Taliban used the houses for military purposes … and thus that the bombing was not unlawful.”

“But the court rules that the State hasn’t sufficiently made clear on what basis it came to the conclusion that these houses were being used by the Taliban; … therefore, the bombing is illegal,” it ruled.

The court sided with four survivors of the attack who brought a civil suit against the Dutch state for compensation. They were not named in court documents.

The victims included the wife, two daughters, three sons and a daughter-in-law of one of the claimants, court papers said.

But judges said there had been no firing around the compound for at least 15 hours before the bombing.

“The intelligence is not of a nature in which one could say, ‘Well, yes please, go ahead with seven bombs,’” the lawyer said.

Judges also ruled on Wednesday that victims should be compensated but amounts would be determined at a later stage.

The Dutch defence ministry said it would study the verdict.