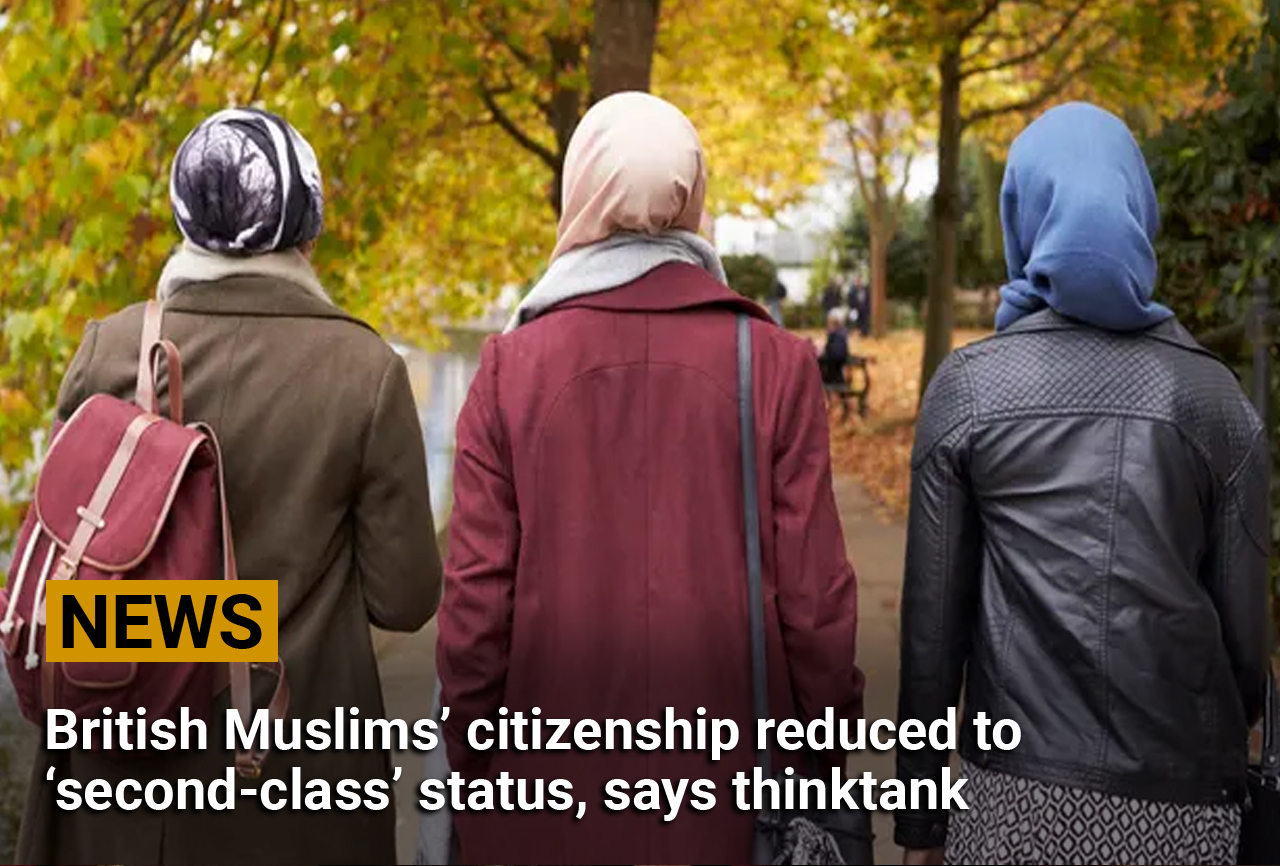 British Muslims have had their citizenship reduced to “second-class” status as a result of recently extended powers to strip people of their nationality, a thinktank has claimed.

The Institute of Race Relations (IRR) says the targets of such powers are almost exclusively Muslims, mostly of south Asian heritage, embedding discrimination and creating a lesser form of citizenship.

The IRR’s report was published on Sunday amid renewed controversy over the case of Shamima Begum, who was smuggled into the hands of Islamic State aged 15, and in the wake of the Nationality and Borders Act – that allowed citizenship to be stripped without notifying the subject, coming on to the statute books.

Frances Webber, IRR vice-chair and report author, wrote: “The message sent by the legislation on deprivation of citizenship since 2002 and its implementation largely against British Muslims of south Asian heritage is that, despite their passports, these people are not and can never be ‘true’ citizens, in the same way that ‘natives’ are.

Webber said before being used against the Muslim preacher Abu Hamza in 2003, no deprivation of citizenship had been authorised for 30 years. But since then there have been at least 217, with 104 removals in 2017 after the collapse of Islamic State in Syria.

Despite government claims that powers are only used against those who pose a grave threat to national security, or who have committed abhorrent crimes, the “Citizenship: from right to privilege” report argues the effect is that certain people have a “second-class, disposable, contingent citizenship”.

Webbersaid: “These classes of citizenship were brought in to target British Muslims of south Asian and Middle Eastern heritage. Such divisions act as a constant reminder to minority ethnic citizens that they must watch their step, and reinforce racist messages about ‘undeserving’ racialised groups unworthy of being British.”Advertisement

The report describes the criteria for deprivation of citizenship as “nebulous and undefined” and warns of a risk of its use for political purposes, with Webber highlighting Begum’s case as an example. It was recently alleged Begum was rtrafficked into Syria by a spy working for Canadian intelligence.

Citing the Prevent counter-terrorism programme, which has been dogged by claims of being a cover to spy on Muslim communities, the report said citizenship-stripping is “just one aspect of measures targeting Muslim communities, in Britain and abroad, in the past two decades, which have helped to turn British Muslims in the UK into a ‘suspect community’”.

The latest change to citizen-stripping powers in the Nationality and Borders Act, heightened public awareness – and criticism – of the existing rules as well as the additions, provoking public protests, opposition from campaigners as well as some MPs and Lords.

The Home Office said the legislation did not target ethnic minorities or people of particular faiths, and that the test for deprivation was clearly set out.

A spokesperson said: “Our priority is to ensure the safety and security of the UK. Deprivation of citizenship only happens after careful consideration of the facts and in accordance with international law. It is used against those who have acquired citizenship by fraud and against the most dangerous people, such as terrorists, extremists and serious organised criminals.

“We make no apology for doing whatever is necessary to protect the UK from those who pose a threat to our security.”