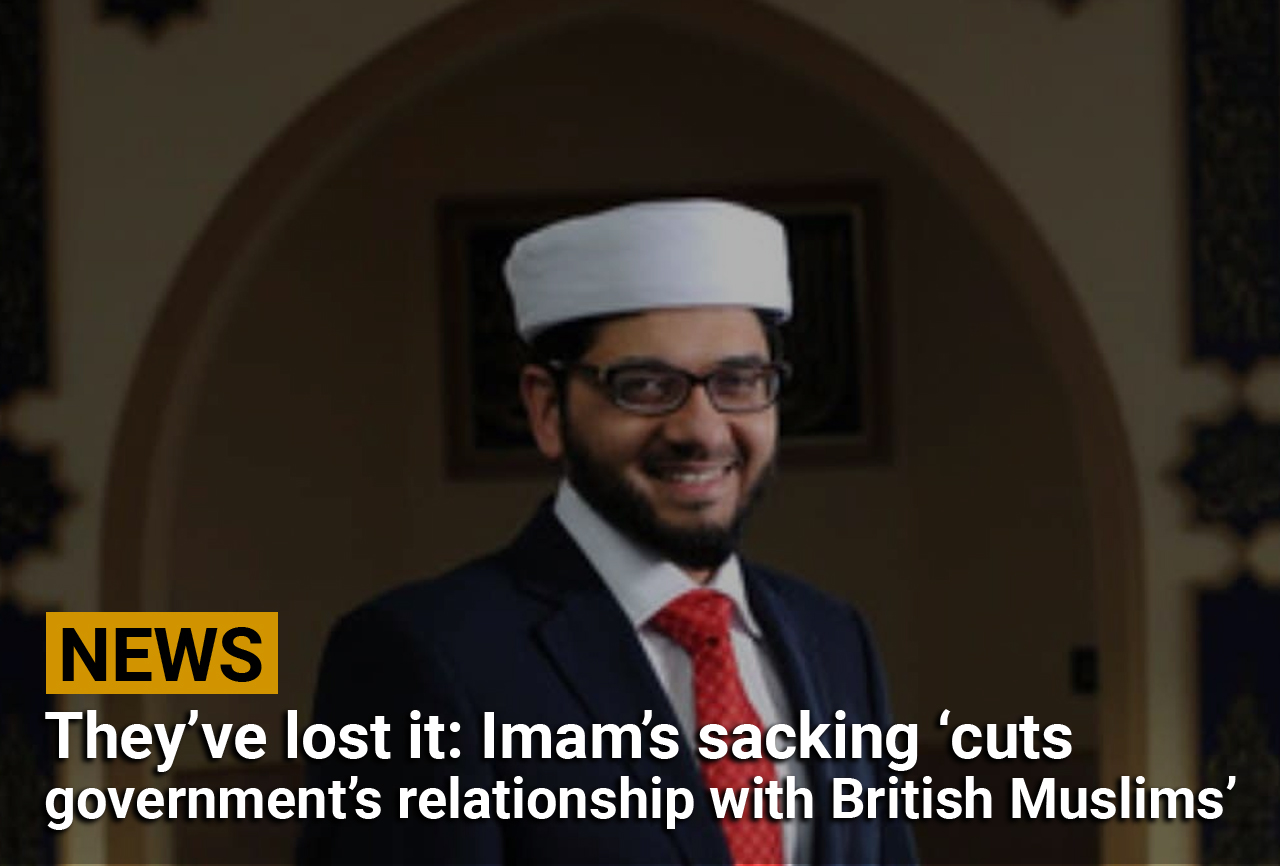 The sacking of Imam Qari Asim as a government adviser on Islamophobia has brought it to a point where it has virtually no formal relationship with any Muslim organisation, according to an academic.

Dr Stephen Jones, of Birmingham University, says relations between the government and Muslims had “thinned down” since the days of the Liberal Democrat-Conservative Coalition, as ministers sought to distance themselves from organisations over particular issues or those it defined as “on a pathway to extremism”.

He told a Religion Media Centre briefing: “Nearly all of the Muslim representative and lobbying organisations are pretty much completely disengaged from government at this point. And that’s partly the frustration around any kind of Muslim community engagement issues, whether it’s to do with hate crime, social mobility, or anything really, there’s no real conduit to represent to government at all at the moment”.

Qari Asim’s departure as a government independent adviser on the definition of Islamophobia and deputy chairman of the Anti-Muslim Hatred working group was announced in an open letter posted this month on the Department of Levelling Up, Housing and Communities website.

It said it was because he had posted on Facebook that he supported a campaign against The Lady of Heaven film, which was banned at the beginning of June by Cineworld after loud protests.

Speaking exclusively on the Religion Media Centre’s podcast, he said he had still not received a letter or had any communication with the department.

In the RMC interview (full report here), he accused the department of using “an excuse to remove me”. He has demanded that the government retract its damning statements against him and said ministers should reconsider their decision to disengage with him.

Since Mr Asim’s dismissal, 120 Muslim leaders accused the government of undermining its relationship with the Muslim community and taking a step backwards in community cohesion.

This stance was echoed by Muslim youth worker Jahan Mahmood, a former adviser to the Home Office, who said he found himself out of favour with ministers after calling Prevent, the government’s anti-extremism project, “a poisoned chalice”.

Mr Mahmood, from Birmingham, said: “The government can’t claim to promote British values like free speech and then expect Muslims to not engage in those values. It’s just so hypocritical. Sacking Mr Asim for utilising free speech goes against the government’s own values, so how can that be right?

“I think his demise was almost inevitable working for a government that contradicts itself to suit its own position.”

Mr Mahmood told how worried mandarins at the Home Office had called him shortly after he enabled them to get access to the views of ordinary young British Muslims he worked with in 2011.

“I later went on TV news and described the Prevent scheme as a poisoned chalice,” he said. “This was what people in the community were telling me what they thought of the scheme and I was just the messenger, although I largely agreed with it.

“Not long after, I got a phone call from someone at the Home Office who said something like ‘I thought you were on our side.’ And then I never really heard from them or engaged with them again.”

One Muslim community source, who has worked with the government on Muslim issues, but wants to remain anonymous, said the government was “disingenuous” in its claim to want to hear from “authentic Muslim voices”.

He described how the Conservative government in particular deliberately chose to engage only with “handpicked Muslim individuals” rather than organisations such as the Muslim Council of Britain, which found itself shunned for being “extremist”.

The source said: “When it comes to other faiths like the Jewish or Christian communities, the government listens to established groups like the Board of Deputies of British Jews, who collectively have some degree of political clout and have links across Westminster.

“It makes it harder for the government to just suddenly disengage with them without causing themselves problems.

“It seems a deliberate ploy by the Tories in particular to choose only to take on individual Muslims in advisory roles because then it is easier to discredit them when they disagree and so discard them without much consequence.”

He added: “The government needs people like Mr Asim on board and he was doing a good job. The way they disposed of him is a scandal. Instead of taking a step back and listening to his concerns around a complex issue, they got rid of him.”

A spokesperson for the Department of Levelling Up, Housing and Communities said: “Mr Asim’s Government roles, including as an Independent Adviser, have been withdrawn. This Government is firmly committed to tackling the unacceptable scourge of anti-Muslim hatred and promoting community cohesion, while standing up for the values that define our country – including freedom of speech and expression, freedom of worship and belief, democracy, the rule of law, and equal rights.”

Later, by phone, the spokesperson said that a private letter had been sent to Qari Asim ahead of the public letter posted on its website. In response, he has confirmed that he has not received a letter at any time.

The government says it supports the right to peaceful protest and would expect any protests to avoid intimidation of cinema attendees or employees. It says it has supported Tell MAMA (Measuring Anti-Muslim Attacks) with over £4 million between 2016 and 2022 to monitor and combat anti-Muslim hatred; and in 2020-21 DLUHC provided £1.8 million for the Faith, Race and Hate Crime Grant Scheme projects to build a diverse and tolerant society.