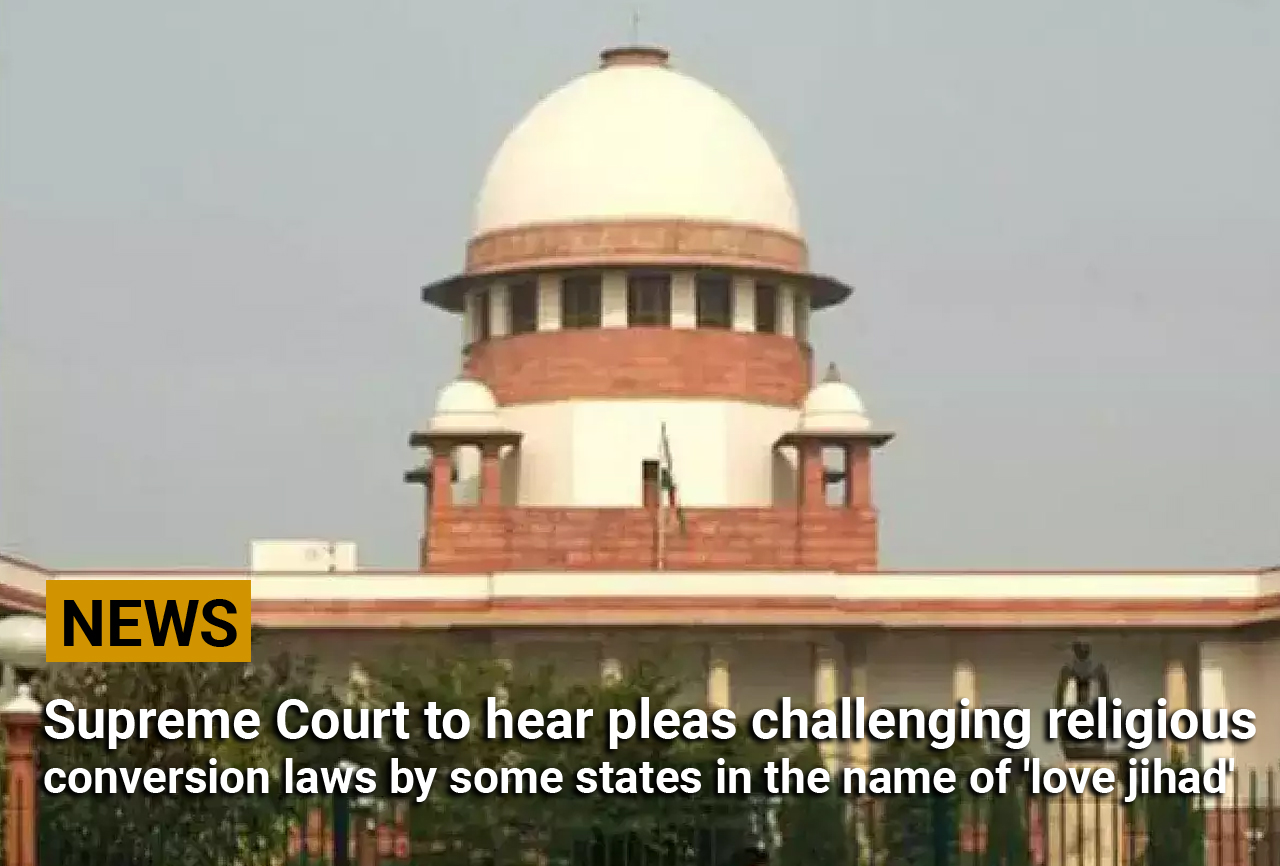 The petitions particularly challenges the constitutional validity of the Uttar Pradesh Prohibition of Unlawful Conversion of Religion Ordinance 2020 and the Uttarakhand Freedom of Religion Act, 2018.

New Delhi: The Supreme Court has agreed to hear the petitions challenging the Freedom of Religious Acts introduced by some states legislatures in the name of ‘love jihad’ against religious conversions done for the sake of marriages.Senior Advocate, CU Singh, appearing on behalf of social activist Teesta Setalvad’s NGO ‘Citizens for Justice and Peace’, one of the petitioners, mentioned the pleas before a Bench comprising the Chief Justice of India, DY Chandrachud, Justice Hima Kohli and Justice JB Pardiwala, for urgent listing.

Informing the court about urgency of the matter, CU Singh informed the bench that the court had already decided the issue of right of change of faith being a part of fundamental right of choice in Shafin Jahan’s matter.The petitions mentioned by the senior advocate CU Singh particularly challenges the constitutional validity of the Uttar Pradesh Prohibition of Unlawful Conversion of Religion Ordinance 2020 and the Uttarakhand Freedom of Religion Act, 2018.

The Apex Court had also issued a notice in these batch of petition in January 2021. The laws promulgated by Madhya Pradesh and Himachal Pradesh also have been challenged before the court.Last year, Madhya Pradesh government made it mandatory for people to inform the officials two months in advance about interfaith marriage or willful conversion to another religion. Section 10 of the Madhya Pradesh Freedom of Religion Act stipulates punitive actions including imprisonment and penalty if an individual fails to adhere to the law.

“26/11 Is Not Funny”: In Video, Muslim Student Confronts Teacher