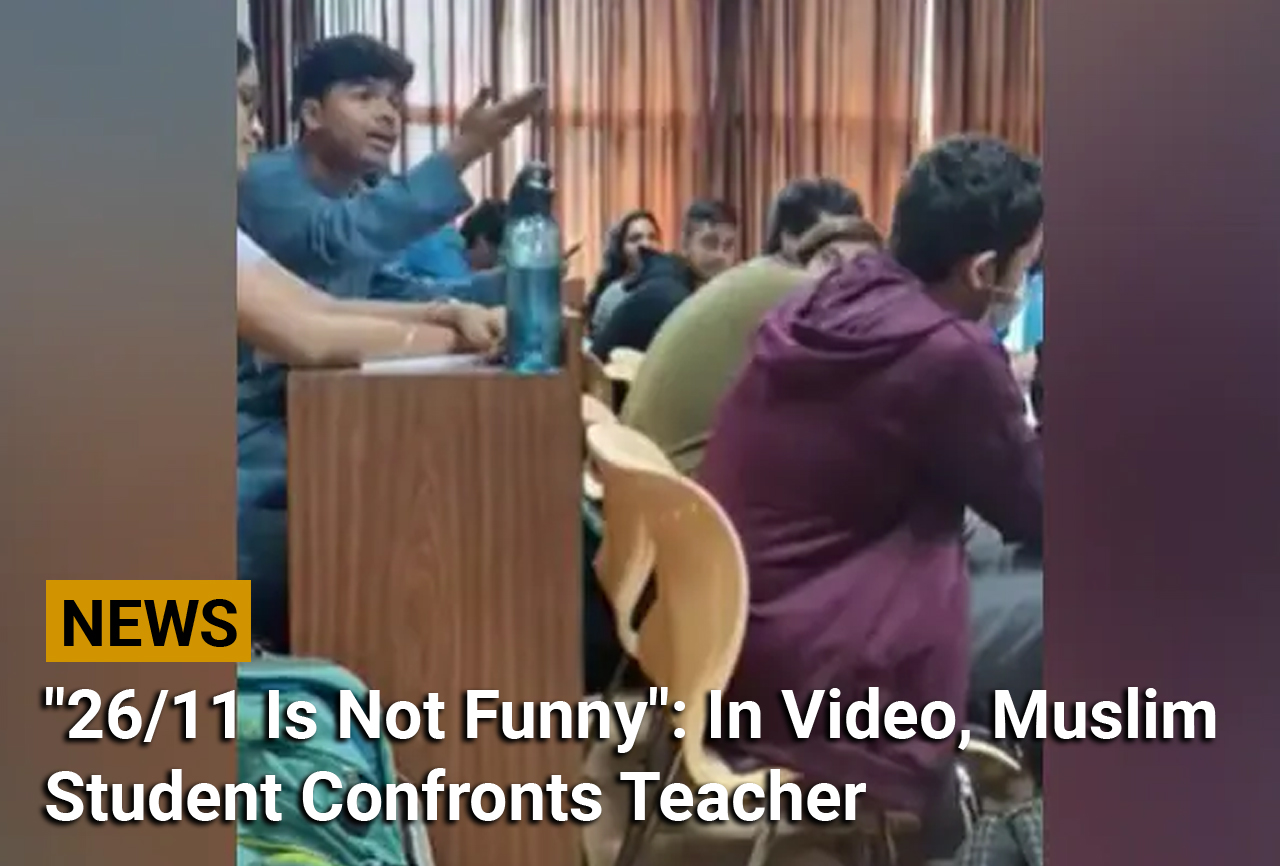 The professor had asked the student his name, and on hearing a Muslim name, he said: “Oh you are like Kasab!”

A college teacher in Karnataka has been suspended for comparing a Muslim student with a “terrorist” in class last week. A video of the student hitting back at his teacher has gone viral.

The incident took place on Friday at the Manipal Institute of Technology in Udipi.

The professor had reportedly asked the student his name, and on hearing a Muslim name, had blurted: “Oh, you are like Kasab!” Ajmal Kasab, the lone Pakistani terrorist captured alive after the 26/11 Mumbai attacks, was executed in 2012.

In a widely-shared video, the student was heard confronting the professor and accusing him of denigrating his religion by comparing him with a terrorist.

“26/11 was not funny. Being a Muslim in this country and facing all this every day is not funny, sir. You can’t joke about my religion, that too in such a derogatory manner. It’s not funny sir, it’s not,” the student shouted as the teacher tried to downplay an egregious comment.

“You are just like my son…” the professor said, trying to placate the student.

“Will you talk to your son like that? Will you call him by the name of a terrorist?” the student replied.

When the professor said “no”, the student continued: “Then how can you call me like that in front of so many people? You are a professional, you are teaching. A sorry doesn’t change how you think or how you portray yourself here.”

The teacher was heard offering a bland apology.

Other students watched the exchange silently.

Post a comment“The institute has already initiated an inquiry into the incident and the concerned staff has been debarred from classes till the inquiry is over.

We would like everyone to know that the institute does not condone this kind of behavior and this isolated incident will be dealt with in accordance with the laid down policy,” said its statement. It also asserted that it was proud to have a vast diversity on campus and was committed to uphold constitutional values of treating everyone alike.