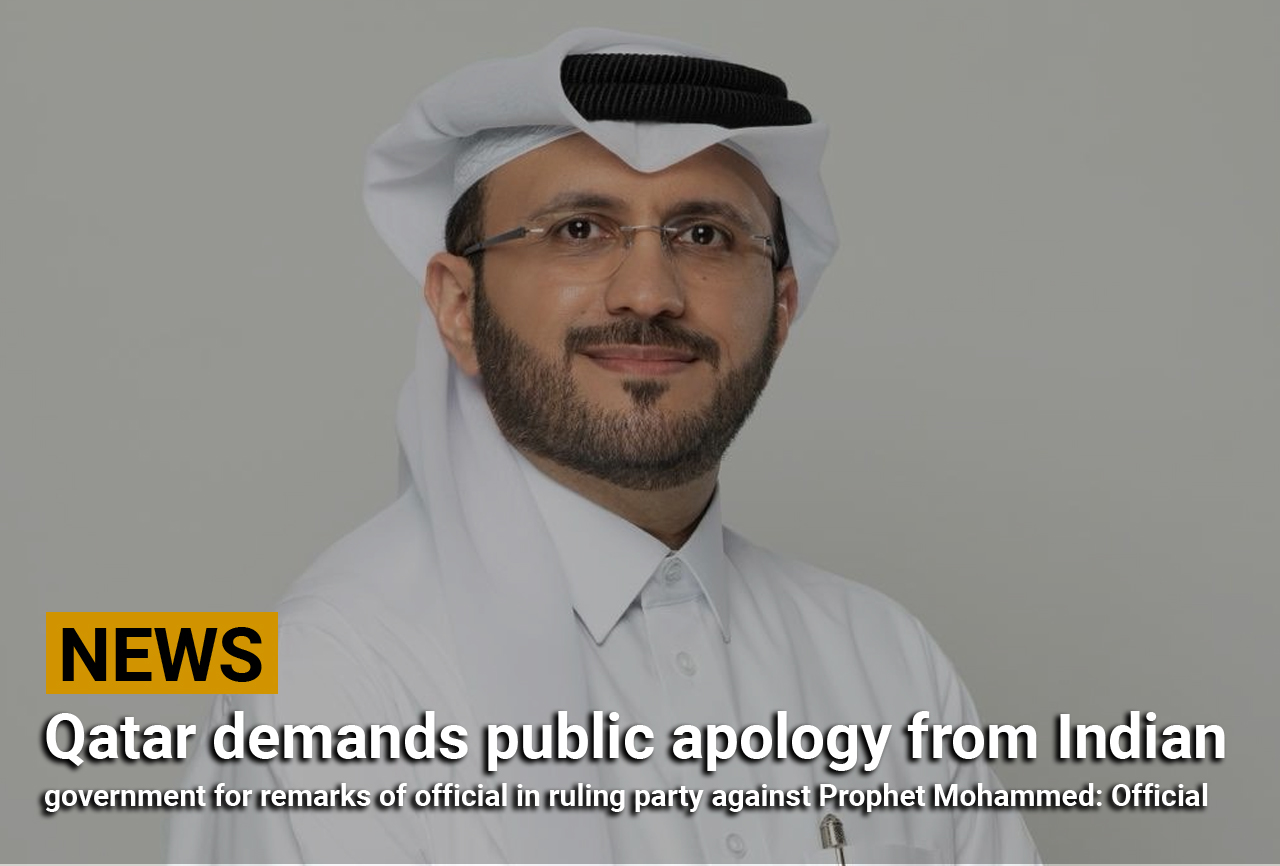 Speaking to Qatar News Agency (QNA), Al Ansari said that the State of Qatar calls on the Indian government to immediately condemn these remarks and publicly apologize to all Muslims in the world. Also, he stressed the danger of empowering hate speech and Islamophobic discourse in a country that Islam and Muslims have clearly contributed to its civilized development and today they represent a large percentage of its citizens.

Dr. Al Ansari underlined that whoever made these statements is undoubtedly ignorant of the position of the Prophet Mohammed (may blessings and peace be upon him) among Muslims and their veneration of him, and that attacking him is a deliberate provocation of the feelings of all Muslims.

The Spokesperson of the Ministry of Foreign Affairs said that the State of Qatar welcomed the statement issued by the ruling party in India in which it announced the suspension of the party’s official from practicing his activities in the party due to his remarks that angered all Muslims around the world, pointing out that allowing such Islamophobic remarks to continue without punishment, constitutes a grave danger to the protection of human rights and may lead to further prejudice and marginalization, which will create a cycle of violence and hate.