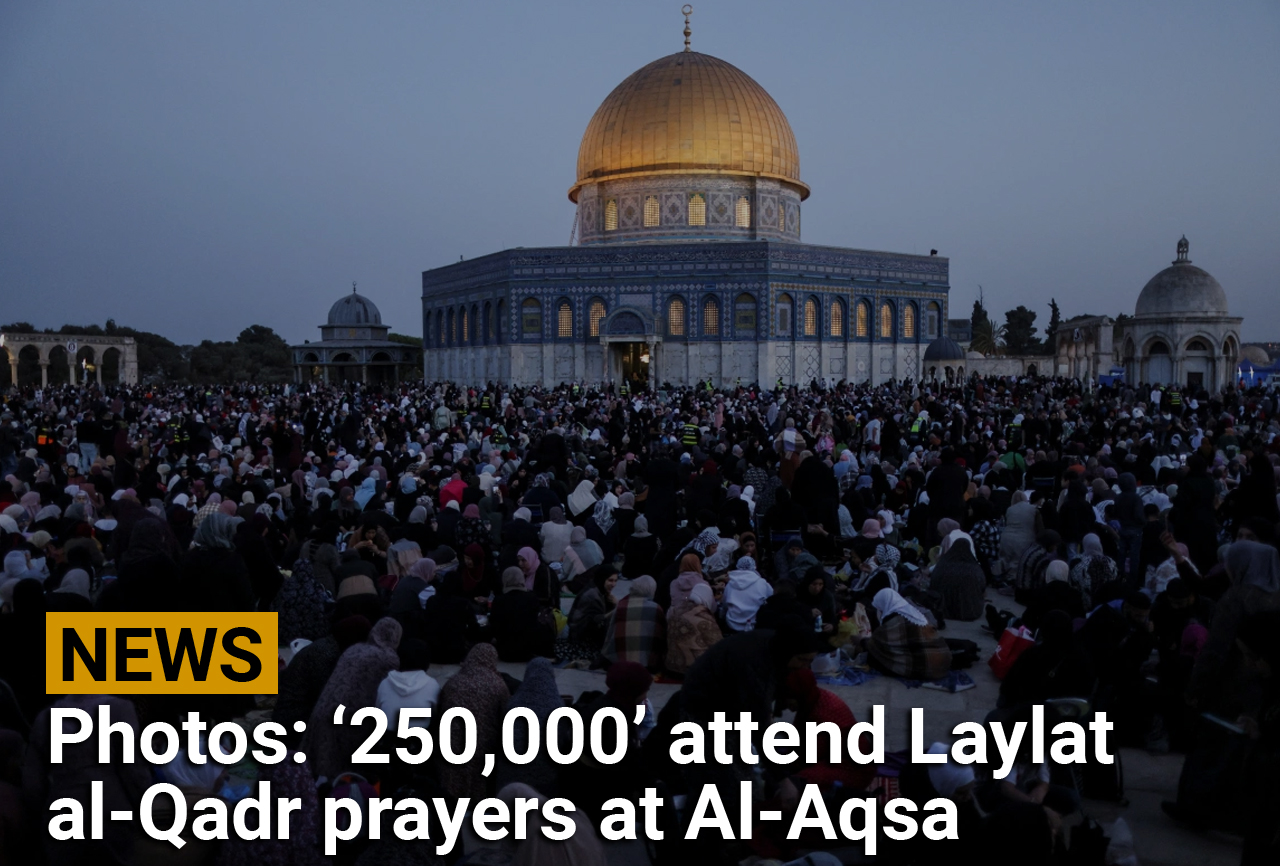 Authorities say 250,000 people gathered for prayers at the Al-Aqsa Mosque to mark Laylat al-Qadr, or Night of Power.

Islamic authorities in Jerusalem say 250,000 people gathered to attend prayers at the Al-Aqsa Mosque to mark Laylat al-Qadr, as the holy month of Ramadan continues.

The faithful congregated at the mosque, one of Islam’s holiest sites, on Wednesday evening, close to the golden-topped Dome of the Rock. Muslims believe the Prophet Muhammad ascended to heaven from the site.

Laylat al-Qadr, or Night of Power, is believed by Muslims to be the night the first verses of the Quran were revealed to the Prophet Muhammad. Laylat al-Qadr is said to fall on one of the odd nights of the last 10 days of Ramadan, with the exact night unknown, although it is commonly believed to be the 27th.

Worshippers gathered amid heightened tensions between Israel and the Palestinians following a string of deadly attacks inside Israel, arrest raids in the West Bank and attacks by Israeli police on Palestinians at Jerusalem’s most sensitive holy site.

No incidents were reported on Wednesday night.

The Al-Aqsa Mosque compound is also revered by Jews as the Temple Mount. They predominantly worship at the Wailing Wall, also known as the Buraq Wall in Arabic.

UP Seer, Accused Of Giving Rape Threats To Muslim Women, Says “No Guilt”