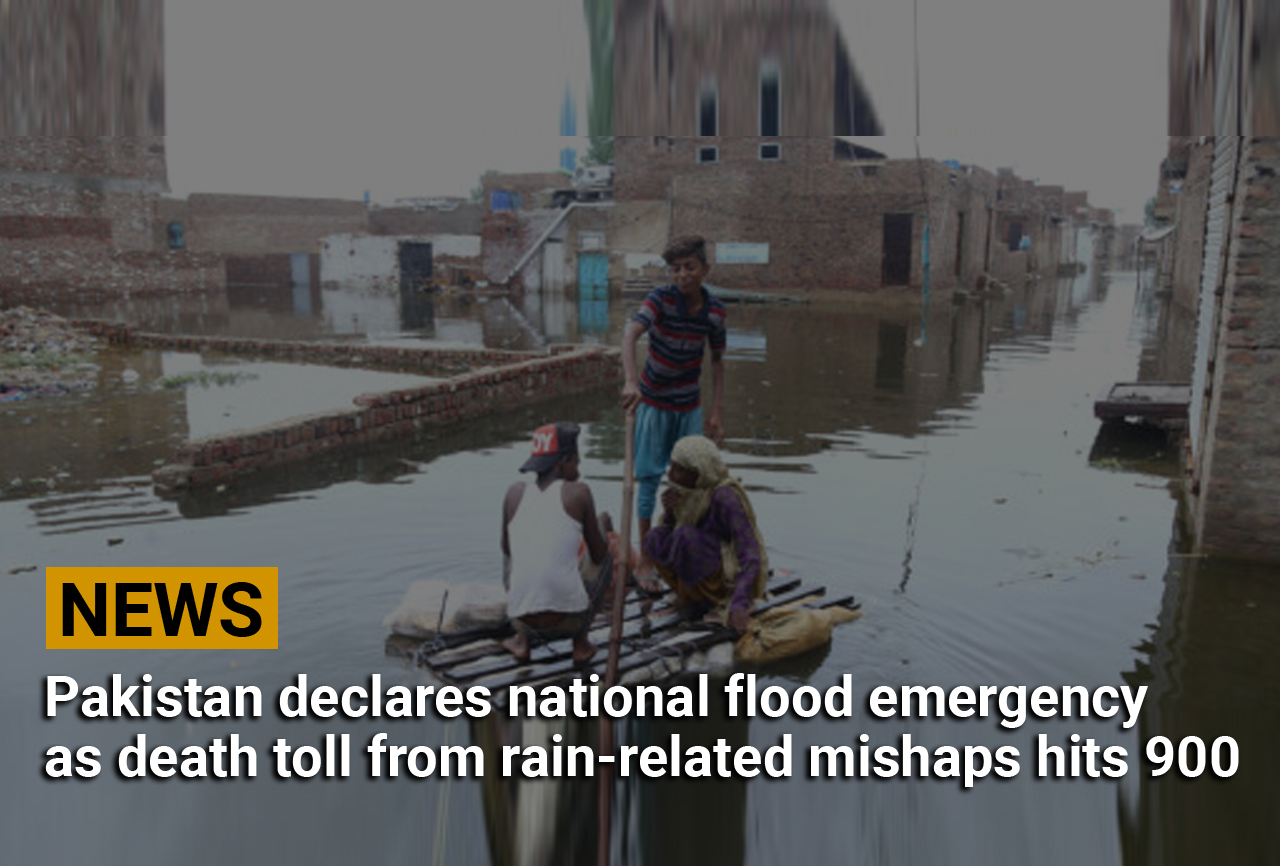 ISLAMABAD (AA) Pakistan declared a national emergency and called in the army to assist the civil administration in relief and rescue operations as the death toll from rain-related incidents surpassed the grim figure of 900.

The decision was made in a three-hour meeting late Thursday night after authorities said floods had affected more than 30 million people across the country, with the majority of them displaced after their homes were damaged by heavy rains, causing flash floods, according to a statement issued by the Prime Minister’s office.

During the meeting, Prime Minister Shehbaz Sharif decided to send troops from the Pakistan army to assist the civil administration with relief and rescue operations.

“Prime Minister calls an emergency conference of foreign envoys based in Islamabad to seek international community help,” the statement said.

During the last 24 hours, at least 34 people were killed and 50 others injured as a result of flood and rain-related incidents.

So far, 937 people have lost their lives, including 343 children and 198 women, while 1,343 others have been injured since mid-June, according to the National Disaster Management Authority (NDMA).

“This water is high now not only on both sides of the Indus in southern Pakistan but has triggered a new flash flood phenomenon where it’s raining in 7-8 unprecedented cycles, super flooding areas from a merciless sky,” she tweeted after the meeting.

Meanwhile, international organizations and financial institutions have announced an immediate aid of more than $500 million for the flood victims after the prime minister’s appeal for help.

Yogi case: UP denied sanction to prosecute 2 months after he took over as CM