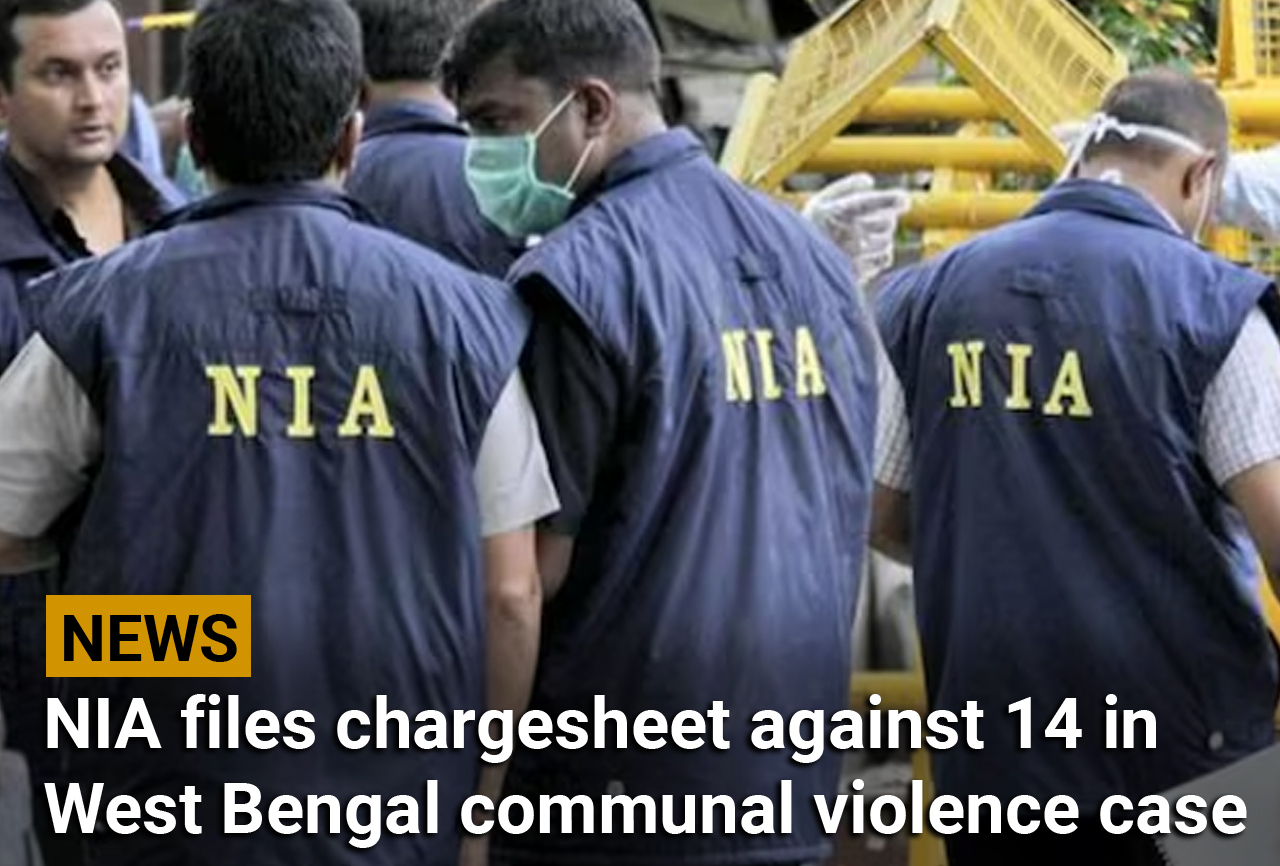 The National Investigation Agency (NIA) has filed a chargesheet against 14 people in a case pertaining to the clash between members of two communities in West Bengal last year, an official said on Sunday.

The chargesheet was filed in a special NIA court in Kolkata on Saturday under various sections of the Indian Penal Code and Explosive Substances Act, a spokesperson for the federal agency said.

The case, registered initially at the Ekbalpur Police Station on October 10, 2022 and re-registered by the NIA eight days later, pertains to a clash between members of two communities who engaged in brick-batting, stone-pelting and hurling bombs at each other.

They also deterred police personnel from discharging their official duties by physically assaulting them, damaging vehicles parked nearby and also attacked police personnel in the jurisdiction of Ekbalpore police station, the spokesperson said.

“Investigations revealed that the accused hatched a criminal conspiracy, gathered into an unlawful assembly with the intention to attack dwelling houses/shops of people of a particular community at Bhukailash Road, Kolkata by using crude bombs, petrol bombs, wooden sticks, brick bats and stones.

“Further, the accused persons, as part of an unlawful mob, prevented the police force from entering the area to control the riots and even assaulted police personnel,” the spokesperson said.