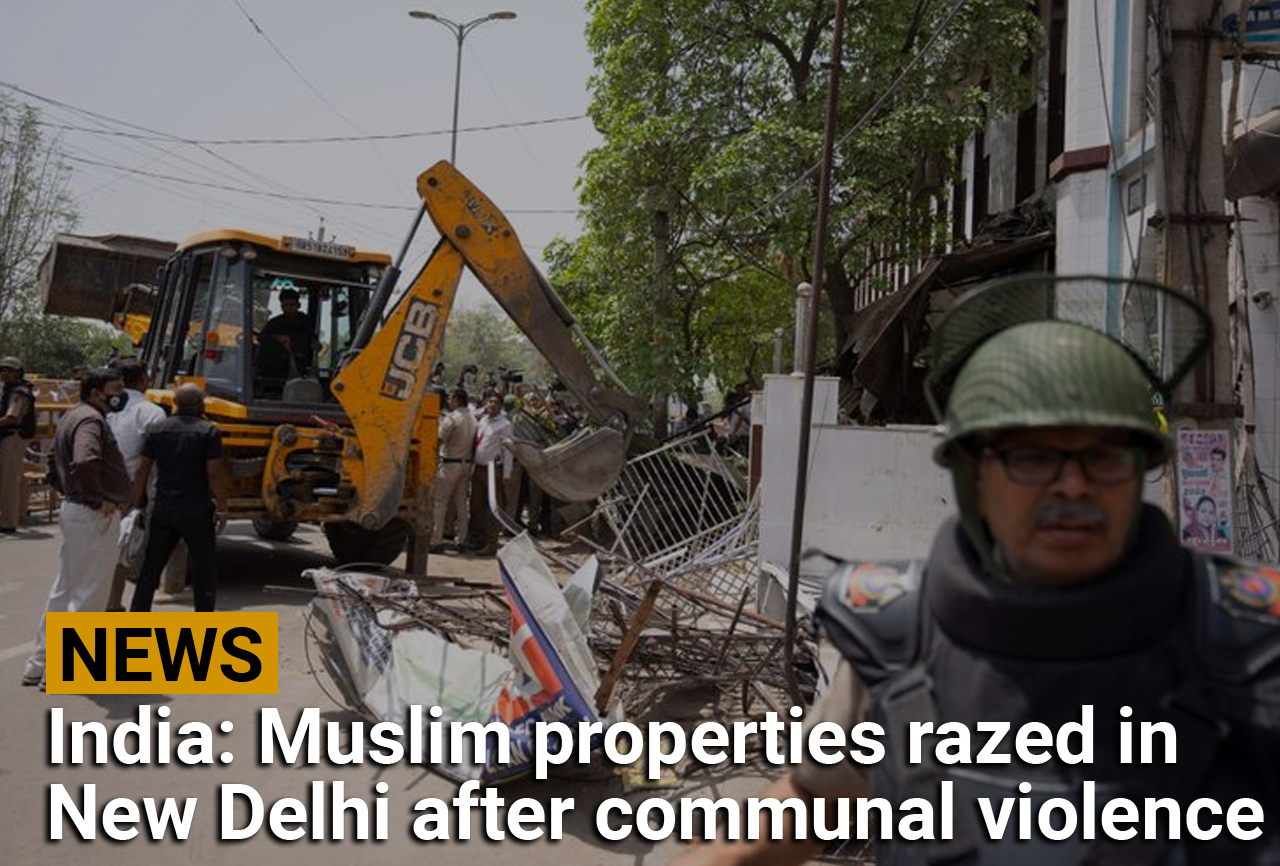 Shop owners weeded through the rubble of their shops afterward to collect their belongings. But for nearly an hour after the Supreme Court order, officials continued to demolish structures, including the outer entrance and stairs leading into a mosque. They stopped the bulldozers just outside the entrance of a Hindu temple, about 50 meters from the mosque, and began to retreat, spurring outrage from Muslim residents who said they were being targeted. 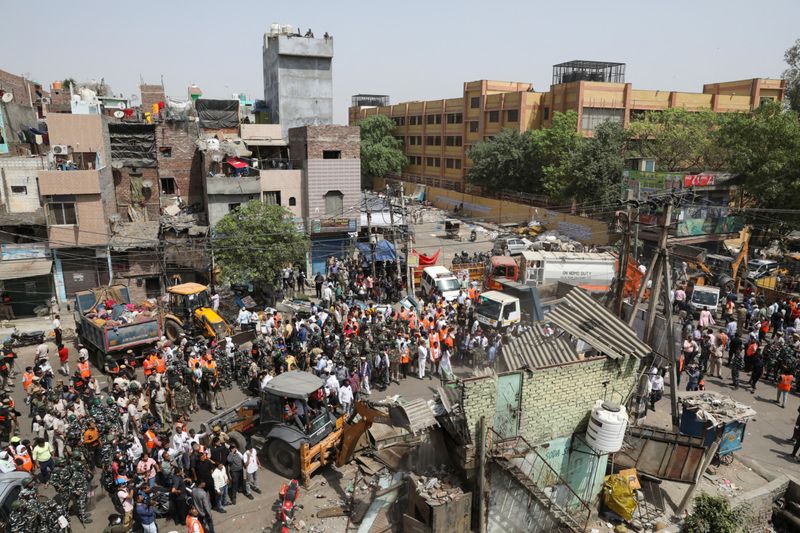 Anti-Muslim sentiment and attacks have risen across India in the past 10 days, including stone-pelting between Hindu and Muslim groups during religious processions and demolitions of a number of properties, many belonging to Muslims, in another state last week.

Police have arrested at least 24 suspects since communal violence broke out Saturday during a Hindu religious procession in New Delhi’s northwest Jahangirpuri neighborhood. They said Hindu and Muslim groups threw stones at each other during a procession to mark the birth date of Hindu deity Hanuman, leaving eight police officers and a civilian injured, local media reported.

Officials say their demolition drive targets illegal buildings and not any particular community.

On Wednesday morning, bulldozers demolished a string of shops on the roadside in Jahangirpuri while the owners peered out from windows in their homes, watching helplessly as their stalls were destroyed or taken away on trucks.

“They don’t want Muslims to live in this country. Why? Are Muslims terrorists?’’ said Sabiran Bibi, 31, who has lived in the area all her life. 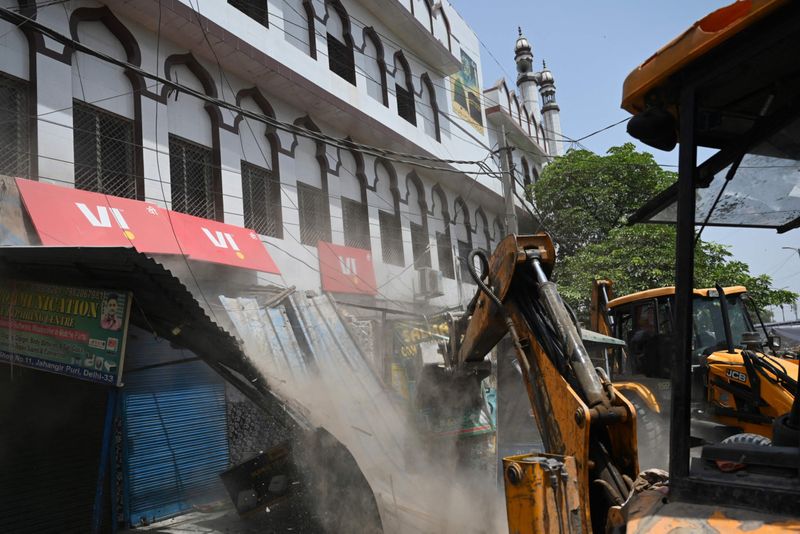 Raja Iqbal Singh, mayor of the North Delhi Municipal Corporation which is ruled by the BJP, said authorities were only bringing down “illegal buildings that have encroached onto the roads.”

He added that the action had nothing to do with the earlier violence but that some of the shops belonged to people accused of rioting.

The drive occurred as the area in northwest New Delhi was swarmed by paramilitary forces in riot gear and comes after the city’s BJP chief Adesh Gupta urged the municipal corporation to “take action on the illegal construction and encroachment of the rioters,” he said in a tweet on Wednesday. “I congratulate the corporation for taking quick action on it,’’ he said.

While authorities have termed it a “routine exercise,” the call from Gupta and the timing of the move — four days after the violence in the neighbourhood erupted — have raised questions.

A similar demolition drive was seen last week in central Madhya Pradesh state’s Khargone city after a Hindu procession on April 10 to mark the birth anniversary of Lord Ram erupted in violence, with Hindu mobs brandishing swords and sticks as they marched past Muslim neighborhoods and mosques. Soon, groups from both communities began pelting stones at each other, according to police.

A day later, bulldozers razed down about 45 buildings, including homes and shops, in five parts of Khargone city. Many of them, though not all, belonged to the Muslim population, reported local media.

“The buildings demolished were illegal structures set up on encroached land belonging to people from both communities,’’ P Anugraha, district collector in the city, told The Indian Express last week.

Ramadan 2022: Importance of justice in Islam

UP Seer, Accused Of Giving Rape Threats To Muslim Women, Says “No Guilt”