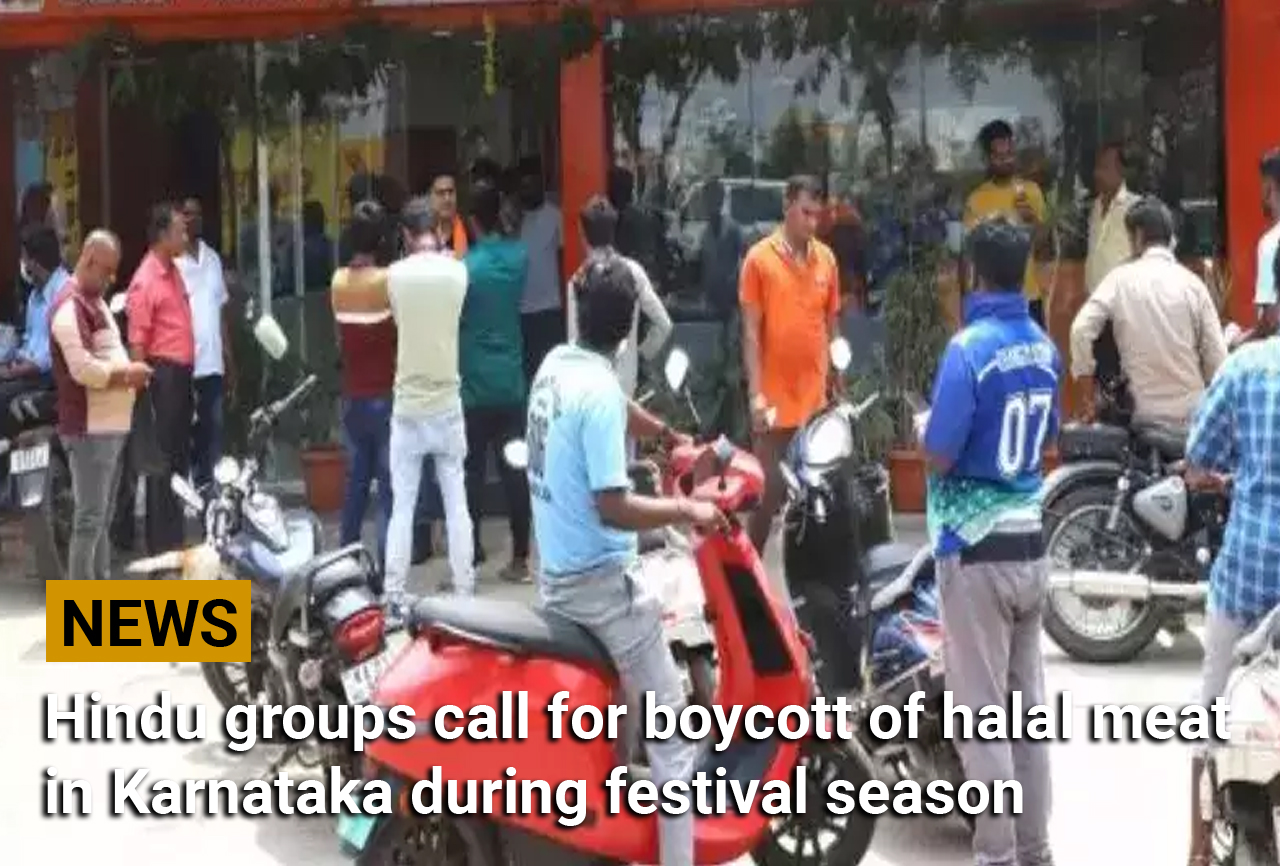 Hindu Jana Jagruthi Committee held an anti-halal convention October 16 and urged people not to purchase any halal certified products throughout the festival of lights.Taking note of the campaign, the Karnataka Police have taken precautionary measures and ensured tight vigilance across the state to maintain law and order situation.Earlier this year, Bajrang Dal Hindu Janajagruthi Samiti and Srirama Sene and few other right-wing groups had appealed to people in Karnataka for removal of halal certification from the signboards of meat shops.

Bharatiya Janata Party (BJP) national general secretary CT Ravi had said that halal meat is part of an “economic jihad” by the Muslim community.“Halal is an economic Jehad. It means that it is used like a Jehad so that Muslims should not do business with others. It has been imposed. When they think that Halal meat should be used, what is wrong in saying that it should not be used? Ravi had said.Advocating for ban on halal meat, the BJP leader had said trade practices cannot be have a one way rule and “If Muslims agree to eat non-halal meat, then these people (Hindus) will also use halal meat”.