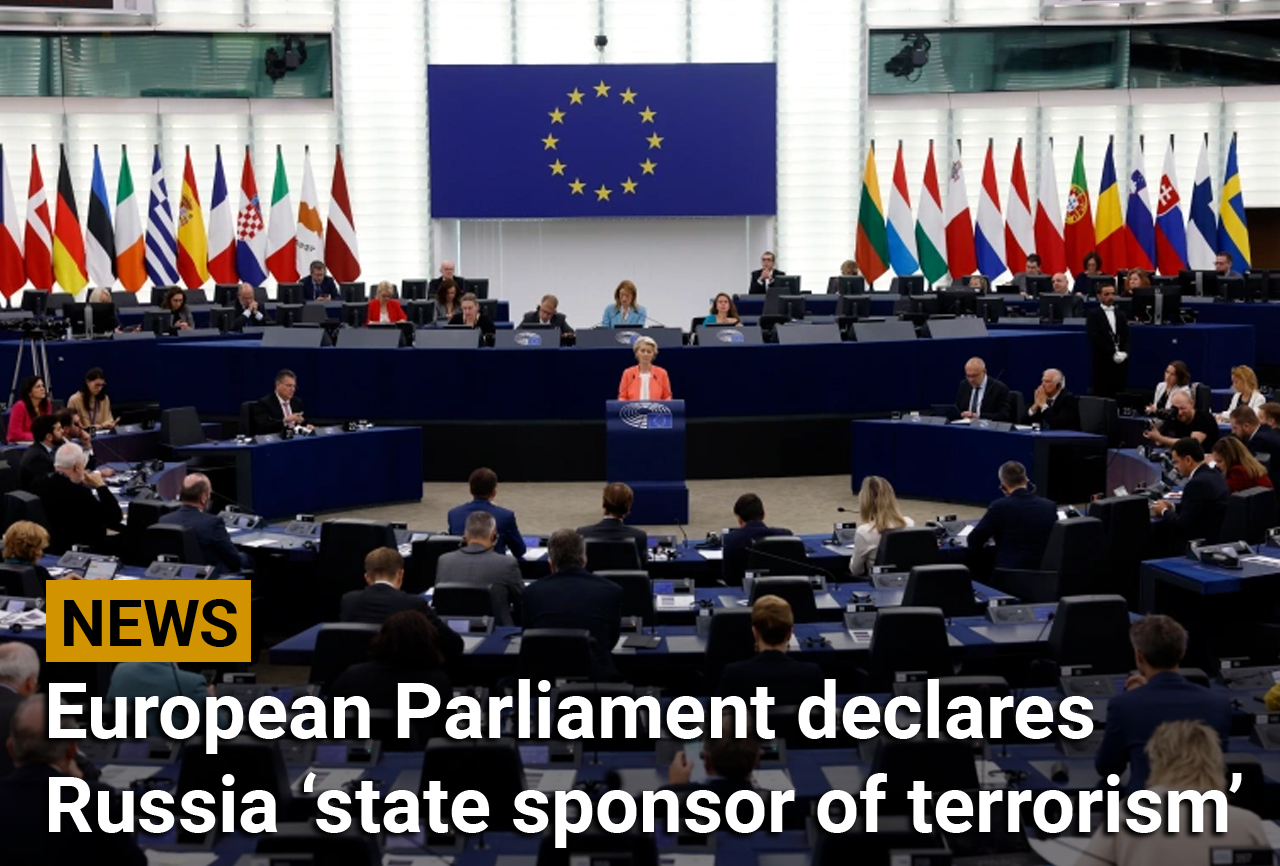 Ukrainian President Zelenskyy welcomes the designation, a move Washington has so far resisted.

European lawmakers passed the resolution on Wednesday with 494 members voting in favour, 58 against and 44 abstaining.

“The deliberate attacks and atrocities carried out by the Russian Federation against the civilian population of Ukraine, the destruction of civilian infrastructure and other serious violations of human rights and international humanitarian law amount to acts of terror,” the resolution said.

However, the move is largely symbolic as the European Union has no legal framework to back it up.

Ukrainian President Volodymyr Zelenskyy welcomed the vote, saying, “Russia must be isolated at all levels and held accountable.”

Zelenskyy urged the United States and other countries to follow suit as he accused Moscow of targeting civilians, an allegation Russia denies.

The EU, US and United Kingdom have already imposed unprecedented sanctions on Russia over its war in Ukraine.

But US Secretary of State Antony Blinken has so far refused to place Russia on a “terrorism” list despite resolutions in both chambers of Congress urging him to do so.

Currently, the US State Department considers Cuba, North Korea, Iran and Syria as “state sponsors of terrorism”, meaning they are subject to a defence export ban and financial restrictions.

Four EU members – Lithuania, Latvia, Estonia and Poland – have so far designated Russia as a “state sponsor of terrorism”, according to the European Parliamentary Research Service.