Home NEWS Don’t get carried away by emotions and get chopped into 36 pieces: Pragya Thakur warns girls on love jihad 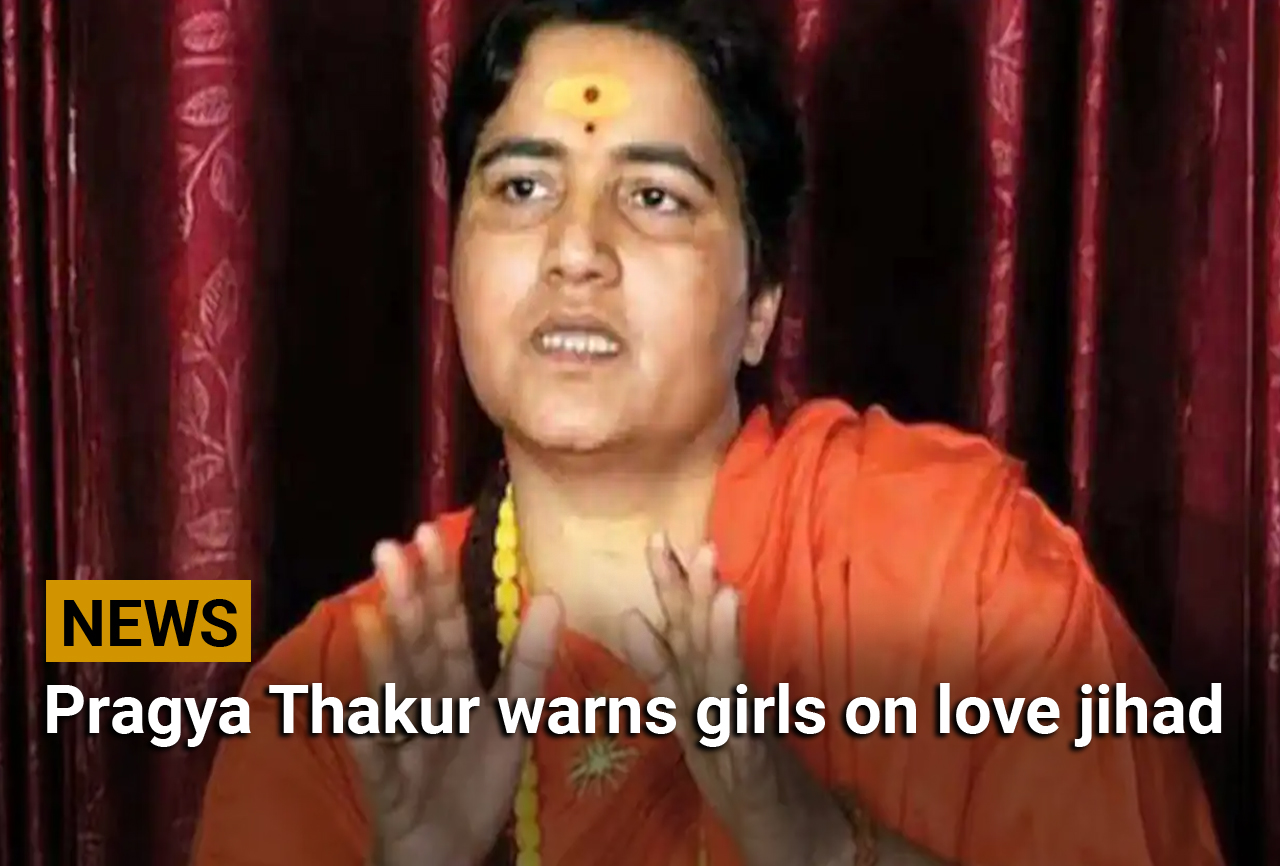 Bhopal: Bharatiya Janata Party (BJP) MP Pragya Singh Thakur has said that her “keep the knife for cutting vegetables a little sharp” comment was misinterpreted. Taking part in an event at Saraswati Sishu Mandir in Madhya Pradesh, Sadhvi Pragya said that she doesn’t sing songs of love in war and being a monk, she will guide the society and give protection to women.Threatening legal action against people ‘misrepresenting’ her statement, the BJP MP said, “I think some people’s agenda may have failed and that is the reason why they are crying. I didn’t name anyone, I saw those girls who are abducted, sold, masculinised, mutilated, killed.”

If the situation of today’s country is seen then no one will take it negatively. I have said about the social situation, our girls are not safe. Our girls are insecure because of love jihad, the agenda of those indulging in love jihad has failed, that’s why they are suffering, she said.”If I spoke about giving protection to girls then why is it hurting,” the BJP MP said.They have ill-will, dirty feelings, which they want to establish. I call upon every woman, every child to be ready for self-defence, she exhorted at the event.

I urge the girls not to get carried away by emotions and get murdered and their bodies chopped into 36 pieces, Pragya Thakur said.Hitting out at Congress for criticising her statement, the BJP MP said one the MLA of the grand old party had called for burning me alive.I will take constitutional action against those who distorted my statement, she said.Sadhvi Pragya had created a huge controversy while addressing Hindu Jagarana Vedike’s South Region annual convention at Shivamogga.“Keep the knife for cutting vegetables a little sharp, I am speaking this clearly. They stabbed Harsha with knife. They have stabbed our heroes, Hindu heroes, workers of Bajrang Dal, BJP workers, and Yuva morcha workers with knives,” she said.

Winter set to be worst ever for A&E waits, health leaders warn