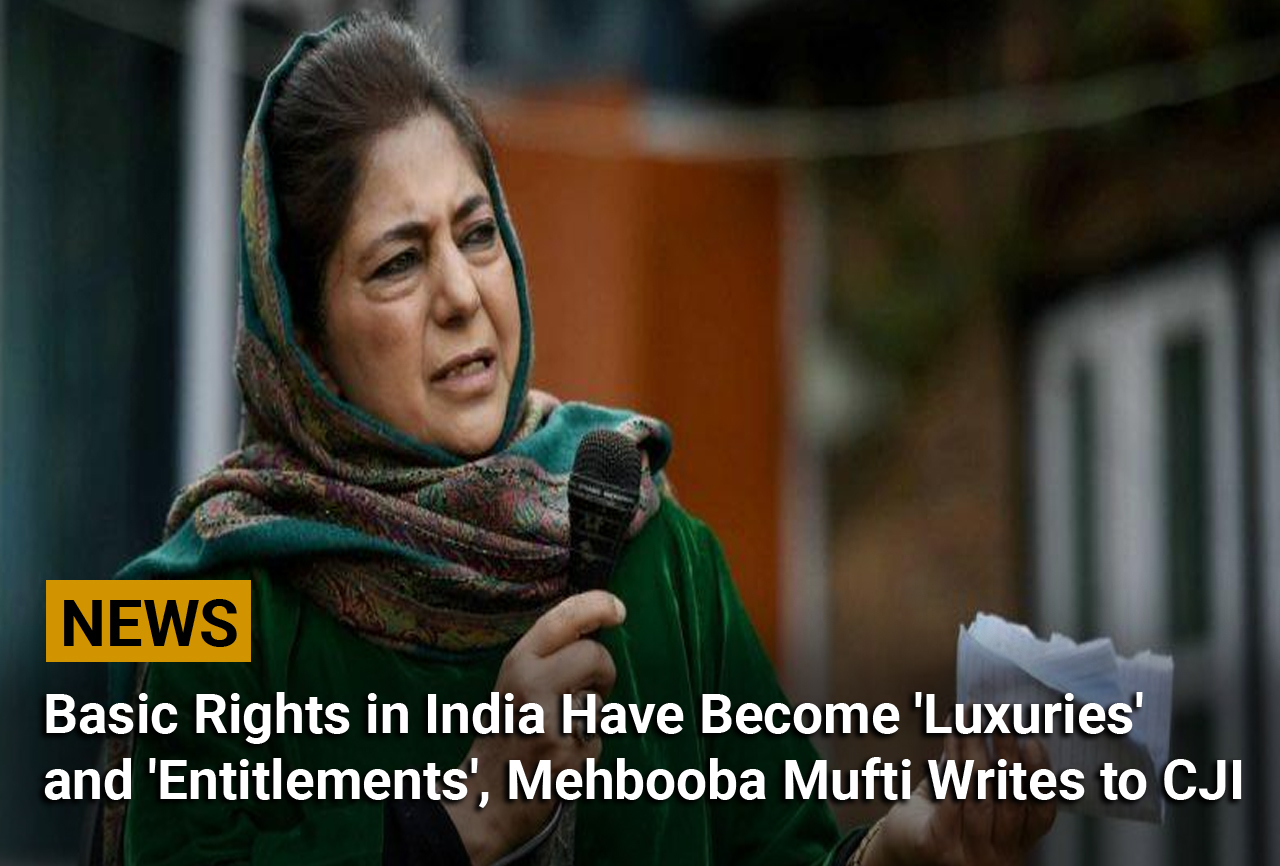 The former chief minister also alleged that since 2019, the fundamental rights of every resident of Jammu and Kashmir have been suspended arbitrarily.

Srinagar: Basic rights in the country have now become “luxuries” and “entitlements” bestowed upon only those who toe the government’s line on political, social, and religious matters, former Jammu and Kashmir chief minister Mehbooba Mufti said on Saturday.

In a letter to Chief Justice of India D.Y. Chandrachud, she also alleged that the trust deficit and growing alienation have only widened in Jammu and Kashmir since the abrogation of Article 370 in 2019.

“I write to you with a deep sense of concern and worry about the prevailing situation in the country, especially J-K. Your recent observations on the inability of lower judiciary to grant bail in ordinary cases in a functioning democracy as ours should have been adopted as a directive rather than just being consigned to a single column story churned out in newspapers,” Mufti said in the letter posted on her Twitter handle.

Speaking at the inauguration of the Andhra Pradesh Judicial Academy on Friday, CJI Chandrachud had said that over 63 lakh cases across the country have been considered to be delayed due to non-availability of counsel and over 14 lakh cases are delayed as they await some kind of document or record.

Don’t get carried away by emotions and get chopped into 36 pieces: Pragya Thakur warns girls on love jihad