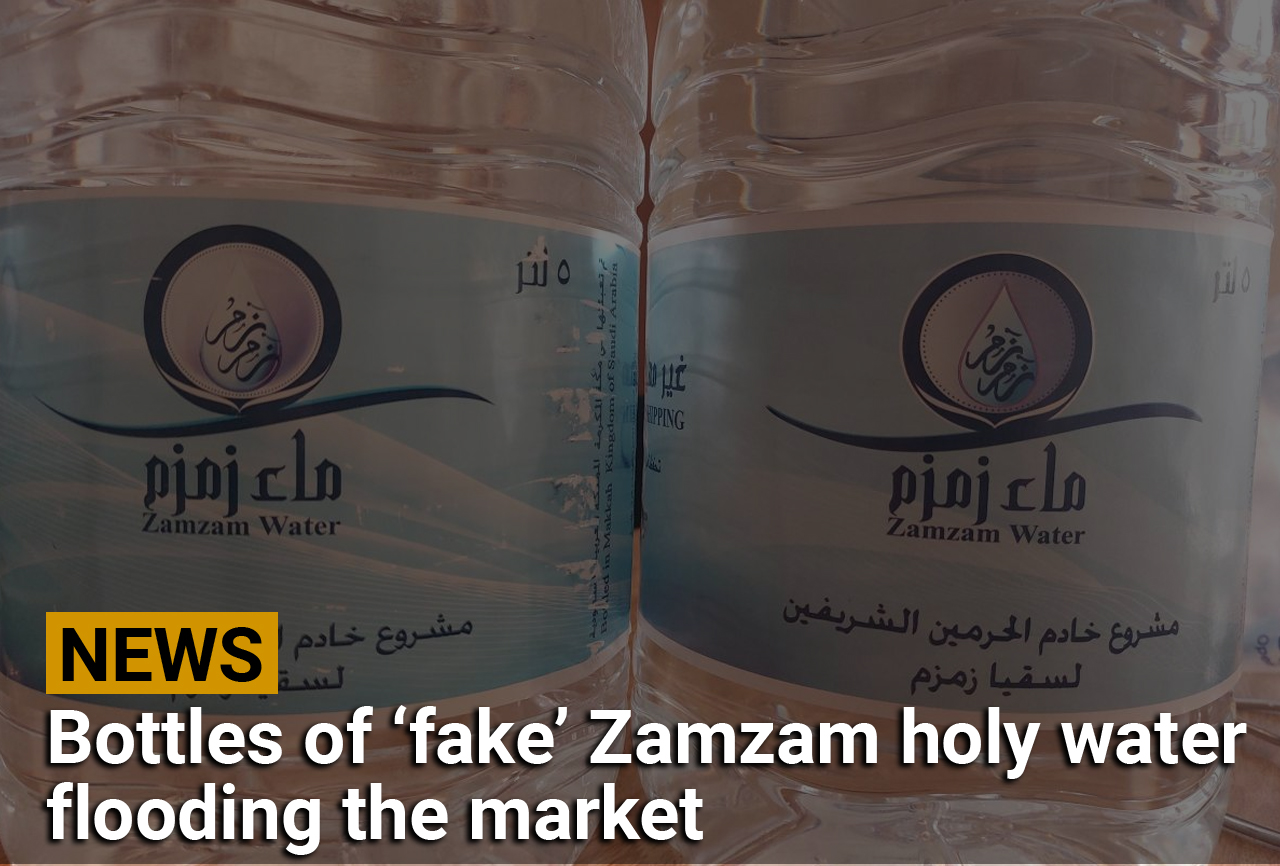 BOTTLES of suspected ‘fake’ Zamzam holy water have made their way on to shelves in Lancashire, it has been claimed.

The Zamzam water is believed to have been bottled and sourced in Turkey, and was shipped over to the UK during Ramadan.

Zamzam water hails from a well which is located within the Masjid al-Haram in Mecca, Saudi Arabia, the holiest site in Islam.

Millions of pilgrims visit to drink from the well each year while performing the Hajj or Umrah.

According to one supplier, the bottles were being sold “when it was apparent no water had been leaving Saudi Arabia”.

However, these bottles began to appear in stores during Ramadan and were on sale for between £22 and £28.

It is believed more than 4,000 bottles have found their way on to the market and delivered to Yorkshire.

They have has been sold at shops in Blackburn and East Lancashire, as well as elsewhere in the North West, most notably in Bradford and Leicester after being supplied from a contact in London.

The water comes packed as it would from Saudi Arabia and appears to include all the correct labelling. However, a number of discrepancies between the bottles have been highlighted showing them to be fakes.

Most notably, the quality of the engraving on the top of the blue cap is noticeably poorer, with the omission of an ‘S’ on the base of the bottle and the difference in the Zamzam fonts on the side.

One major supplier said: “It is a very good copy and we can understand how people and stores would think it is the genuine thing.

“However, there are some things people can look out for. The engraving on the top of bottle cap is not the same as the original.

“The bottles themselves come almost untouched and unscratched. The bottles that come from Saudi Arabia will be heavily scratched as they leave the plant.

“In this case they have made the fakes almost ‘too good’.

“You will find an original bottle does not come shipped in a plastic bag.

“There are also discrepancies in the engraving on the base of the bottle. The fake does not have this.

“The easiest way is to compare a bottle received by someone who came from the Hajj or Umrah.

“During Ramadan no supplies of Zamzam water were coming into the UK. We know this as we deal with shipping on a daily basis.”

The font on the side of the bottle is different

Documents relating to the shipment of the bottles show a container left the port of Gebze in Turkey and arrived in Southampton.

Our source said: “A lot of the bottles were also sold on social media.

“In this case people have bought these on trust. Now there are doubts, people should be aware the water may well not be from holy city.”

One store owner said once they had become aware of concerns they removed the bottles from the shelves until an investigation had been carried out.

“We received the batch on good faith just after Ramadan and all the bottles were recalled on Sunday May 8,” he said.

“We take care in supplies and in this case once we realised there may be doubt on the authenticity we removed the bottles from the shelves.”

The latest claims come after Trading Standards in London raided premises in Ealing, seizing 282 five-litre bottles of ‘Zamzam’ water before the start of Ramadan.

The batch was discovered by officers which was suspected to have arrived in containers from Turkey.

Mohammed Tariq, Ealing Council’s senior trading standards officer who made the discovery, said at the time: “We don’t know how these bottles entered the UK, and we obviously don’t know if they contain toxins but consumers should be aware of the risks of purchasing a product that hasn’t been tested before being put on sale.

“The bottles will be formally examined, and an investigation has been launched.

“What we do know is that the bottles already fail the labelling requirements. There is no information to confirm their source or what ingredients they contain.”

According to Islam, the Zamzam well miraculously generated a source of water from God, which sprang thousands of years ago when Ibrahim’s (Abraham’s) son ʾIsmaʿil (Ishmael) was left with his mother Hajar in the desert, thirsty and crying.

During Ramadan, 100 samples are tested every day to ensure that the water is in good quality.