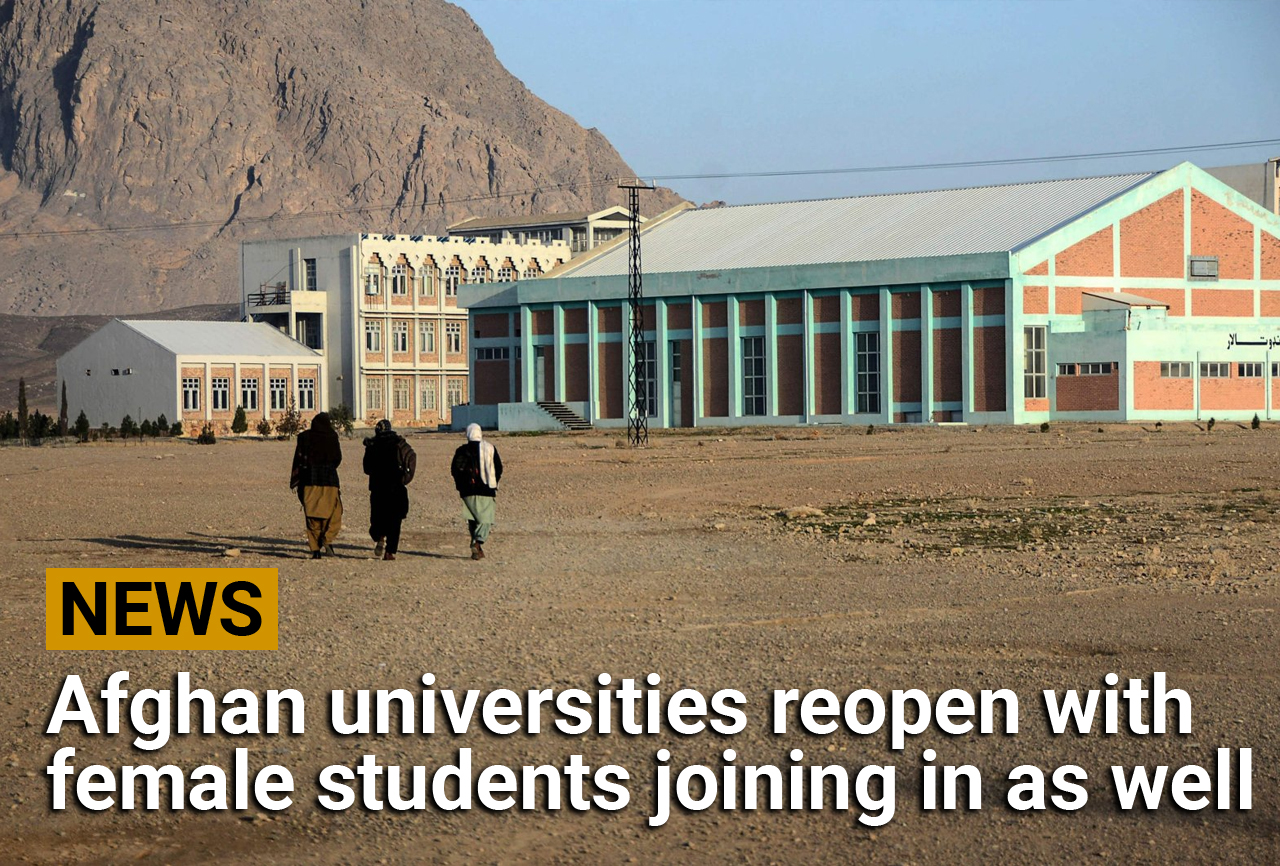 Female students joined their male counterparts Wednesday as Afghanistan’s public universities opened for the first time since the Taliban took over the country last year.

The Taliban administration had not officially announced its plan for female university students, but education officials told Reuters women were permitted to attend classes on the proviso they were physically separated from male students.

A Reuters witness in the eastern city of Jalalabad saw female students entering via a separate door at Nangarhar University, one of the large government universities opening this week.

Under its previous rule from 1996 to 2001, the Taliban had barred women and girls from education. The group says it has changed since resuming power on Aug. 15 as foreign forces withdrew but has been vague on its plans and high school-aged girls in many provinces have still not been allowed to return to school. Some private universities have reopened, but in many cases female students have not been able to return to class.

The international community has made education of girls and women a key part of its demands as the Taliban seek more foreign aid and the unfreezing of overseas assets.

The United Nations late on Tuesday praised the inclusion of female students at the country’s public universities, appearing to indicate official confirmation.

“(The) U.N. welcomes the announcement that public universities will begin re-opening 2 February to all female and male students. So crucial that every young person has equal access to education,” the U.N.’s mission to Afghanistan said in a Tweet late on Tuesday.

An education official who asked not to be named because he was not authorized to speak to media said universities had been given different options to keep female students isolated, including separated classes and staggered operating hours to divide the genders.

Khalil Ahmad Bihsudwal, the head of Nangarhar University, told Reuters male and female students at the institution would attend separate classes, a practice already in place in many provinces.

Only universities in warmer provinces opened on Wednesday. Tertiary institutions in colder areas, including Kabul, are due to resume on Feb. 26.