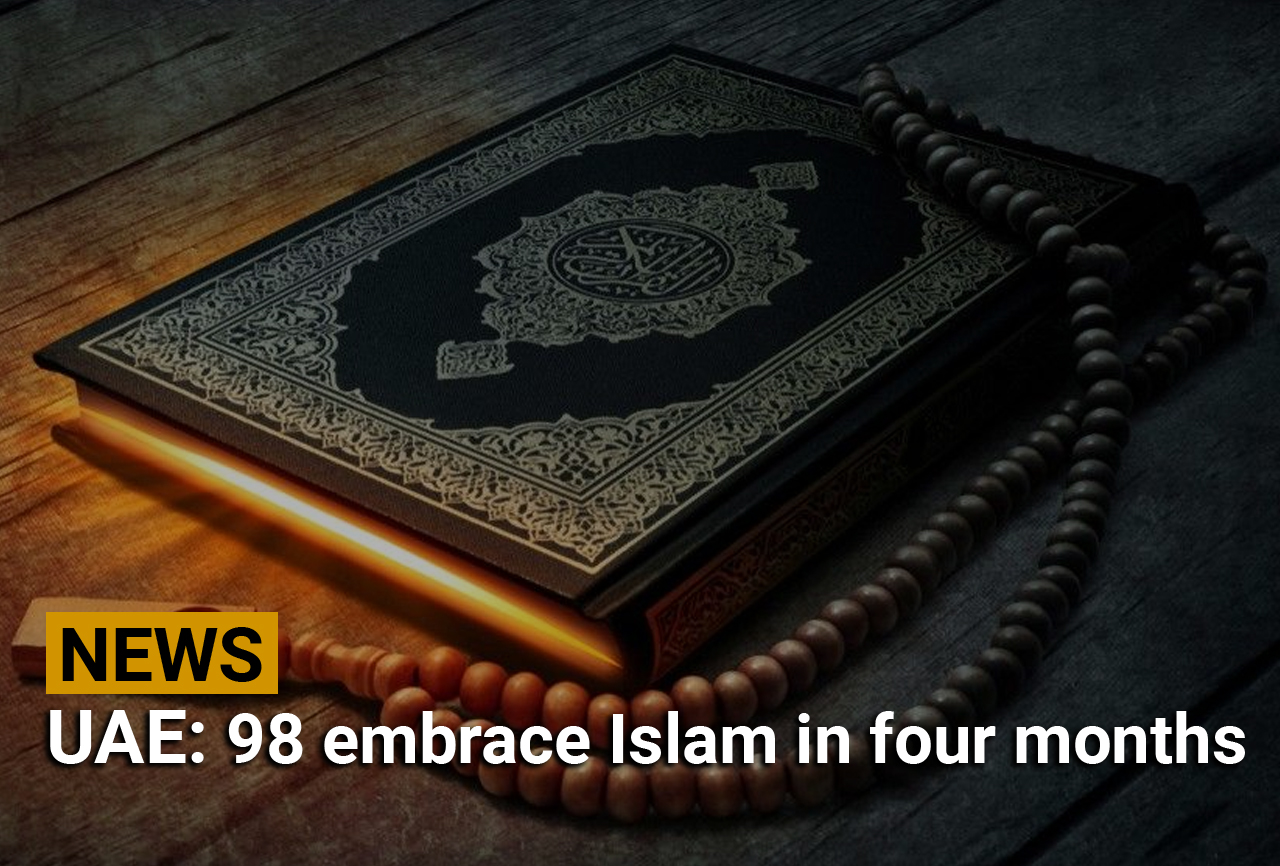 Ninety-eight people converted to Islam in the last four months, a moderate 10 per cent increase over the number that converted during the same period last year.

The average is increasing all over the UAE, especially in Dubai. Between January and September last year 267 embraced Islam in Dubai.

Most of the converts came from countries such as Thailand, Burma, the Philippines, Uzbe-kistan, Kyrgyzstan, Egypt, Russia, China and Lebanon.

Al Thani explained: “The section for new converts uses every means to give the converts a clear image of Islamic culture and traditions. Many come with distorted impressions about the religion. So our task is to correct these distortions. We try to do this through lectures, preaching, public conferences, as well as audio and video talk shows.”

He said: “Several wrong practices by a small section of Muslims have made many non-Muslims misunderstand Islam as a whole. Islam always denounces acts of violence and terrorism.”

Al Thani believes that non-Muslims can learn more about Islam through the media and by taking part in Islamic cultural contests.

The section conducts workshops and holds talks on the comprehensive message of Islam and its global concept, with the aid of scholars and preachers. Al Thani pointed out that the section’s objective was to call non-Muslims to embrace Islam in order to live a respectable life under this religion that provides decency in life and happiness in the days after.

Since its establishment in 1992 the section has been publishing and distributing literature on the teachings of the religion in different languages.

On holy occasions like Ramadan, Isra wal Miraj or Eid, scholars or clergymen are invited to lecture and introduce the public to beliefs, notions and teachings of Islam in prisons, Islamic associations, foundations and educational institutions as well as in mosques.

The department will hold lectures next month entitled ‘Islamic Lecture for New Muslims’ and ‘Islam is the true religion of the world and henceforth’.

The different sections of the department’s Women’s Da’wa Administration also helps new women converts by preparing monthly and annual schedules in addition to annual programs of Da’wa and instruction, publishes leaflets, booklets and articles on feminine Da’wa in different languages and contacts specialised administrations in the UAE.

It looks after new female converts by registering their names in administrations and gives them booklets to guide them through the initial phases of conversion.

The Month Of Shawwal 2022: Significance, Traditions And Facts