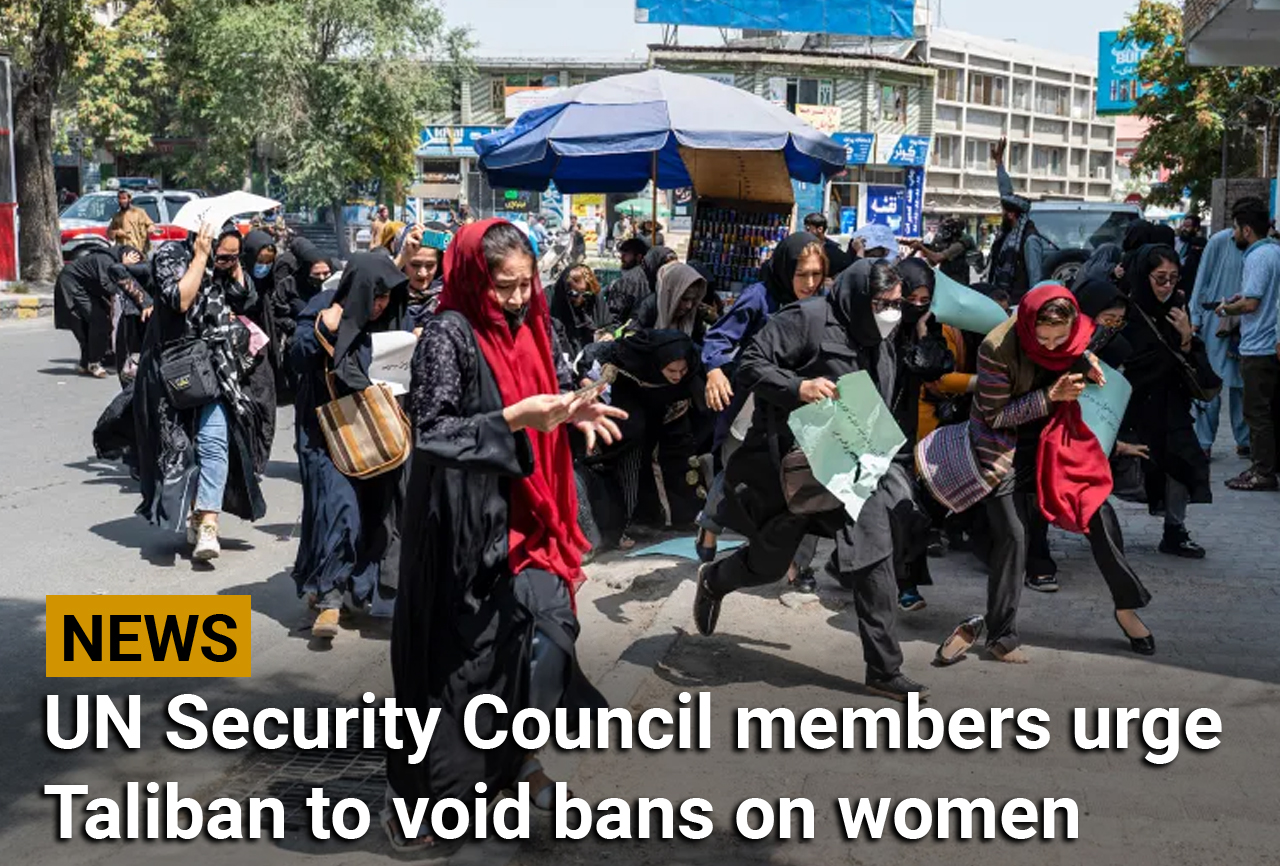 Eleven members of the UNSC call on the group to reverse restrictive policies on women’s and girls’ education and work.

Several members of the United Nations Security Council (UNSC) have urged the Taliban to end its repressive treatment of women in Afghanistan, as the group continued to impose restrictive policies on their education and work.

The 15-member UNSC met privately on Friday – at the request of the United Arab Emirates and Japan – to discuss the decisions by the Taliban-led administration, which seized power in Afghanistan in August 2021 following the US troop withdrawal.

Since then, the Taliban has squeezed women out of almost all areas of public life, banning them from secondary and higher education, public sector work and visiting parks.

“We urge the Taliban to immediately reverse all oppressive measures against women and girls,” said Japanese Ambassador Ishikane Kimihiro, speaking on behalf of 11 members of the Security Council, on Friday.

The 11 members – Albania, Brazil, Ecuador, France, Gabon, Japan, Malta, Switzerland, the UAE, the United Kingdom and the United States – called on the Taliban to “respect the rights of women and girls, and their full, equal and meaningful participation and inclusion across all aspects of society in Afghanistan, from political and economic, to education and public space”.

They also called on the authorities in Afghanistan to reverse bans on women working for aid groups or attending universities and high school.

Several international aid groups have suspended their work in Afghanistan because of the latest ban, which was announced by the Taliban government on December 24.

“The situation of women and girls in Afghanistan must remain high on the agenda of the Security Council,” said Friday’s statement.

The United Nations has said 97 percent of Afghans live in poverty, two-thirds of the population need aid to survive, and 20 million people face acute hunger.

UNICEF Executive Director Catherine Russell described the ban on female aid workers as “both wrong and dangerous”, according to her prepared remarks for the private Security Council meeting on Friday, seen by Reuters news agency.

“It is not hyperbole to say that without them, lives will be lost, children will die,” she said.