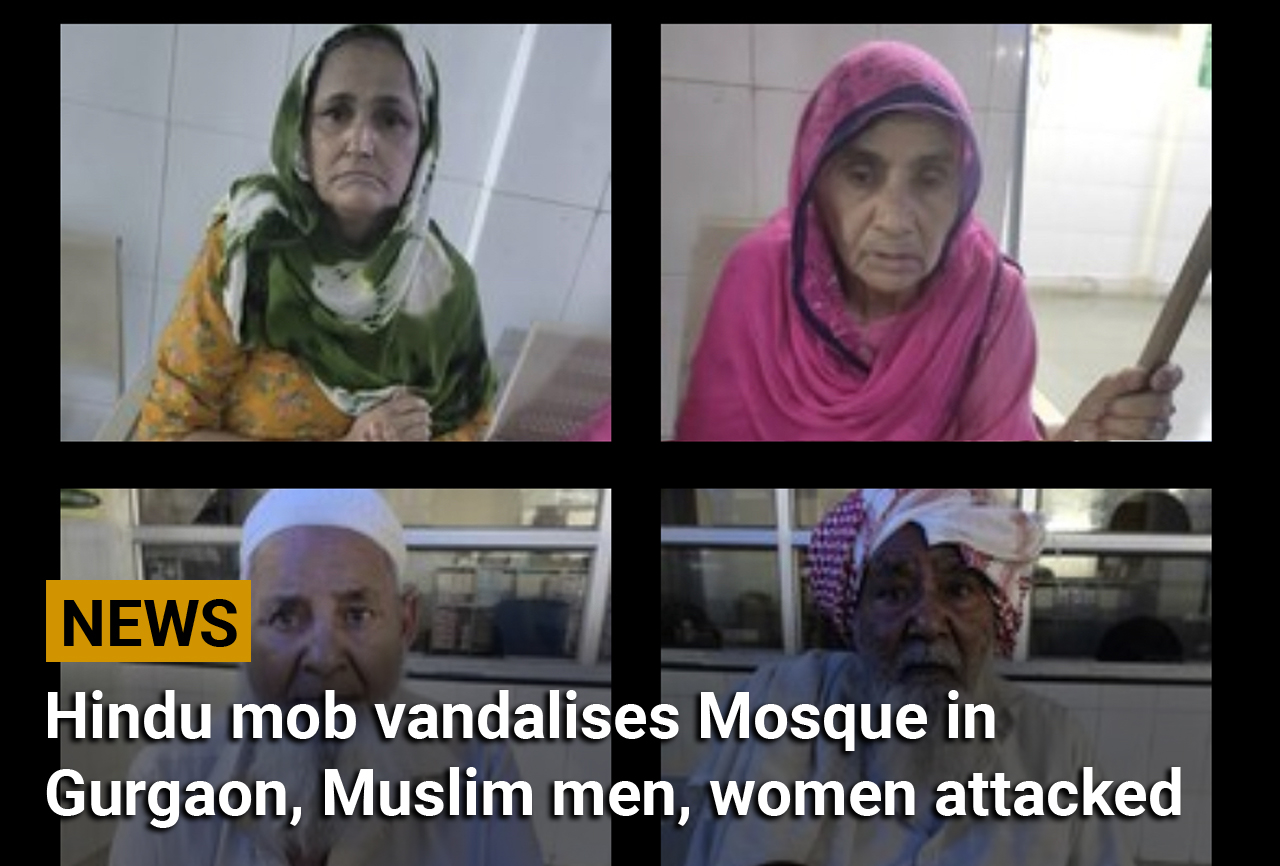 A mob of more than 200 people ransacked a mosque in Bhora Kalan village in Gurgaon, assaulting Muslims who were praying inside and threatened to expel them from the village.

Though the anti-Muslim violence happened in Bhora Kalan village Wednesday night, no arrests were reported till Thursday evening.

Police have registered an FIR in the incident.

According to a complaint filed by Subedar Najar Mohammad, Bhora Kalan village has only four houses of Muslim families.

“The ruckus began Wednesday morning, when a mob comprising about 200 people reportedly led by Rajesh Chauhan alias Babu, Anil Bhadoria, and Sanjay Vyas surrounded the mosque and entered the prayer hall where they threatened the namazis with expulsion from the village,” Mohammad said.

“In the night again, when we were praying inside the prayer hall in the mosque, the mob came and assaulted the namazis and even locked the prayer hall. They also threatened to kill us,” read his complaint.

Following Mohammad’s complaint, an FIR was registered against Rajesh Chauhan, Anil Bhadoria, Sanjay Vyas and several others under charges of rioting, trying to cause religious strife, and unlawful assembly at Bilaspur Police Station.

“We built a small mosque in our village area in 2013 since there were no mosques at that time. Hindu society has objected since then and tried to create disruption. Every day we are threatened and asked to leave the village. When Muslims from other villages come to offer Namaz once a week, i.e., Friday, the Hindu community obstruct them and create chaos,” Shakeel, a local Muslim resident said to Maktoob.

“A few days ago when it rained, we got the roof repaired at the mosque to which hundreds of Hindus came and started asking why you were getting repairs done. They also threatened us with their lives. Panchayat took place and we compromised and agreed to their terms because we didn’t want to dispute and resolve the issue once and for all. Last evening, just four people were offering Isha prayers, when hindutva goons attacked them while they were offering Namaz,” Shakeel said.

“As per the complaint, an FIR has been registered and we are verifying the facts. Action will be taken as per the law,” senior police officer Gajender Singh, the investigating officer said to PTI.

By the time police reached, the accused had fled.