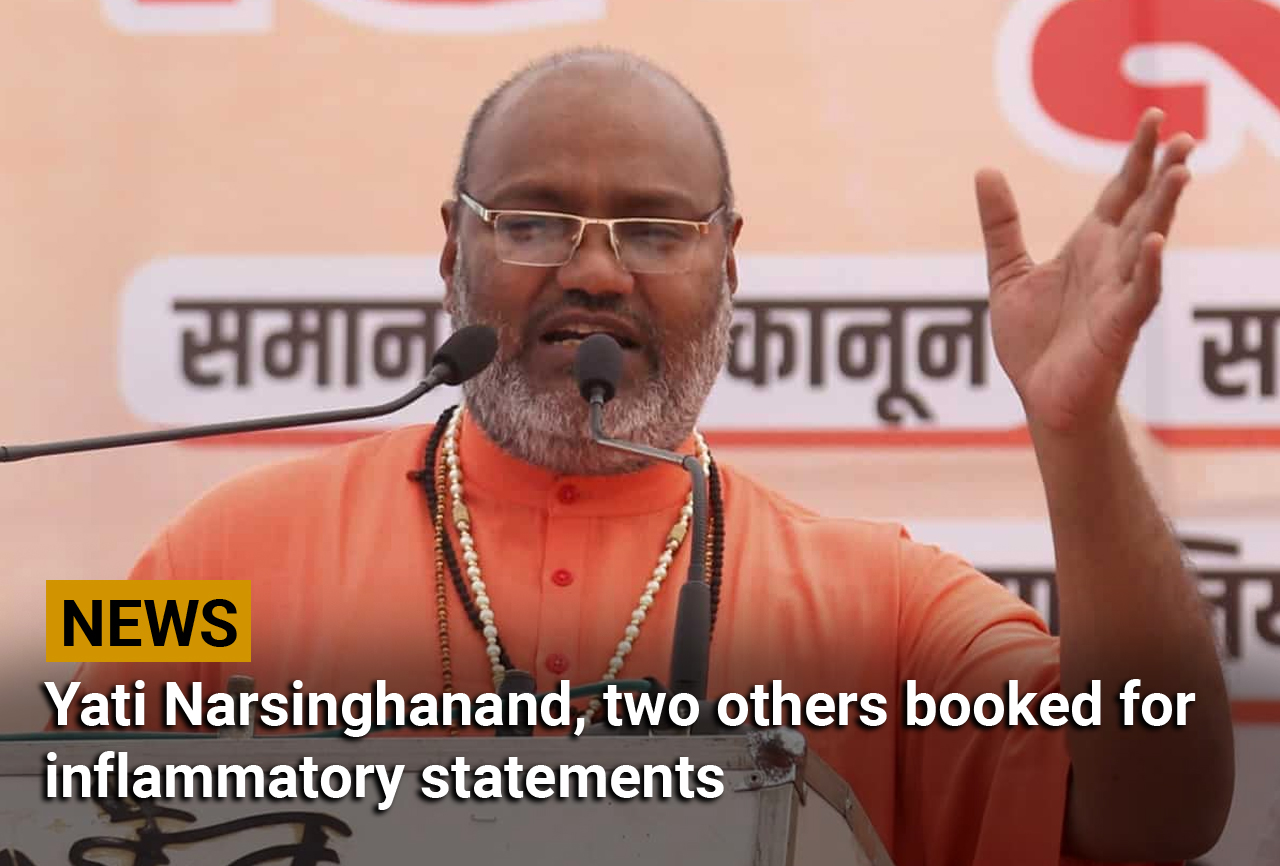 A video clip that has gone viral on social media shows Narshinganand purportedly using derogatory language against the Quran.

Aligarh: Controversial seer Yati Narshinganand, an Akhil Bharat Hindu Mahasabha functionary and her husband have been booked by the police for allegedly making inflammatory statements against a particular community, a police official said on Monday.

The head priest of Dasna Devi temple in Uttar Pradesh’s Ghaziabad, national general secretary of the Hindu Mahasabha Pooja Shakun Pandey and her husband Ashok Pandey allegedly made the provocative statements during a religious programme held in the city on Sunday night.

Superintendent of Police (city) Kuldeep Singh Gunawat told reporters that the programme was held without prior permission.

A video clip that has gone viral on social media shows Narshinganand purportedly using derogatory language against the Quran and also making provocative comments against the Aligarh Muslim University (AMU) and madrassas. He is seen and heard demanding that such institutions should be “demolished”.

A number of Muslim youth leaders, including former leaders of the AMU Students’ Union, accused the trio of deliberately trying to incite communal violence and demanded their immediate arrest.

Gunawat said they have been booked under Sections 188 (disobedience to order duly promulgated by public servant), 295A (deliberate and malicious acts, intended to outrage religious feelings of any class by insulting its religion or religious beliefs), 298 (uttering words, etc., with deliberate intent to wound religious feelings), 505(2) (statements creating or promoting enmity, hatred or ill-will between classes) and 506 (punishment for criminal intimidation) of the Indian Penal Code.

Narsinghanand has been involved in hate speech cases in the past as well. An FIR was lodged in Haridwar against him for making highly provocative speeches against Muslims at the Dharma Sansad, which was held in the holy city from December 17 to December 19 last year. At an event in Delhi, he had allegedly exhorted Hindus to take up arms to fight for their existence.

Bashir Noorzai Released by US in Exchange for Mark Frerichs: Muttaqi