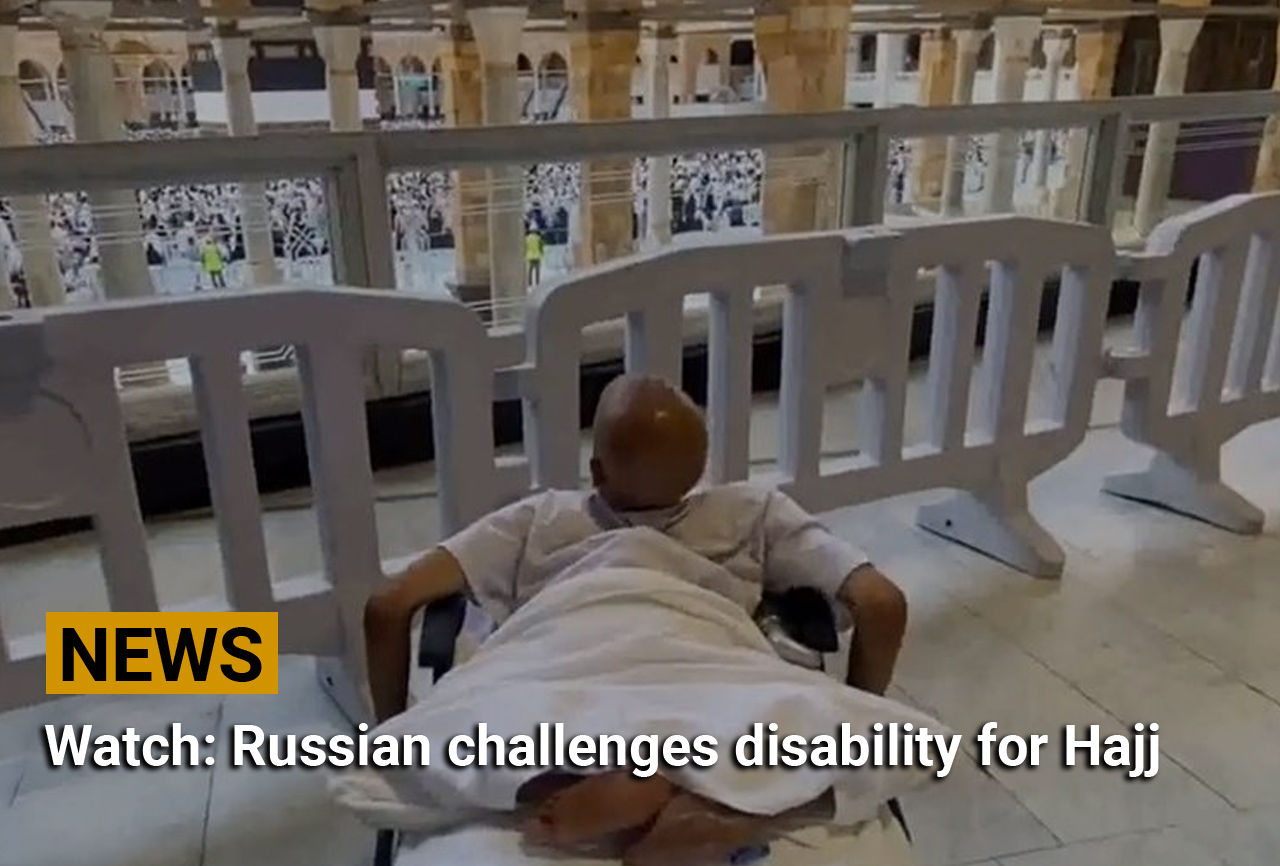 airo: Despite his disability, a Muslim Russian suffering from full paralysis has insisted on undertaking Hajj pilgrimage rituals in Saudi Arabia.

The 21-year-old man has been paralyzed since his birth, but has displayed resolve to attend this year’s Hajj.

Appearing in a report aired by the Saudi television Al Ekhbariya, the man said he feels at ease for being inside the Grand Mosque, home to the Kaaba.

“I pray to Allah and my confidence is great that one day I’ll be able to walk,” added the man, whose name was not given, who had visited Mecca before to perform umrah or lesser pilgrimage.

He confirmed that despite depending on a wheelchair, he is capable of undertaking the Hajj rituals, citing facilities offered by Saudi Arabia to give pilgrims access to smooth and comfortable services.

In going on the Hajj journey, the young Russian is escorted by his parents. “I’m proud of my son,” said his father. “He encouraged us to come to Mecca and perform the Hajj duty,” he added.

Around 1 million pilgrims from inside and outside the kingdom are gathering in Saudi Arabia for this week’s Hajj, as the kingdom has eased curbs and allowed overseas pilgrims this year after restricting the annual ritual to some thousands of Muslims living inside the country for the last two years due to the COVID-19 pandemic.