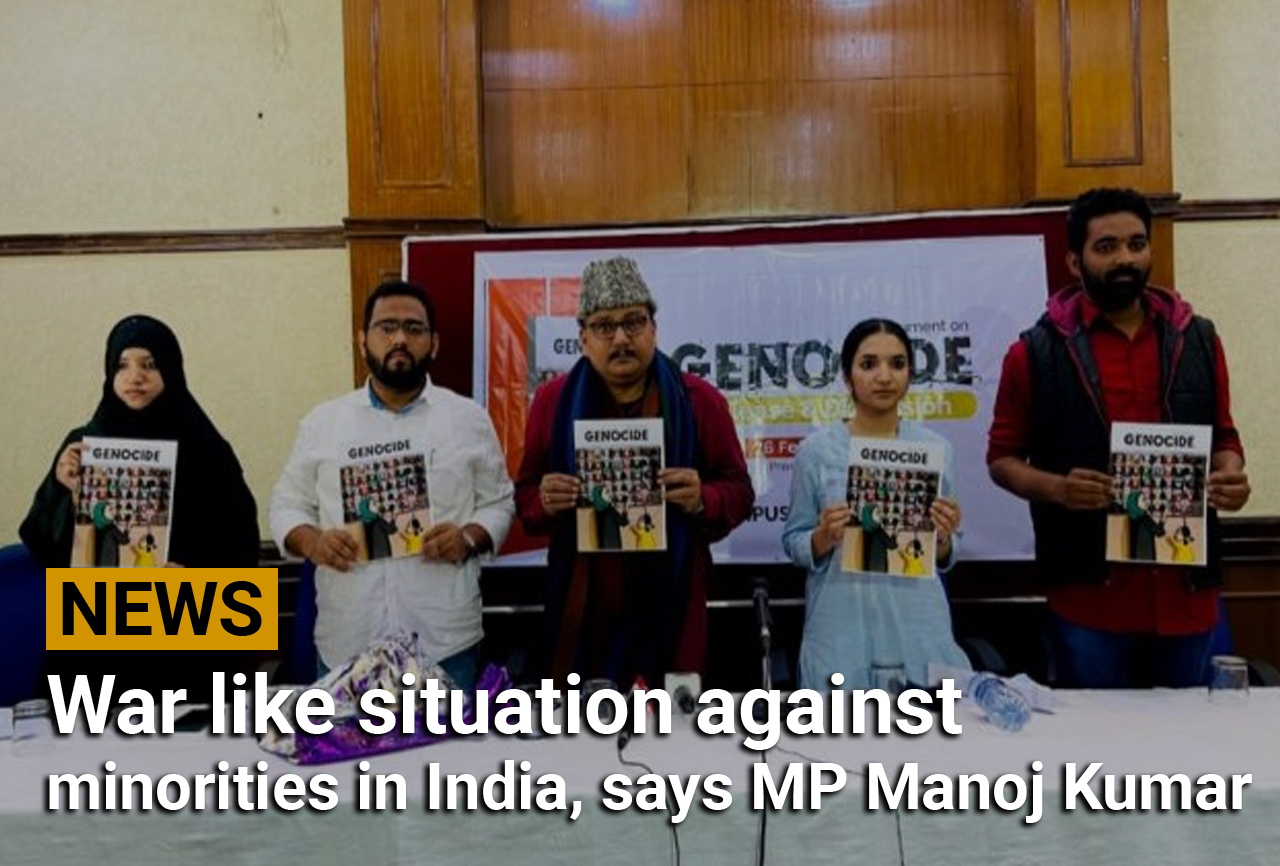 New Delhi: Rashtriya Janata Dal MP Manoj Kumar Jha said there is war like situation in India against the minorities as the government is allegedly backing the hate-peddlers. He was speaking at the release of Document on ‘Genocide’ here at the Press Club of India on Saturday.

Campus Front of India has released ‘Genocide’ a Document that highlights cases in a line with reference to the genocidal stages proposed by the various scholars. This document contextualises the Indian situation based on Gregory H Stanton’s ‘ten stages of genocide.

Expressing the grave concern over the increasingly hate-fill atmosphere, Rajya Sabah MP Jha stressed the need of resisting the genocide. He underlined the heinous backing of the government in spreading of hatred across the country. He called those who spread violence as “criminals”.

Speaking on the occasion, many speakers said the violence against minorities, especially on Muslims is escalated after right-wing Hindutva forces grabbed power at the centre.  They enlisted the notorious mob-lynching incidents, imprisonment of educated youths in fabricated cases, communal riots, police firing, religious persecution and even social discrimination and exclusion is a part of a systematic and organised programme, which is called genocide. It is a planned mass- murder of one group by another”.

When discussing the concept of genocide in India, Ashwan Sadiq P, the General Secretary of Campus Front of India, said how the RSS uses hate speeches to achieve power and disseminate their toxic ideology.

“The stages of genocide are unfolding simultaneously in our society,” human rights activist Kawalpreeth Kaur stated, “and she blasted the overwhelming justification and acceptance of Islamophobia in India.”

Farhan, a member of the National Committee on Campus, is present. Wajiha, a student activist and the president of the Campus Front Jamia unit, moderated the discussion.

What is Hijab: Frequently Asked Questions