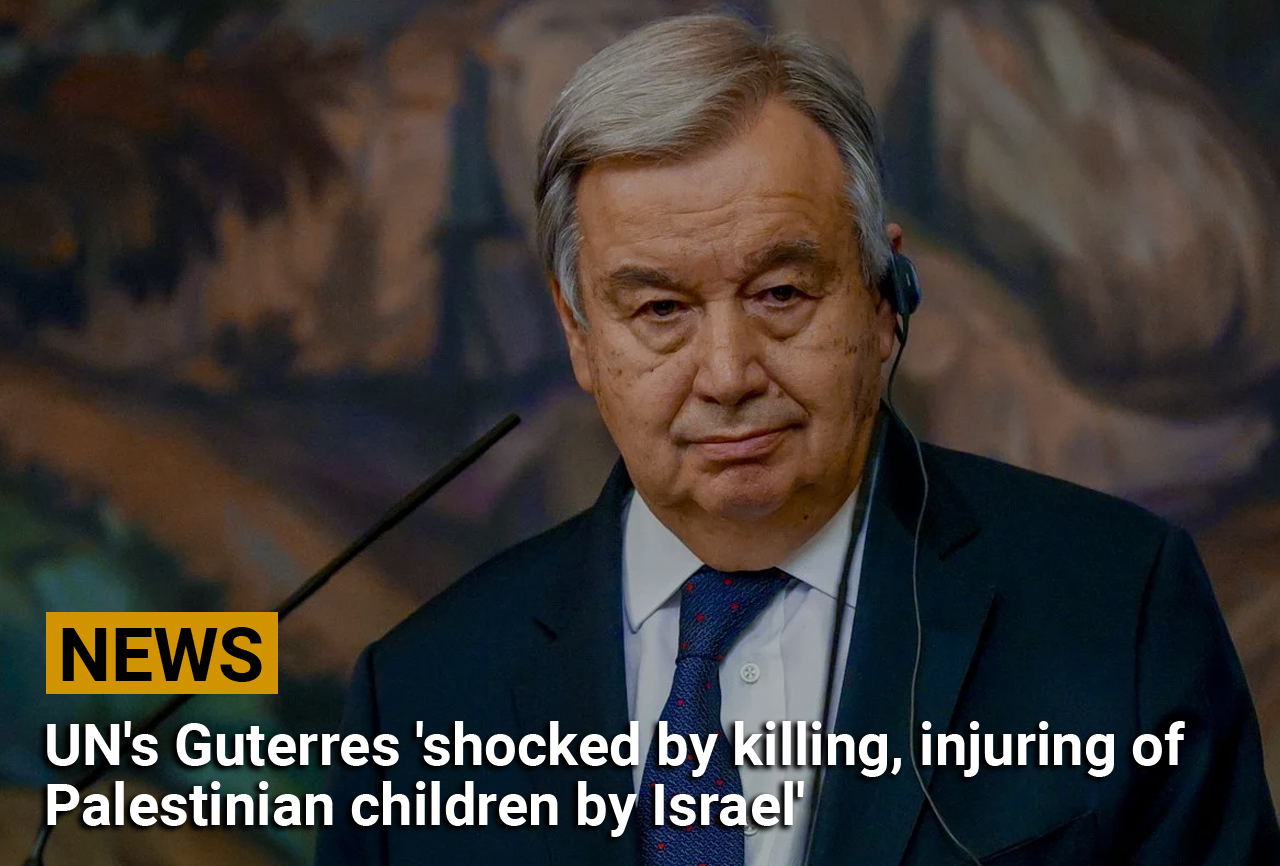 The UN Secretary General Antonio Guterres said he was “shocked by the killing and injuring of Palestinian children by Israeli forces in airstrikes on densely populated areas, through the use of live ammunition and at the continued lack of accountability for these violations.”

In its annual “Children and Armed Conflict” report, the UN said that Israeli occupation forces killed 78 Palestinian children, maimed another 982 and detained 637 in 2021.

“Should the situation repeat itself in 2022, without meaningful improvement, Israel should be listed,” Guterres warned in the report, in reference to parties that have put in place measures aimed at improving the protection of children during the reporting period and those that have not.

Therefore, he reiterated his call for “the Israeli forces to exercise maximum restraint in order to protect lives and to put in place preventive measures, and to review and strengthen their procedures to end and prevent any excessive use of force against children.”

Guterres, for the first time, acknowledged that

calling on “Israel to investigate every case in which live ammunition was used.”

The UN report highlighted the issue of the Palestinian children in Israeli prisons, where Guterres stressed on “the need for Israel to adhere to international standards regarding the detention of children, and to end administrative detention, ill-treatment and violence.”

He also expressed his concern over “the increasing Israeli attacks on schools and educational institutions that serve children,” stressing on the need to provide the necessary humanitarian and health assistance to children without any Israeli obstacles.

According to the report, the UN found at least 2,425 girls and 13,663 boys were victims of verified violations which included abductions, sexual violence, school and hospital attacks, and denial of medical and humanitarian aid during conflicts that took place in 2021.

Qureshi warns of the rise of ‘hatred and nationalism’