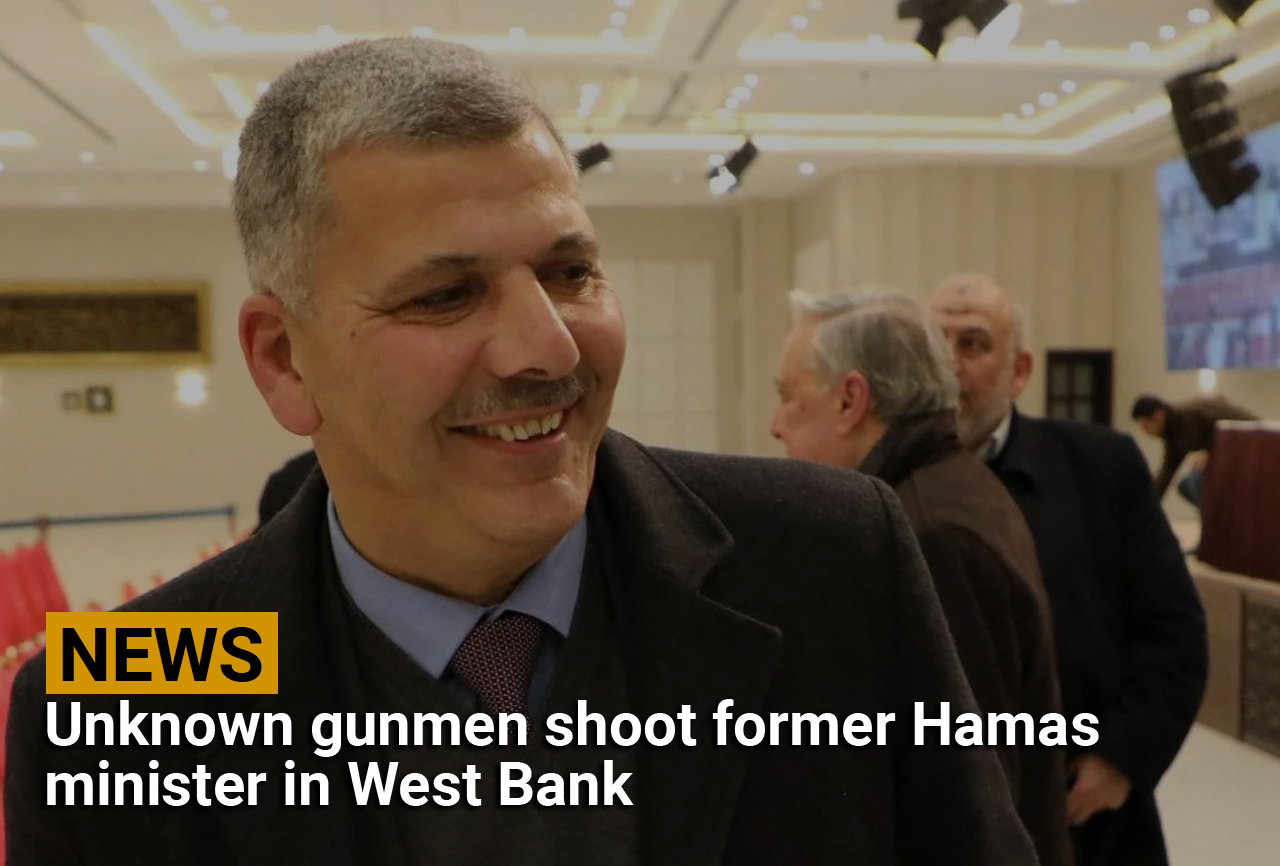 A former Palestinian deputy prime minister who is a prominent Hamas figure in the occupied West Bank was shot and wounded by unknown gunmen in the city of Nablus on Friday, in an assault apparently linked to a Palestine Authority (PA) crackdown on student dissent last month, according to local reports.

Assailants opened fire from a vehicle that stopped in front of Nasser al-Din al-Shaer’s car in the town of Kafr Qallil, south of Nablus.

He was wounded by six shots in the legs and taken to Rafidia hospital, where he is said to be in a stable condition.

Last month, Shaer, a lecturer at An-Najah University, was reportedly attacked and taken to hospital after he tried to stop plain-clothed security officers violently dispersing a student rally on campus.

Palestinian forces were seen beating students and spraying them with pepper gas to break up a protest against the university’s decision to expel a group of students.

In the aftermath of the assaults, a group of armed masked men issued a statement blaming Hamas for the violence and singled out Shaer, vowing to “stop anything that will enshrine divisions”.

An-Najah University has witnessed an escalation of the crackdown on Hamas affiliates by pro-PA forces since infighting in 2007, when the two groups split.

In the same year, Muhammad Raddad, 20, a member of the Islamic bloc student group affiliated with the Hamas movement, was killed on campus when PA security officers and university guards fired live ammunition at students following a heated student meeting.

‘Absence of law and order’

Shaer was appointed as education minister and deputy prime minister of the Palestinian National Authority in 2006, after Hamas won legislative elections.

He was dismissed the following year, along with all other Hamas ministers, after the Palestinian group took control of the besieged Gaza Strip in June 2007.

As he was taken to hospital on Friday, footage released by local media showed him urging people around him to maintain “national unity”.

The Palestinian Independent Commission for Human Rights said that it “condemns in the strongest terms the crime” and called on security services “to stand up to their responsibilities and take the legal action against the perpetrators as quickly as possible”.

Lawyer for Justice said the attack on Shaer was a result of the “absence of law and order” under the PA and the “failure to achieve justice” against those who committed crimes against political activist Nizar Banat and others.

Banat, an outspoken critic of the PA, died on 24 June last year while in Palestinian custody after dozens of security forces stormed his home in Hebron to arrest him.

The prominent Palestinian political activist and advocate of free speech was known for his outspoken videos on social media criticising the PA for its corruption and its security coordination with the Israeli military in the occupied West Bank.

His death met with widespread outrage and angry protests in the West Bank. It also raised questions about the legitimacy of the PA as a governing body.

No one has yet been held accountable for his death.

Palestinian President Mahmoud Abbas also condemned the shooting of Shaer on Friday and phoned him to wish him a speedy recovery, according to the official Wafa news agency.

Abbas ordered an investigation of the assault and vowed to bring the assailants to justice.